Senate Minority Leader Mitch McConnell said Wednesday he told former President Donald Trump that he should not push to end the Senate filibuster during his presidency.

In an interview with Fox News, McConnell mentioned that Trump asked him to work out a deal to end the filibuster for a number of years during his presidency, but that he rejected Trump’s request.

“President Trump tried to get me to orchestrate the end of the filibuster for a number of years, even tweeted about it, and I said ‘no, Mr. President, that is not in the best interest of the institution … it’s actually not in your best interest either,'” McConnell said.

“I said no. They’re prepared to steamroll the Senate into a majoritarian body like the House, because it inconveniently gets in the way of all they want to do,” McConnell added. 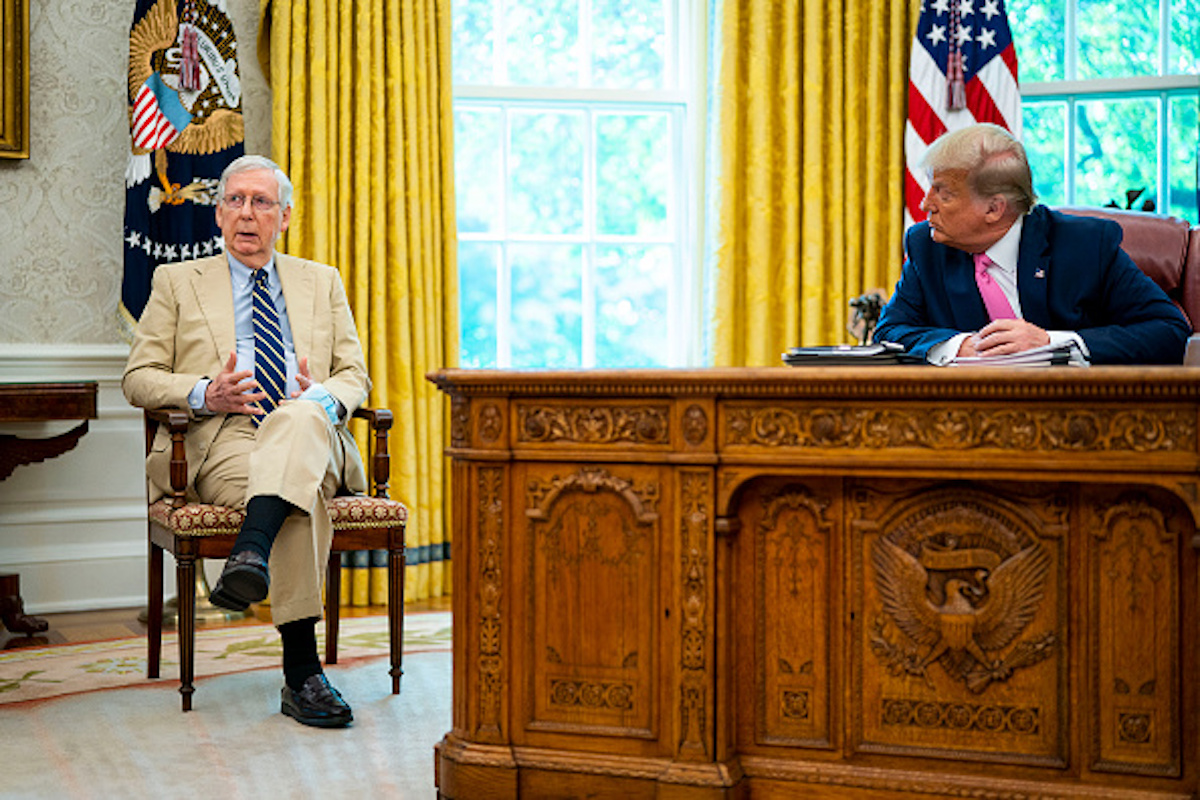 President Joe Biden suggested Tuesday that he would support changes to the Senate filibuster, saying that he would back a rule that required objecting lawmakers to be on the floor. (RELATED: Biden Suggests He Is Open To Restoring Traditional Filibuster, Would Require Continued Speaking)

In late January, McConnell declared a victory over the possibility of abolishing the filibuster, mentioning the fact two Democrats confirmed that they would not vote to change the Senate rules. (RELATED: Kyrsten Sinema Won’t Support Eliminating Filibuster, ‘Not Open To Changing Her Mind’)

Democratic Arizona Sen. Kyrsten Sinema will not support eliminating the filibuster and her mind “cannot be changed,” her spokesperson said. Also, Democratic West Virginia Sen. Joe Manchin said he will not vote to do so, making it unlikely Democrats would try to abolish the filibuster with the lack of support necessary to make the change.