Uber drivers in the U.K. will begin receiving benefits traditionally associated with full-time work such as paid vacation and pensions after a landmark supreme court ruling.

Uber announced that it would reclassify its U.K. drivers as “workers,” not independent contractors, and offer the benefits to its driver beginning Wednesday, The Wall Street Journal reported. The Silicon Valley tech company said Tuesday that it hoped its ride-sharing competitors and other app-based companies would follow their lead.

“We now need European policy makers, other platform companies and social representatives to come together to strengthen independent work — rather than eliminate it — with industrywide minimum standards, while safeguarding the flexibility platform workers say is most important to them,” Uber CEO Dara Khosrowshahi said, according to the WSJ.

While Uber’s reclassification of drivers marked a victory for labor activists, the company said it wouldn’t pay minimum wage to workers until they accept a trip, the WSJ reported. Activists demanded that the company would guarantee minimum wage for drivers immediately after they signed into the app. (RELATED: Uber Must Pay Drivers Minimum Wage, Provide Paid Vacation, UK Court Rules) 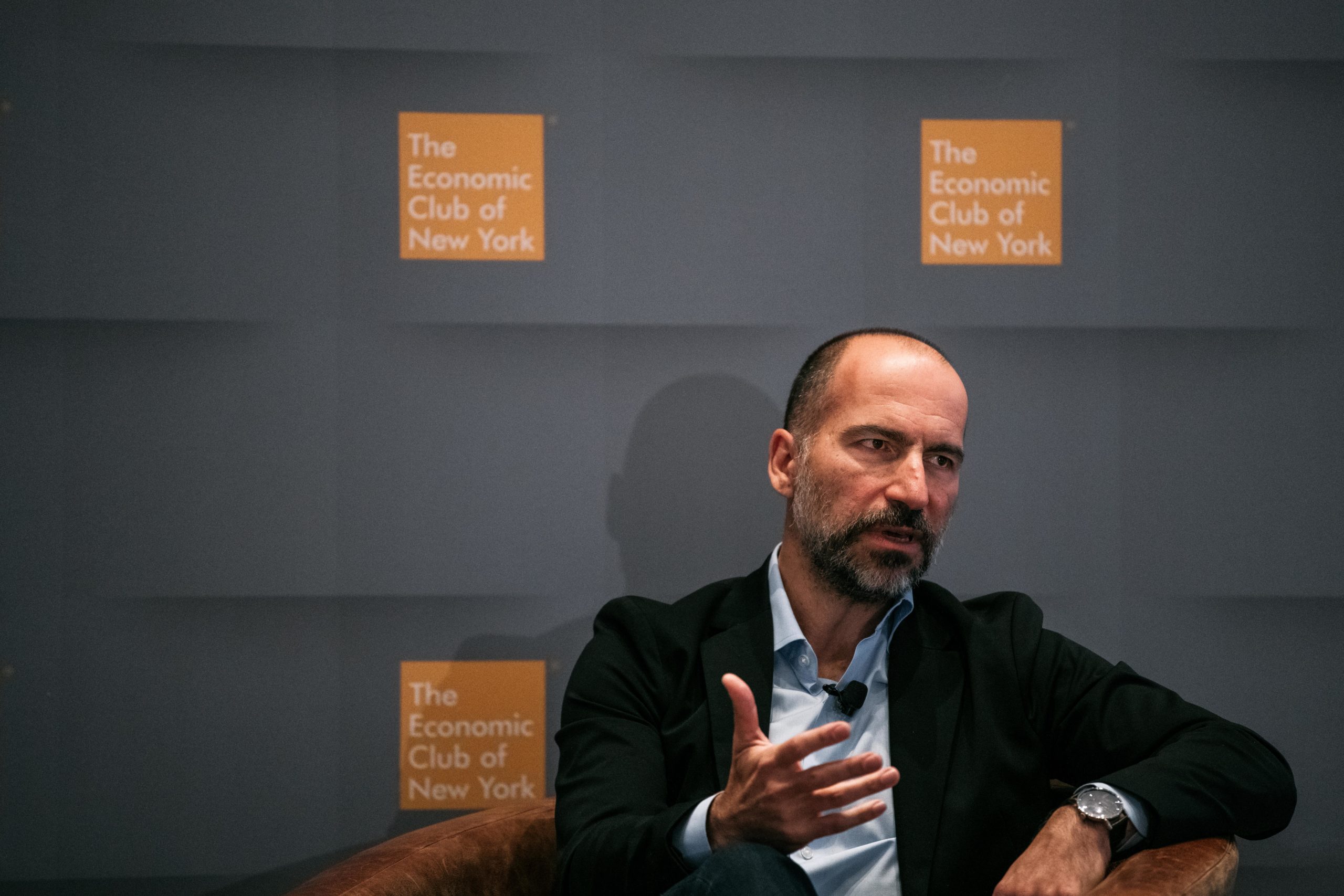 Uber CEO Dara Khosrowshahi speaks at a meeting of the Economic Club of New York in 2019. (Scott Heins/Getty Images)

The decision will ultimately affect the company’s 70,000 drivers in the U.K., according to the WSJ. The British market represented 6.4% of the company’s ride bookings between October and December.

The U.K. Supreme Court ruled in February that Uber must pay benefits and minimum wage to a small group of former drivers in a decision that activists hoped would set a precedent for all app-based workers.

“Drivers are in a position of subordination and dependency in relation to Uber such that they have little or no ability to improve their economic position through professional or entrepreneurial skill,” said George Leggatt, a judge on the high court.

In November, Californians approved a ballot provision that exempts app-based workers from a law classifying many freelancers as full-time employees in a major win for platforms like Uber and Lyft. Uber and several other app-based companies spent hundreds of millions of dollars in an effort to convince voters to approve the exemption.