Women’s advocacy groups funded a plane that flew over New York’s state house with a banner that read “New Yorkers say Cuomo’s got to go!”

The Women’s March, UltraViolet, and Girls for Gender Equity bankrolled the banner, according to the New York Post, demanding that Cuomo step down following allegations of sexual harassment from seven different women. (RELATED: Schumer, Gillibrand Call On Gov. Cuomo To Resign Over Sexual Misconduct Allegations)

The embattled governor is being investigated by both the state attorney general’s office for allegations of workplace sexual misconduct and by the Department of Justice for his role in knowingly undercounting the deaths of New York nursing home patients.

Cuomo denied that he ever inappropriately touched anyone and said Friday that no one wants the reviews to conclude “more quickly and more thoroughly” than he does. He also asked for lawmakers to wait for the investigations’ results before drawing conclusions, and he refused to resign. 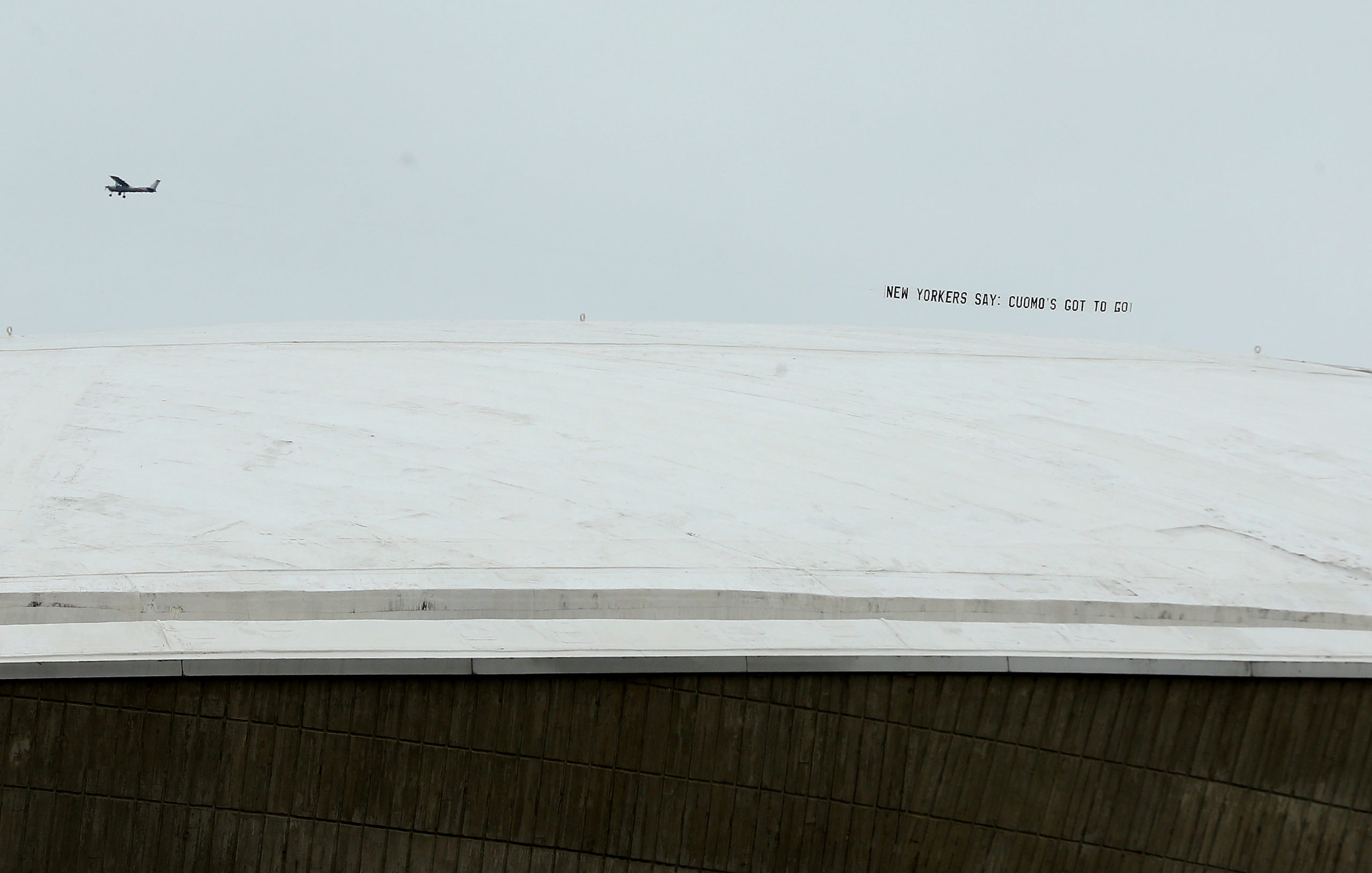 Executive director at the Women’s March Rachel O’Leary Carmona told the New York Post that “Cuomo has proven himself to be a serial predator who abuses his power, his office and the women who work for him.” (RELATED: Here’s What Impeachment Looks Like For Cuomo — And Who Would Replace Him)

“The time for men in power abusing, harassing and grooming women — and all people subordinate to them — is over,” said Joanne Smith, CEO of the Brooklyn-based Girls for Gender Equity, according to the New York Post. “New Yorkers will not tolerate gender and sexual violence; it’s time for Andrew Cuomo to resign!”

“To the people who have survived sexual and emotional abuse from New York’s governor, know that we see you and we believe you,” she added.

President Joe Biden said Tuesday that Cuomo should resign if sexual misconduct allegations against him are confirmed to be true.