Border patrol agents and sector chiefs were told to deny media requests for “ride-alongs” with agents and that the Washington office must provide approval, according to four current and two former Customs and Border Protection (CBP) officials, NBC News reported. Officials who keep track of the number of migrants in custody were instructed not to share the information with anyone.

The officials were not authorized to speak on the topic and requested anonymity, according to NBC News. Officials described the restrictions as an unofficial “gag order.” 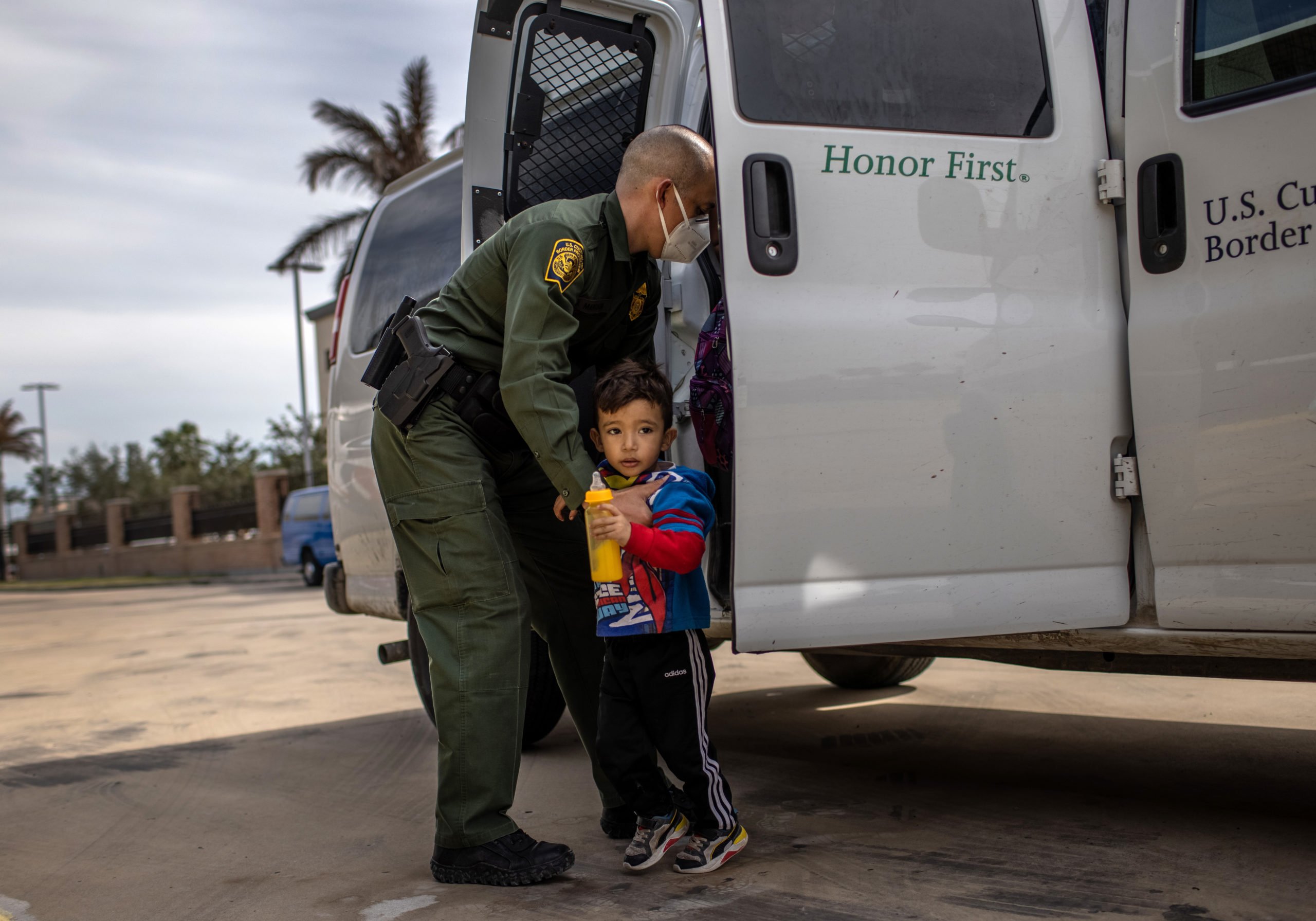 A U.S. Border Patrol agent delivers a young asylum seeker and his family to a bus station on February 26, 2021 in Brownsville, Texas. (Photo by John Moore/Getty Images)

The officials said the regulations were given verbally and not through an official memo, NBC News reported. Some agents have posted videos of mass arrests and surges of migrants without permission, according to two of the officials.

Dozens of migrants and children are seen crossing the Rio Grande into Texas using a raft, video shows. The video was reportedly recorded in March and came from a border agent, according to two CBP officials.

The Department of Homeland Security (DHS) and CBP have not allowed media tours of facilities including the Donna, Texas, processing facility, which is reportedly holding unaccompanied migrant minors over capacity, according to a CBP official, NBC News reported.

“The Biden administration knows full well that it has created an unprecedented humanitarian and border crisis in just its first full-month in office and doesn’t want it to be shown to the American people and the rest of the world,” Federation for American Immigration Reform Press Secretary Matthew Tragesser told the Daily Caller News Foundation.

“President Biden stated that in a democracy, the public deserves as much transparency as possible. The so-called “gag order” on Border Patrol Agents does the antithesis of that,” Tragesser added. “The administration must take responsibility for its actions and not erode public trust.”

Media requests to tour the privately operated Trump-era facility for unaccompanied migrant children in Carrizo Springs, Texas, were denied due to COVID-19, a Health and Human Services Administration for Children and Families spokesperson told the DCNF.

“The Office of Refugee Resettlement (ORR) is not hosting media tours of unaccompanied children (UC) facilities currently due to the COVID-19 pandemic,” an ACF spokesperson told the DCNF. “If media tours resume, we will send a media advisory,” the spokesperson added.

Multiple media outlets were denied requests for access to or photographs of facilities holding unaccompanied migrant minors, NBC News reported. One photograph of a mother and child during a health screening at a facility was released Tuesday, though the DHS did not provide other frames showing the conditions of the facility.

“Across the federal government, certain employees are designated spokespeople for their respective agencies and public statements are vetted to ensure accuracy. This standard and process has been followed at DHS since the Department’s inception and across bipartisan administrations. Customs and Border Protection continues to publicly provide the same monthly data on the same schedule as it has since 2014,” a DHS spokesperson said, NBC News reported.

Another current official who served during the last three administrations said the restrictions are similar to how the Obama administration operated, NBC News reported.

“It was more restrictive under Obama than under Trump, when there was more autonomy for each region to speak to the media,” the second current official said, NBC News reported.

CBP did not respond to the DCNF’s request for comment.