Ike Hajinazarian, the White House regional communications director, announced the meetings, which follow on the heels of a shooting spree that killed six women of Asian decent in the metro-Atlanta area. Biden and Harris’ trip Friday to Atlanta was originally part of the White House’s “Help is Here” tour, celebrating the president signing the $1.9 trillion American Rescue Plan into law.

NEWS: @POTUS and @VP will meet with Asian-American leaders during their visit to Atlanta on Friday to offer support to the community after the shooting deaths of eight people, six who were Asian women, at spas around the metro area. https://t.co/AnV13aCIvY

The White House declined responses to inquiries Thursday on who else from outside the administration would take part in the meetings. (RELATED: Biden Says Atlanta Massage Shootings Are ‘Very Troubling’ But He’s Still ‘Waiting For An Answer’ On Shooter’s Motive)

Biden himself called the killings “very troubling on Wednesday,” yet stopped short of outright declaring them hate crimes.

“The investigation is ongoing,” he said ahead of his virtual meeting with Irish Taoiseach Micheál Martin, “and the question of motivation is still to be determined.” 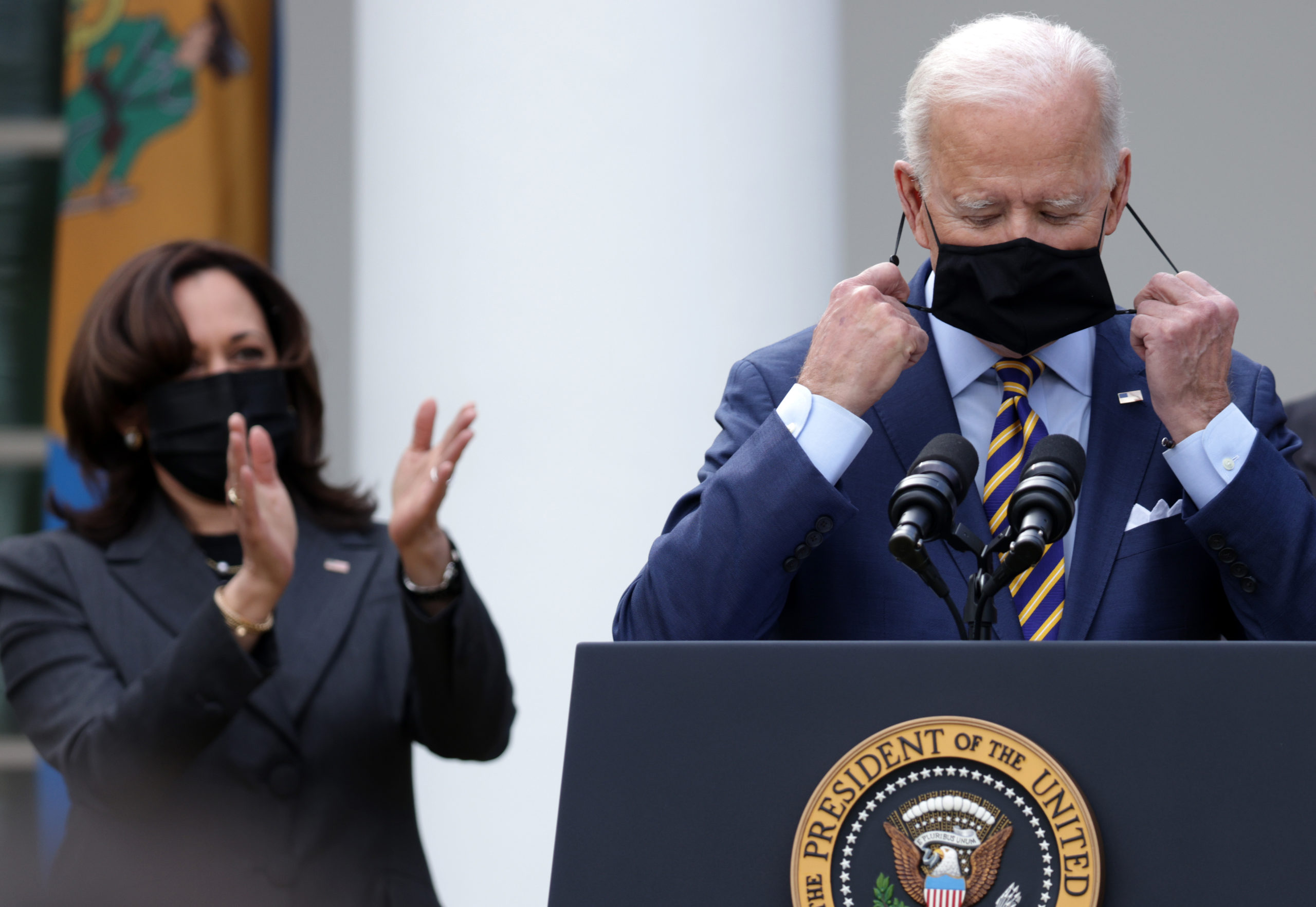 WASHINGTON, DC – MARCH 12: U.S. President Joe Biden (R) takes off his mask as Vice President Kamala Harris (L) looks on during an event on the American Rescue Plan in the Rose Garden of the White House on March 12, 2021 in Washington, DC. President Biden signed the $1.9 trillion American Rescue Plan Act into law that will send aid to millions of Americans struggling from the COVID-19 pandemic. (Photo by Alex Wong/Getty Images)

“Whatever the motivation here I know that Asian Americans are very concerned — because as you know I’ve been speaking about the brutality against Asian Americans for the last couple of months, and I think it is very troubling,” the president continued. “I’m making no connection at this moment to the motivation of the killer and waiting for an answer as the investigation proceeds from the FBI and from the Justice Department.”