Psaki clarified in a Thursday press briefing that the donation of vaccine doses to Mexico did not come as part of a negotiation for Mexico to assist in the ongoing migration surge. 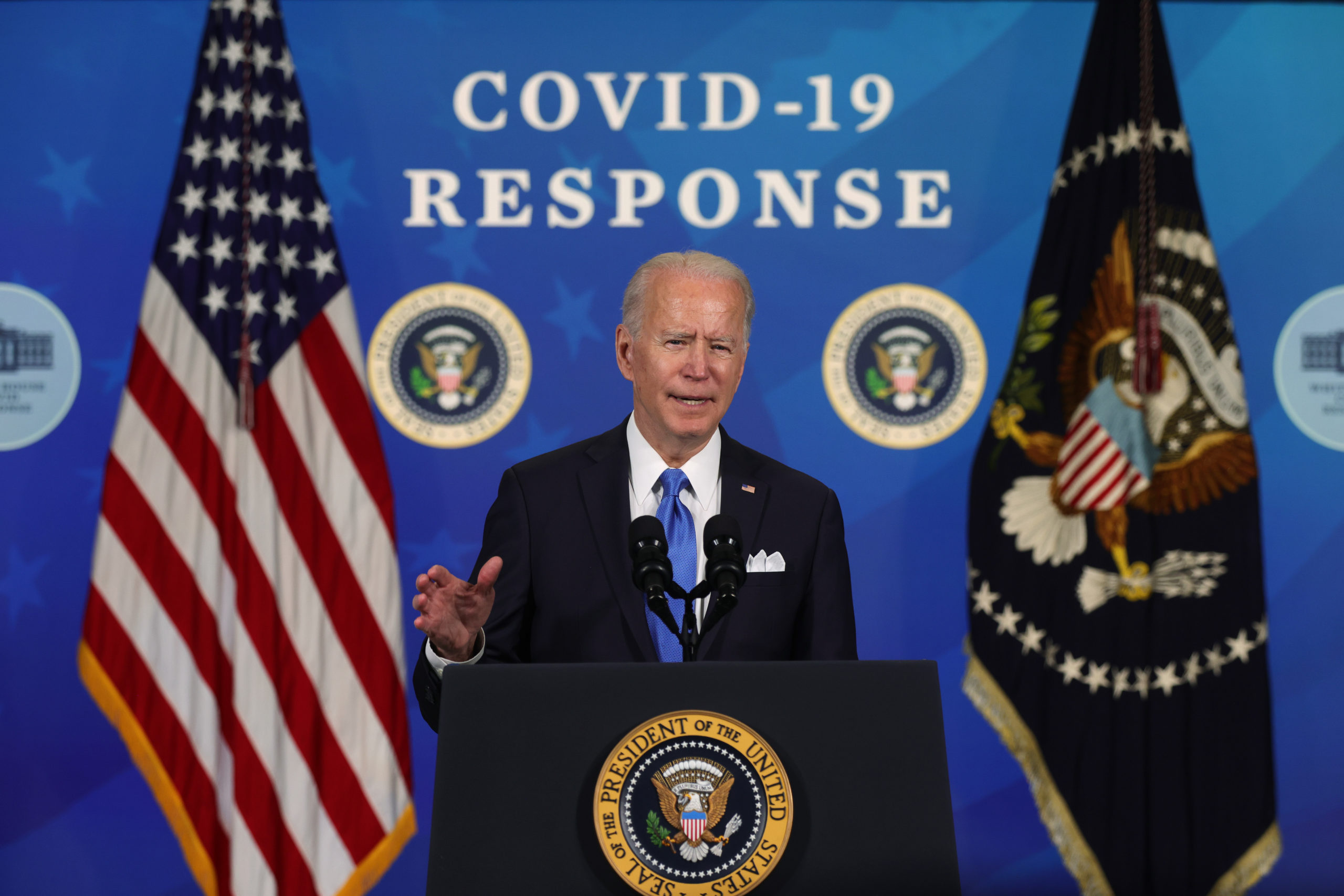 WASHINGTON, DC – MARCH 10: U.S. President Joe Biden speaks during an event with the CEOs of Johnson & Johnson and Merck at the South Court Auditorium of the Eisenhower Executive Office Building March 10, 2021 in Washington, DC. President Biden announced that the government will purchase 100 million more doses of the Johnson & Johnson COVID-19 vaccine. (Photo by Alex Wong/Getty Images)

SCOOP: The U.S. plans to send 2.5 million doses of AstraZeneca COVID-19 vaccine to Mexico and 1.5 million doses to Canada, administration officials tell me. The loan does not affect @POTUS goal to have enough vaccine for all U.S. adults by the end of May.

Biden announced March 2 that the U.S. had ramped up its vaccine manufacturing and would obtain enough doses to vaccinate all Americans by the end of May. The administration had previously said all Americans wouldn’t have vaccines until the end of July.

The AstraZeneca doses sat in regulatory limbo for months under Biden following the transition away from President Donald Trump’s administration. The Trump administration ordered millions of doses, but the Food and Drug Administration (FDA) has yet to approve the vaccine as effective.

The Biden administration has not announced any further plans to donate vaccine doses internationally.