Scientists in the United States and Canada have announced new efforts in the war against murder hornets, according to The Associated Press.

Scientists said that they are working on stopping the hornets from settling in North America. The giant insects have been spotted in Whatcom County, Washington and Fraser Valley of British Columbia in recent years, according to the AP.

The hornets threaten human life as well as other bee populations and insects, according to an expert from the British Columbia Ministry of Agriculture, who spoke to the AP.

Murder hornets, also called Asian giant hornets, are the world’s largest hornets and can kill an entire honey bee hive in hours, according to The Associated Press.

“This is not a species we want to tolerate here in the United States,” Sven-Erik Spichiger, from the Washington State Department of Agriculture, told the AP.

“The Asian giant hornet is not supposed to be here,” he said. “We may not get them all, but we will get as many as we can.” 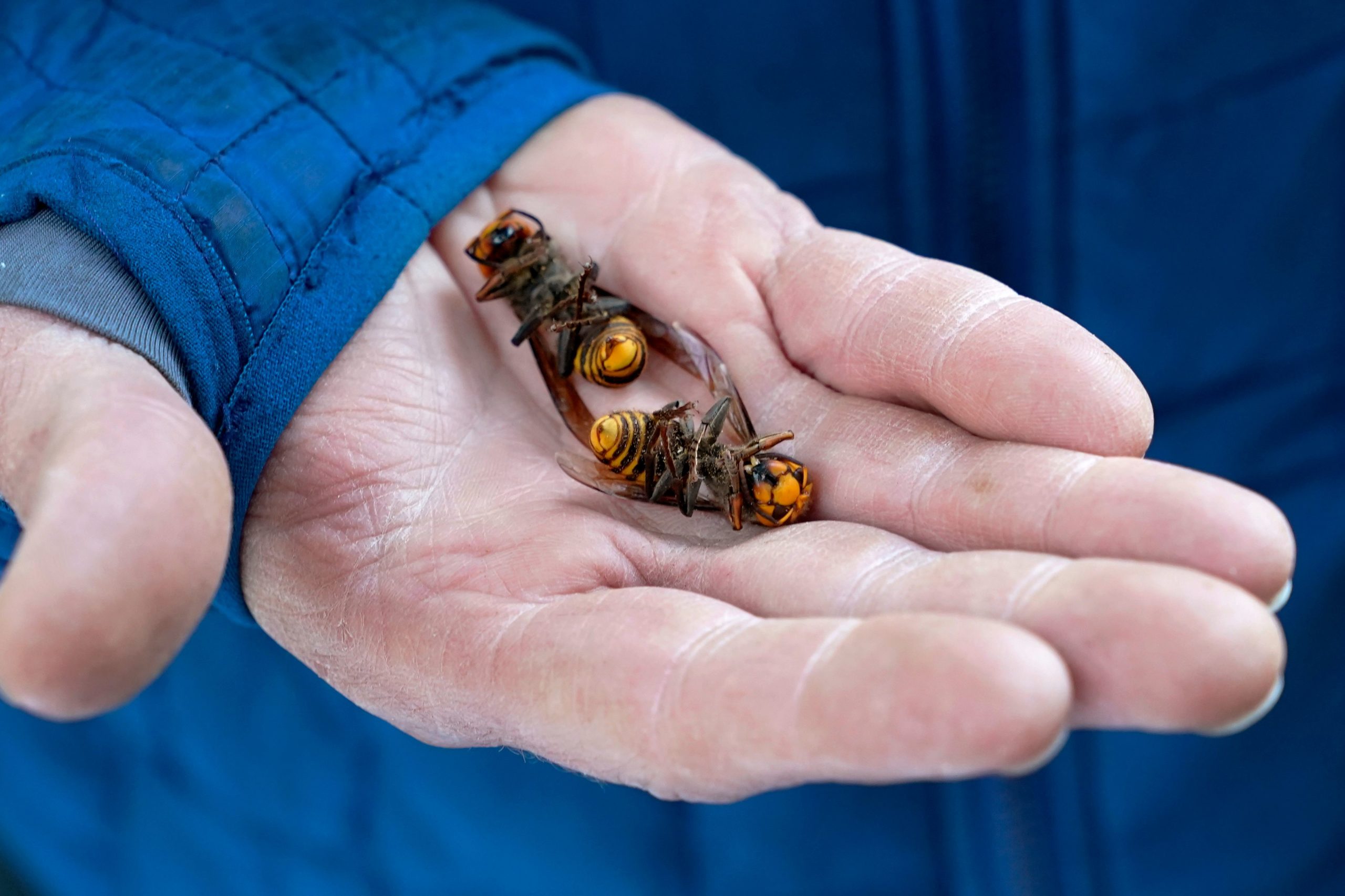 A Washington State Department of Agriculture workers holds two of the dozens of Asian giant hornets vacuumed from a tree on Oct. 24, 2020, in Blaine, Washington. – Scientists in Washington state discovered the first nest earlier in the week of so-called murder hornets in the United States and worked to wipe it out Saturday morning to protect native honeybees. Workers with the state Agriculture Department spent weeks searching, trapping and using dental floss to tie tracking devices to Asian giant hornets, which can deliver painful stings to people and spit venom but are the biggest threat to honeybees that farmers depend on to pollinate crops. (Photo by ELAINE THOMPSON/POOL/AFP via Getty Images)

Thousands of traps will be set up by government agencies and citizens in the spring to capture the queen hornets and stop them from creating nests, according to the AP.

Initial studies have led scientists to believe that the hornets in the United States are related to those in South Korea, though scientists are still trying to determine how they travel across the Ocean. (RELATED: Beekeeper Reportedly Dumps Nest With 1,500 Asian Hornets Outside Town Hall In France)

Spichiger told The Associated Press that one theory is that they travel on cargo ships.

The hornets kill, at most, a few dozen people per year in Asian countries. Hornets, wasps and bees from the United States kill around 62 people a year, the U.S. Centers for Disease Control and Prevention told the AP.