There aren’t a lot of people who tell the truth about voting rules. As the Senate takes up the bill the House just passed to drastically amend the rules that govern our elections, it seems like a good time to step back and examine what’s really going on. For some reason, the truth is missing from almost all the reporting, both in the liberal press and in conservative media.

Both Republicans and Democrats approach debates over the rules and systems for our elections with the same fundamental belief: Making voting easy helps Democrats, and making voting harder helps Republicans.

This premise is grounded in historical fact. For many years, older and higher-educated voters have turned out to vote in higher numbers on average than younger and lower-educated voters. Republicans used to be dominant with older and more educated people. This led to a common and still enduring belief among both Republicans and Democrats that Republican voters are more committed to getting their vote in and will therefore turn out in higher numbers, even in a strict system. The belief is the same on the other side: Democrats are less likely to turn out to vote on average, so systems that make voting easier are more likely to motivate marginally interested Democrats than Republicans. Again, there isn’t a ton of debate about this premise. Both parties believe it. 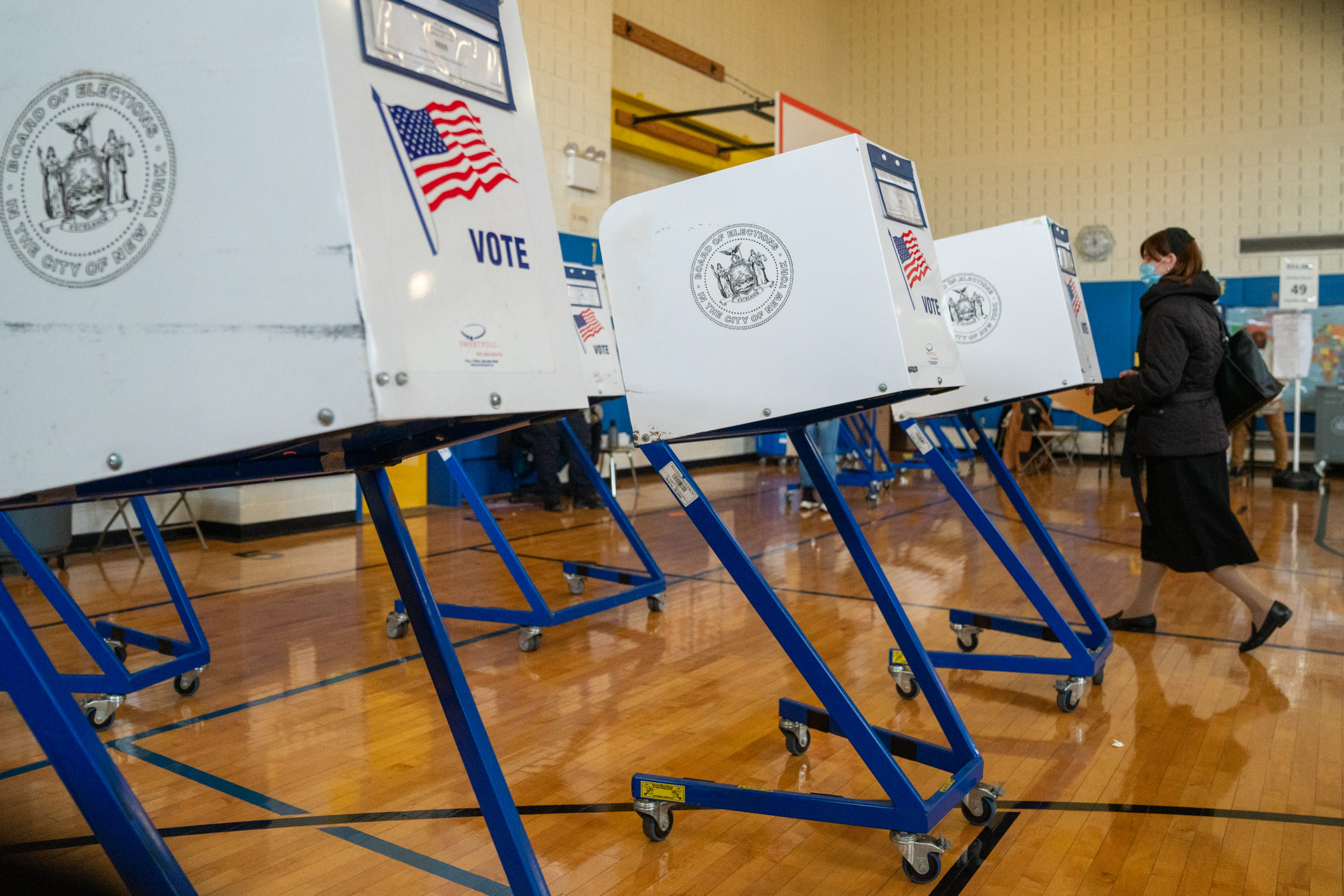 NEW YORK, NY – NOVEMBER 03: A voter walks to a booth to fill out their ballot at Public School 160 on November 3, 2020 in the Brooklyn borough of New York City. After a record-breaking early voting turnout, Americans head to the polls on the last day to cast their vote for incumbent U.S. President Donald Trump or Democratic nominee Joe Biden in the 2020 presidential election. (Photo by David Dee Delgado/Getty Images)

The first obvious point is that with all the voting realignment we are seeing, it’s no longer as clear that all these preconceived notions will hold true. Highly educated people are now voting Democrat more than they used to, and working people are voting Republican more than they used to. Many Republicans talk openly of becoming the party of the working class American. If they succeed, it could be Republicans who benefit from increasing voter turnout in the future. (RELATED: House Passes Partisan Election Bill With Zero Republican Votes)

The second point is that we like to pretend our debates about voting are detached from politics. If you want to understand just how politically motivated all politicians are when it comes to voting rules, just look at the shape of congressional districts. Politicians have drawn the lines in ways they think benefit their party, and they are the single most interested parties when it comes to our elections. Yet they get to make the rules. For some reason, the press plays along as we debate issues such as voter suppression and voter security. Those issues matter a lot, but every politician is thinking as much or more about getting more members of their own party elected as they are about the real merits of our voting policies. This is why Democrats openly push policies that will decrease the security of our elections. If your goal is more voters no matter what, then security is an afterthought, if it’s a thought at all. This is also partly why Republicans talk so much about security. Fewer voters helps Republicans. They know that.

The reality is we are going to change the way we vote as technology advances. For Republicans, constantly trying to impede this is not a good long-term strategy. Virtually every part of our country has been made more efficient through the use of technology, yet many of our counties still vote with hole punches through paper. That’s not going to last. Putting aside privacy concerns, there’s probably no more secure way to vote than with our phones and a biometric key such as a fingerprint or eye scan. That sort of thing is coming, and when it does, a lot more people will likely vote. Republicans should be prepared for that day. 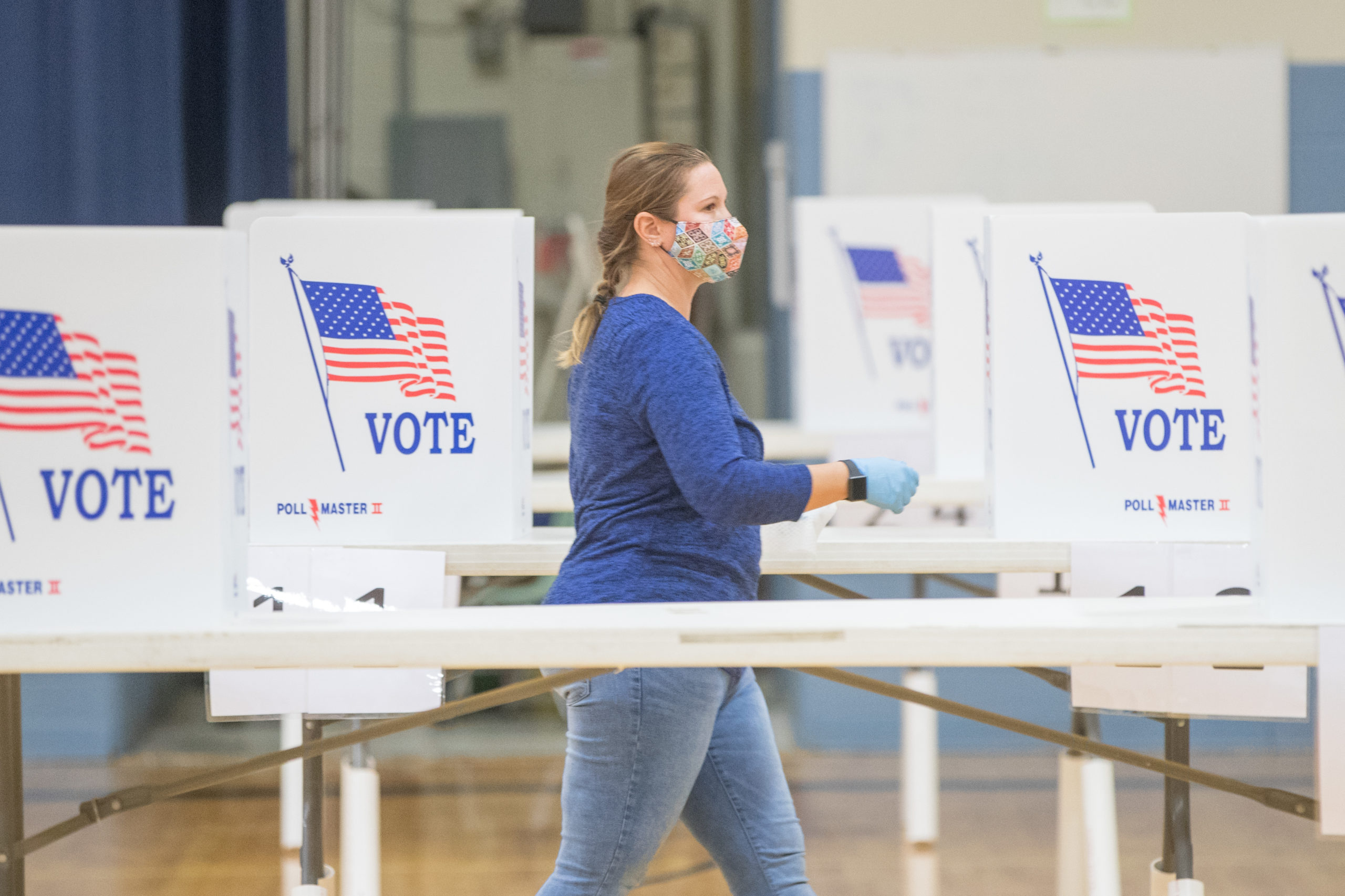 HERMON, ME – NOVEMBER 03: A election worker moves between voting booths at a polling location on November 3, 2020 in Hermon, Maine. After a record-breaking early voting turnout, Americans head to the polls on the last day to cast their vote for incumbent U.S. President Donald Trump or Democratic nominee Joe Biden in the 2020 presidential election. (Photo by Scott Eisen/Getty Images)

Democrats’ desire to pretend security concerns don’t exist at all is fueling a total lack of confidence in our system. At a time when people are already showing a historic lack of trust in our leaders and our leading institutions, trust in our elections is paramount for our country’s stability. Huge numbers of Democrats did not trust the outcome of our 2016 election, and even more Republicans felt that way in 2020, yet Democrats in the House just passed a bill that would completely undercut whatever confidence currently exists in our election system. The bill is now in the Senate. It’s a disaster.

The problems with the Democrats’ partisan election “reform” bill are too numerous to go through here, but the Daily Caller and others have summarized them well. (RELATED: Congressional Democrats Want To Make Ballot Harvesting The National Standard, Regardless Of What States Want)

One provision in particular gives away their partisan motivations. The bill would ban states from requiring voters to show an ID when voting or even when requesting absentee or mail-in ballots. Thirty-six states have ID laws in place that this federal law would preempt. Even aside from the fact that our Constitution puts states in charge of these issues, why would you ever want to ban IDs for voting? Isn’t that an invitation for voter fraud? Proponents of the ban say ID requirements suppress the vote, especially in minority communities — but we require identification for so many things in our day-to-day lives that it would be impossible to get by without one. You couldn’t cash a check, rent a car, buy beer or wine or do hundreds of other tasks without one. To pretend that a simple security measure like identification is somehow voter suppression is to give away your partisan motivation.

We need a voting system that lets any eligible voter who wants to vote do so conveniently, and we need systems in place to assure voters that our elections are fair. The Democrats’ proposed partisan voting law misses this balance altogether.