Nelson served in the United States Senate from 2001-2019, where he was known as the “go-to senator for our nation’s space program,” the White House said in a press release. He was defeated in the 2018 midterm elections by then-Florida Gov. Rick Scott. (RELATED: US Commander Warns Of China’s Military Posture Across ‘Land, Sea, Air, Space’) 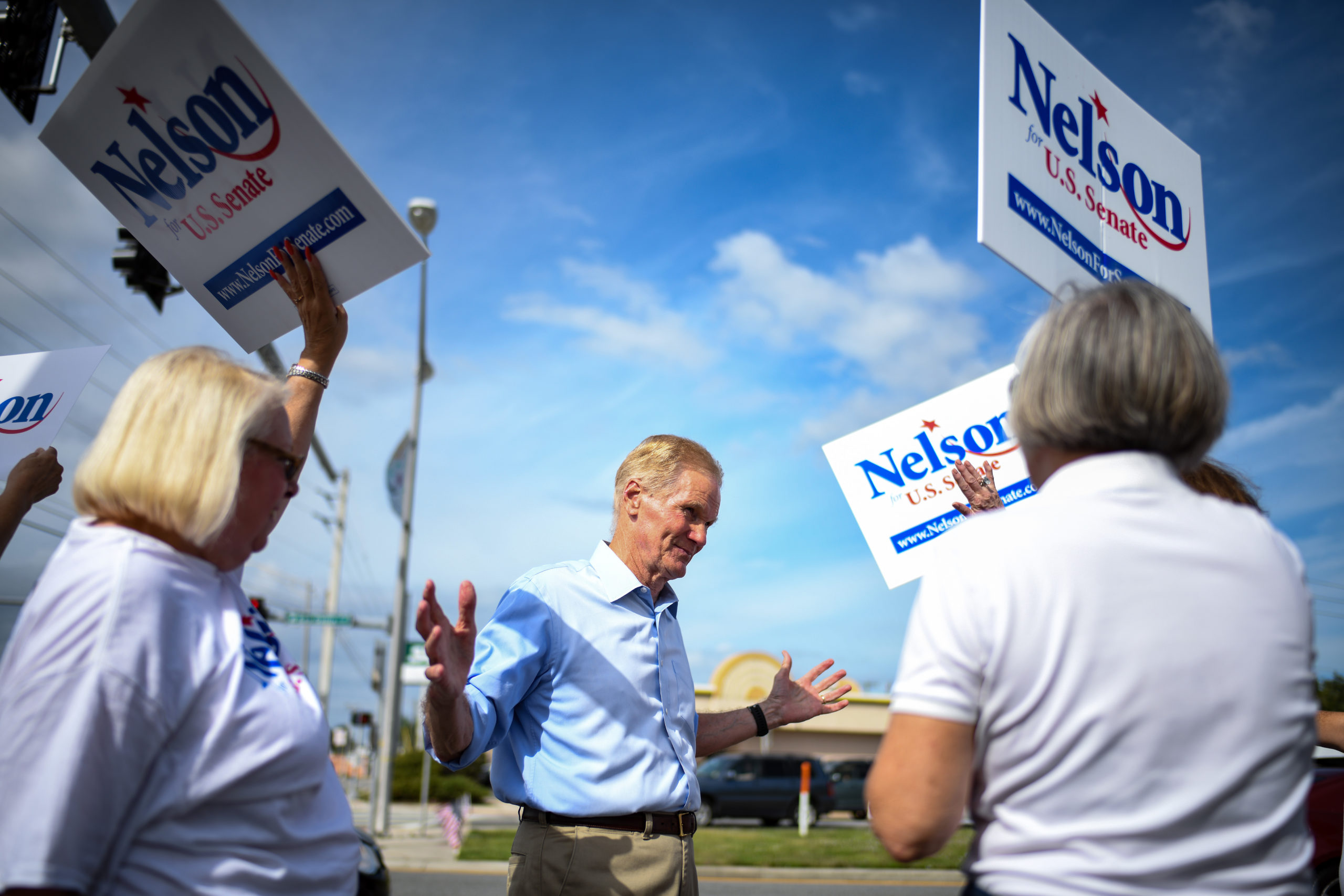 MELBOURNE, FLORIDA – NOVEMBER 05: Senator Bill Nelson (D-FL) attends an election sign waving event at US 1 at US 1 & Eau Gallie Boulevard during the final full day of campaigning in the midterm election on November 5, 2018 in Melbourne, Florida. Nelson is running against Republican Governor of Florida Rick Scott for the Florida Senate seat. (Photo by Jeff J Mitchell/Getty Images)

“Nelson chaired the Space Subcommittee in the U.S. House of Representatives for 6 years and in the Senate was the Chairman or Ranking Member of the Senate Space and Science Subcommittee and Ranking Member of the Committee on Commerce, Science and Transportation,” the White House statement reads. “Most every piece of space and science law has had his imprint, including passing the landmark NASA bill of 2010 along with Senator Kay Bailey Hutchinson. That law set NASA on its present dual course of both government and commercial missions.”

The White House additionally noted that Nelson took part in a 1986 mission aboard the Space Shuttle Columbia and orbited the earth nearly 100 times in just six days. He currently serves on NASA’s Advisory Council.

NASA is expected to relaunch manned flights to the moon under the Biden administration. The agency additionally celebrated the successful landing of the Perseverance rover on Mars in February.