A federal grand jury has charged four leaders of  the Proud Boys with conspiracy to block Congress from certifying the results of the 2020 election during the Jan. 6 Capitol riot, according to an indictment that was unsealed Friday.

Ethan Nordean of Washington state, Joseph Biggs of Florida, Zachary Rehl of Pennsylvania, and Charles Donohoe of North Carolina allegedly conspired to encourage members of the Proud Boys to attend the Jan. 6 Stop the Steal rally, the indictment says according to Reuters. All four men are leaders or chapter organizers for the group. 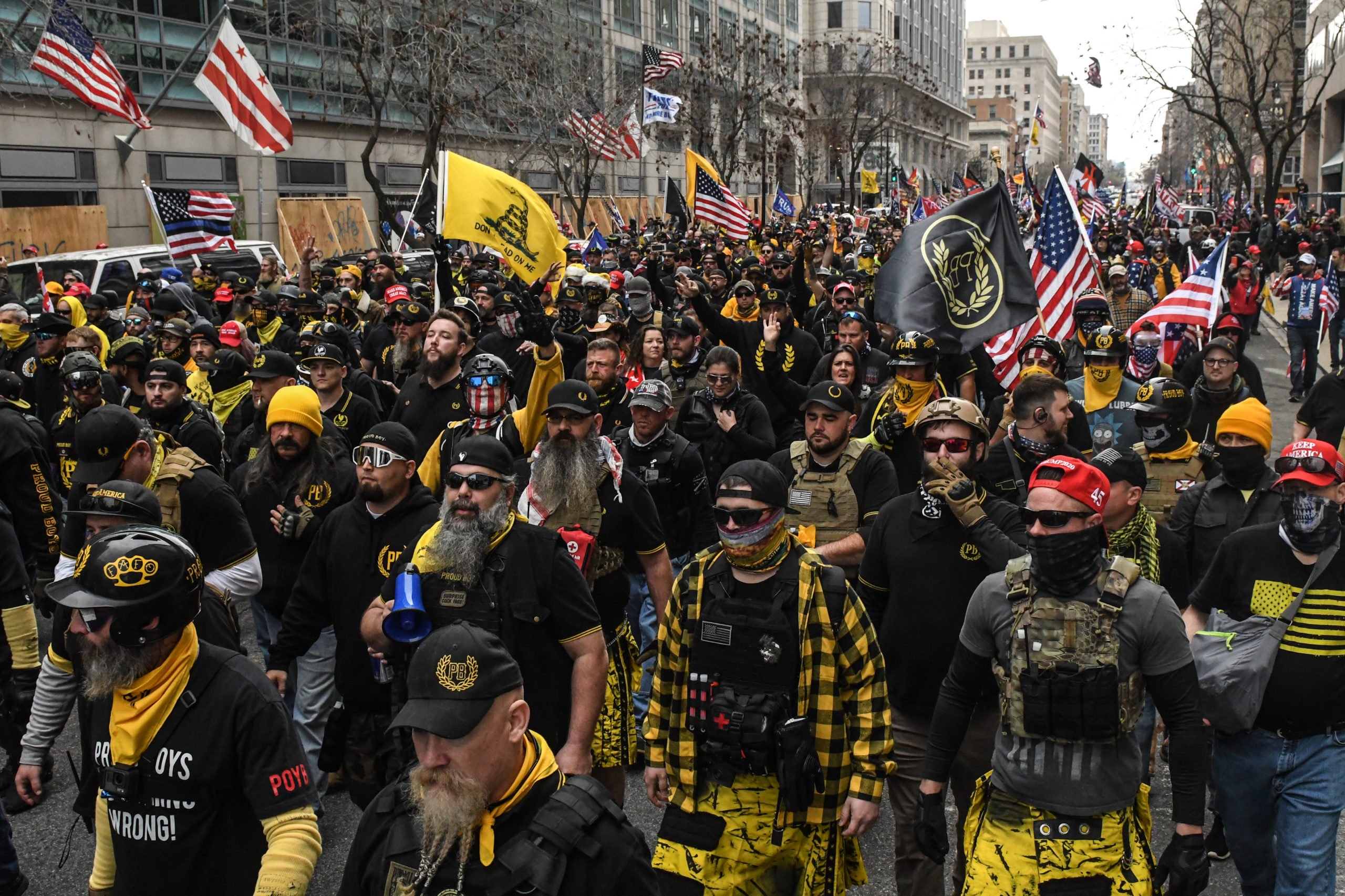 Members of the Proud Boys march towards Freedom Plaza during a protest on December 12, 2020 in Washington, DC. Thousands of protesters who refuse to accept that President-elect Joe Biden won the election are rallying ahead of the electoral college vote to make Trump’s 306-to-232 loss official. (Photo by Stephanie Keith/Getty Images)

Biggs said in a Nov. 5 social media post that there would be war if the election was stolen from former President Donald Trump, the indictment alleges, according to Reuters.

“We tried playing nice and by the rules, now you will deal with the monster you created,” Nordean allegedly declared on Nov. 27.

Nordean, Biggs, Rehl, Donohoe, a fifth unnamed co-conspirator, and more than 60 users participated in an encrypted messaging channel called “Boots on the Ground,” which was created the day before the riot, the indictment says, according to the report. The unnamed co-conspirator declared that Nordean, aka Rufio Panman, would be a leader during the next day’s events.

“Rufio is in charge, cops are the primary threat, don’t get caught by them or BLM [Black Lives Matter],” the unnamed person allegedly said.

More than 300 people, including approximately 20 members of the Proud Boys, have been charged in connection with the riot, Reuters reported. Nordean and Biggs had both been arrested previously – Nordean was released from custody after the government failed to prove claims that he was a leader of the riot, and Biggs was released on a $25,000 bond.