A prominent non profit established at the height of the #MeToo movement said it will not yet call for Democratic New York Gov. Andrew Cuomo to resign.

TIME’S UP Now CEO Tina Tchen discussed allegations against Cuomo with POLITICO’s Women Rule Friday, telling the publication that the probe into Cuomo’s conduct should be focused on supporting the accusers while respecting due process.

Cuomo is being investigated by both the state attorney general’s office for allegations of workplace sexual misconduct, harassment and assault, and by the Department of Justice for his role in knowingly undercounting the deaths of New York nursing home patients.

Though other women’s groups like the Women’s March, UltraViolet, and Girls for Gender Equity have called for Cuomo to step down, Women Rule reported Friday that TIME’S UP Now will not yet be calling for Cuomo to resign. TIME’S UP Now supports the investigations into Cuomo’s conduct, Women Rule reported. (RELATED: TIME’S UP Chief Operative Donates Max Amount To Joe Biden Amid Tara Reade Allegations: FEC Records)

The embattled governor said March 12 that no one wants the reviews to conclude “more quickly and more thoroughly” than he does. He also asked for lawmakers to wait for the investigations’ results before drawing conclusions.

Tchen also compared the allegations against Cuomo to lewd comments made by President Donald Trump in the infamous Access Hollywood tape, pointing out to Women Rule that Trump’s comments were caught on tape and he did not deny them.

If this moment in time feels strangely familiar, it’s because it is. Listen to Christine Blasey Ford. A woman’s experience should never be valued less than a man’s career.

The TIME’S UP Now CEO also told Women Rule that it may be more difficult to investigate allegations against a political candidate than against an elected official since government workplaces often have systems for investigating sexual harassment that campaigns may not have. 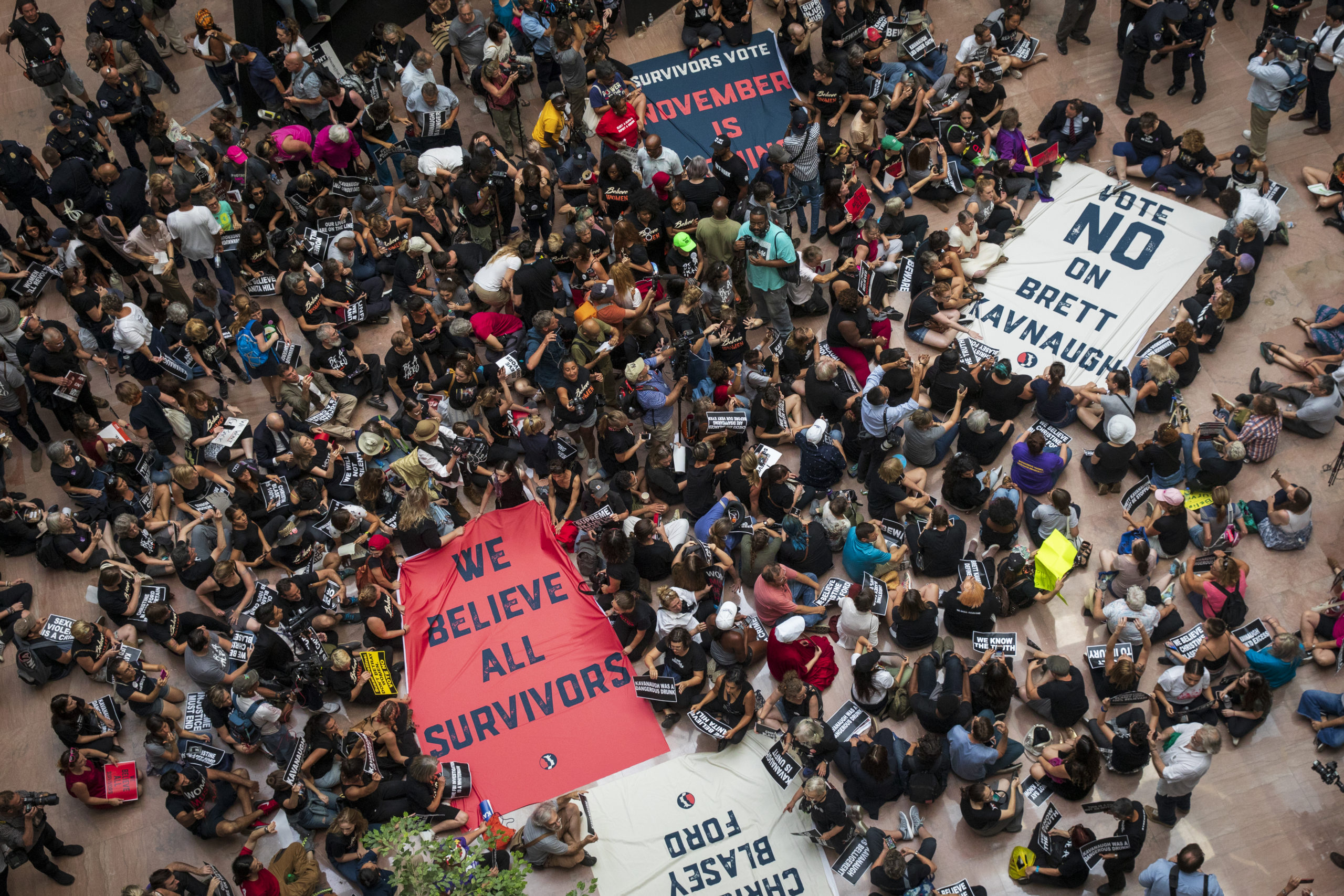 TIME’S UP Now, which did not immediately respond to a request for comment from the Daily Caller News Foundation, is an “independent, nonpartisan, and not-for-profit 501(c)(4) charitable organization” and the parent organization of the TIME’S UP Legal Defense Fund.

TIME’S UP Now called for Kavanaugh’s confirmation process to be delayed on September 17, 2018 until “a thorough and complete examination” could be conducted. This announcement came about a week after allegations against Kavanaugh became public, and the same day that Kavanaugh denied the allegations.

Survivors must be heard. Wear black and join the national walkout on Monday, Sept. 24 at 1 pm ET/10 am PT in solidarity with Dr. Christine Blasey Ford. https://t.co/XcLucrziMJ #BelieveSurvivors #TIMESUP pic.twitter.com/s3RQY40Mf5

“Housed and administered by the National Women’s Law Center Fund, all operations of the TIME’S UP Legal Defense Fund are completely independent of the TIME’S UP Foundation and TIME’S UP Now,” the defense fund’s website said. (RELATED: With No Lawyer Or Public Relations Rep And Little Backing From Prominent Women’s Groups, Tara Reade Stands Alone)

This legal defense fund has committed over $10 million to support women who are alleging sexual harassment in their workplaces, yet told President Joe Biden’s accuser Tara Reade in February 2020 that the TIME’S UP Legal Defense Fund’s charitable status would be put at risk if it financially supported her since Biden was the presumptive Democratic nominee for president at the time.