“The Chinese know our leaders very well. In fact, they have a name for our self-hating class. They call them ‘baizuo’ — the rough translation of the mandarin is ‘white liberal’ and it is definitely not a compliment,” Carlson said on “Tucker Carlson Tonight.”

“Here’s how Chinese state media describe baizuo,” Tucker began, quoting, “‘They are people who only care about topics such as immigration, minorities, LGBT and the environment, who have no sense of real problems in the real world, who only advocate for peace and equality to satisfy their own feelings of moral superiority and who are so obsessed with political correctness that they tolerate backward Islamic values for the sake of multiculturalism.'” (RELATED: China Targeting US Lawmakers As Part Of ‘Massive Influence Campaign’)

China’s top diplomat Yang Jiechi said Thursday the United States should not criticize the way China conducts its domestic affairs because black Americans are “slaughtered” as part of U.S. policy. Yang delivered the rebuke to Secretary of State Antony Blinken in response to U.S. condemnation of China’s persecution of Uyghur Muslims.

“So there you have the Chinese government using Black Lives Matter as a weapon against the United States,” Carlson said, commenting on the exchange. “You have the Chinese lecturing us about human rights. You never thought you would see the day that happened. But the amazing thing is in 2021, it works.”

Carlson said that Chinese state media has criticized woke liberals in America because “they advocate inclusiveness and anti-discrimination but cannot tolerate different opinions. Baizuo political opinions are quote ‘so shallow that they tend to maintain social equality by embracing ideologies that run against the basic concept of equality.’ Amazing.” (RELATED: Report: Alleged Chinese Spy Raised Money For Eric Swalwell, Put Intern In His Office) 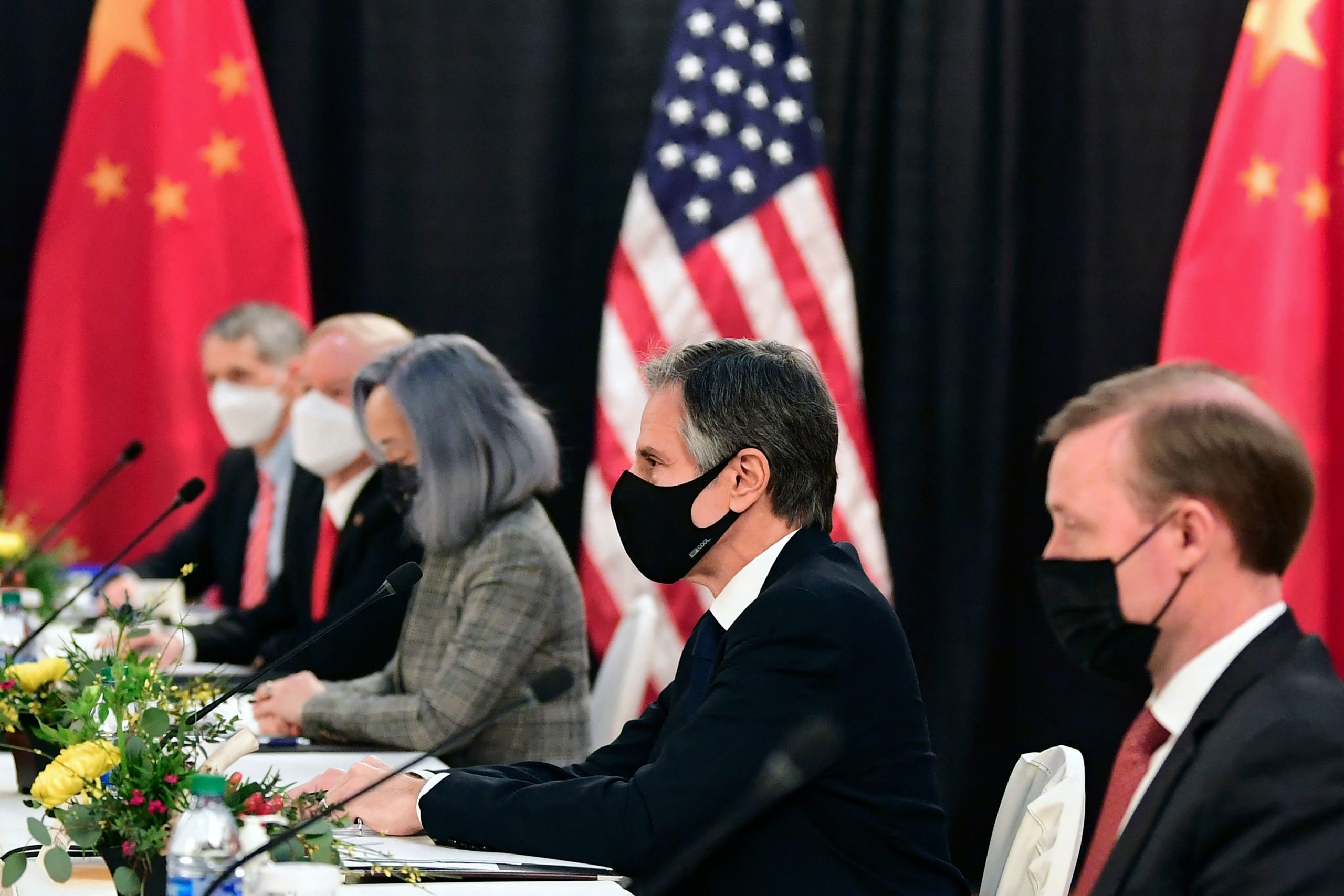 The US delegation led by Secretary of State Antony Blinken (C), flanked by US National Security Advisor Jake Sullivan (R), face their Chinese counterparts at the opening session of US-China talks at the Captain Cook Hotel in Anchorage, Alaska on March 18, 2021. (Photo by FREDERIC J. BROWN/POOL/AFP via Getty Images)

The Fox News host noted another description of baizuo as “phony and hypocritical and will make the situation in the West go from bad to worse.”

“Talk about insightful: they know our leaders well,” Carlson said. “So whatever you think of the Chinese, they’re definitely not stupid. And they’re on to something here,” he concluded.