Illegal immigrants claiming asylum are not given a Notice to Appear before being released from Customs and Border Protection (CBP) custody, multiple unnamed Border Patrol agents confirmed with Fox News. Since the migrants aren’t given a court date to attend an asylum hearing, the responsibility is on them to schedule one through Immigrations and Customs Enforcement or other legal assistance.

Border Patrol agents were reportedly told to use prosecutorial discretion when determining to skip the paperwork needed to schedule a court date, according to Fox News. Biometrical data is gathered from the migrants before they’re released into the U.S. 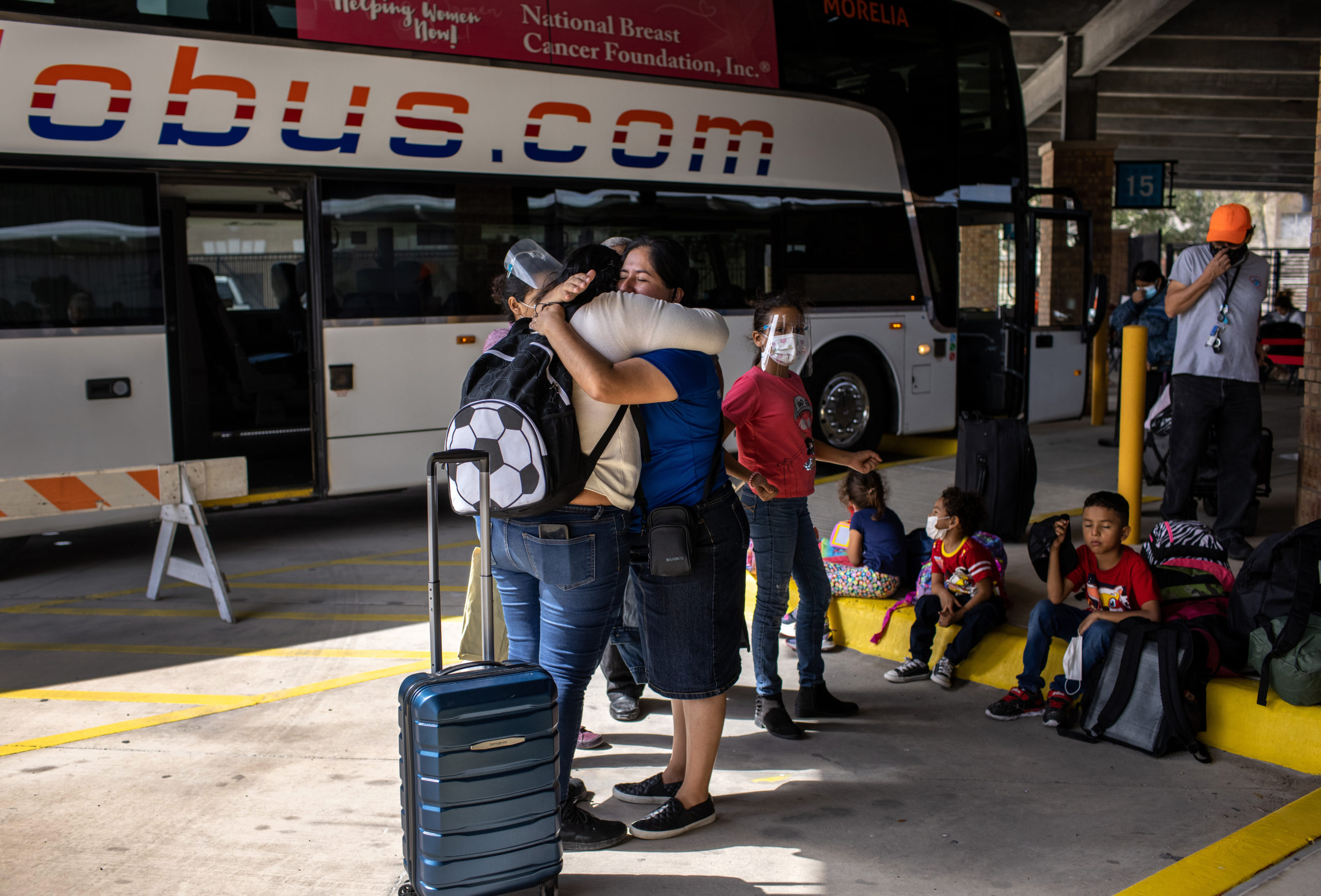 A Honduran asylum seeker (L), embraces a church member upon arrival to the United States on February 26, 2021 in Brownsville, Texas. (Photo by John Moore/Getty Images)

The migrants are screened at a temporary outdoor processing site and does not include unaccompanied minors, Border Patrol agents reportedly told Fox News.

The situation at the border has “become so dire that BP [Border Patrol] has no choice but to release people nearly immediately after apprehension because there is no space to hold people even to do necessary NTA paperwork,” a senior CBP official told Fox News.

It can take multiple hours to issue a Notice to Appear for one migrant or a family, Fox News reported. (RELATED: Around 200 Illegal Immigrants Including Dozens Of Unaccompanied Children Apprehended At Border)

Health and Human Services will reopen a facility for unaccompanied migrant minors in Pecos, Texas, Fox News reported. At least 500 minors will go to the facility, which is capable of housing up to 2,000.

“While ORR has worked to build up its licensed bed capacity to almost 13,500 beds, additional capacity is urgently needed to manage both enhanced COVID-19 mitigation strategies and the increasing numbers of UC referrals from DHS,” an Office of Refugee Resettlement spokesperson said, Fox News reported.

CBP agents encountered over 100,000 migrants including more than 9,000 unaccompanied minors in February, according to the agency.

CBP did not immediately respond to a request for comment.