Secretary of State Tony Blinken and national security adviser Jake Sullivan met with their Chinese counterparts in Anchorage, Alaska, for a two-day meeting last week. Biden followed up on the meeting with new sanctions against Chinese Communist Party (CCP) officials in Xinjiang, where the administration says China is carrying out a genocide against Uyghur Muslims. Psaki declared that Biden and U.S. allies are committed to the anti-CCP stance, saying they have “grave concerns” about China’s “crimes against humanity and genocide.” (RELATED: President Biden Launches Pentagon Task Force To Counter China)

“This was a reaction to what we felt were serious human rights abuses, and obviously the Europeans felt this as well, against members of Xinjiang’s ethnic and religious minority groups,” Psaki said at a Monday press conference. “No meeting would change our concerns related to that.” 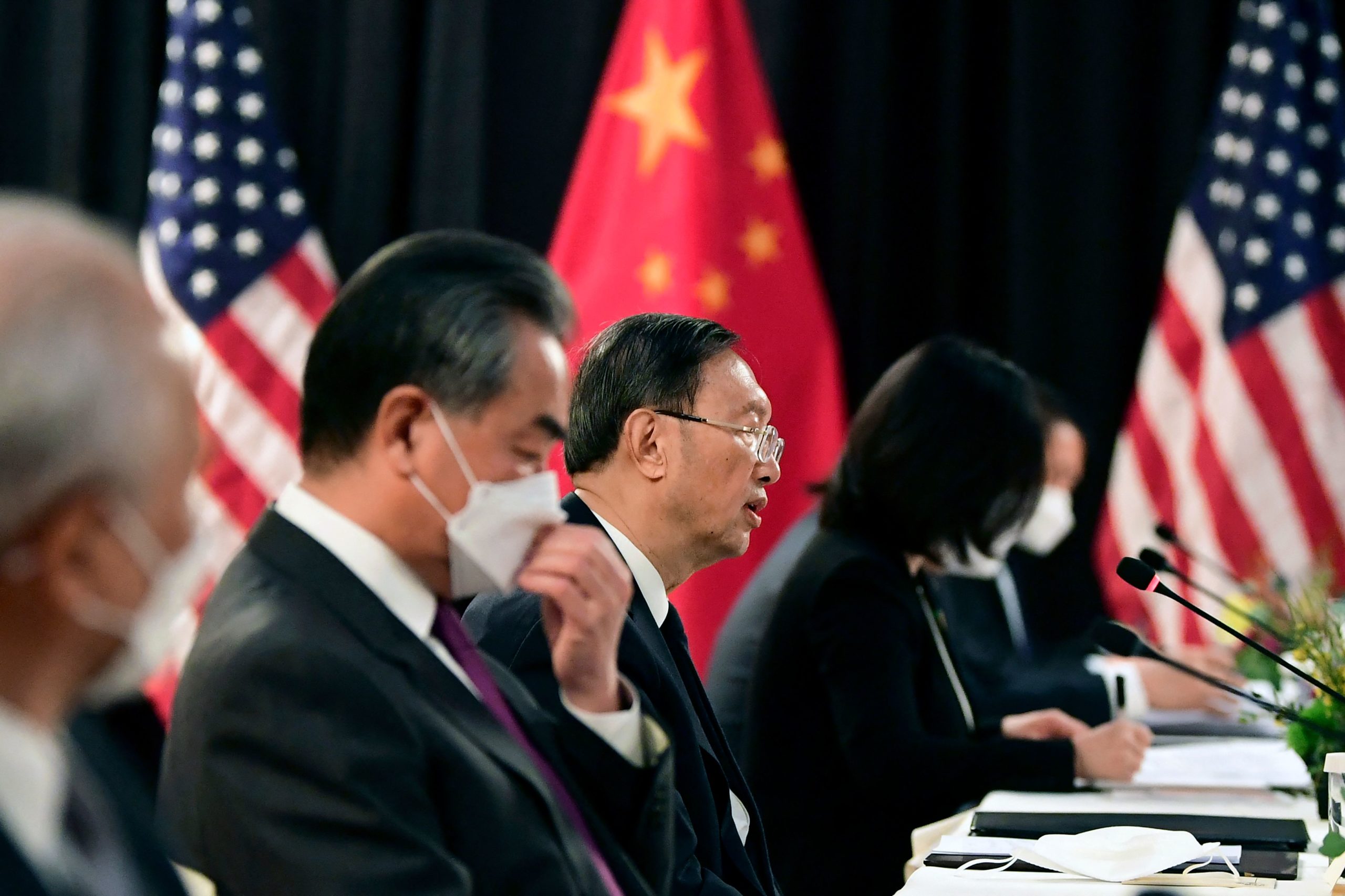 TOPSHOT – The Chinese delegation led by Yang Jiechi (C), director of the Central Foreign Affairs Commission Office and Wang Yi (2nd L), China’s Foreign Minister, speak with their US counterparts at the opening session of US-China talks at the Captain Cook Hotel in Anchorage, Alaska on March 18, 2021. (FREDERIC J. BROWN/POOL/AFP via Getty Images)

The U.K., Canada and the European Union joined Biden’s Monday sanctions against two top CCP officials in Xinjiang. It represents the first time the E.U. has leveled sanctions against China in more than 30 years.

“These designations include Wang Junzheng, the Secretary of the Party Committee of the Xinjiang Production and Construction Corps (XPCC), and Chen Mingguo, Director of the Xinjiang Public Security Bureau (XPSB),” the administration wrote in a statement accompanying the official announcement. “Due to their roles in the XPCC and XPSB, respectively, Wang Junzheng (Wang) and Chen Mingguo (Chen) are connected to serious human rights abuses against ethnic minorities in Xinjiang, which reportedly includes arbitrary detention and severe physical abuse, among other serious human rights abuses targeting Uyghurs, a Turkic Muslim population indigenous to Xinjiang, and other ethnic minorities in the region.”

Chinese officials have argued that its human rights abuses in Xinjiang as well as its destruction of democracy in Hong Kong are “internal affairs.” China has also vowed retaliation if the U.S. and its allies continue to raise the issue.

“China is firmly opposed to US interference in China’s internal affairs,” China’s Foreign Affairs Commission Director Yang Jiechi said during the Alaska meeting. “We have expressed our staunch opposition to such interference, and we will take firm actions in response.”