A Florida man in Panama City died on Sunday after he jumped off the balcony at a resort and his parachute failed to deploy, according to reports.

Timothy Ackerman, 31, jumped off the balcony around 6:45 p.m. of his 23rd floor Sunrise Beach Resort room with a parachute, according to MyPanhandle.com.

Panama City Beach Police said the man was BASE jumping but the parachute failed to open in time, according to the report. 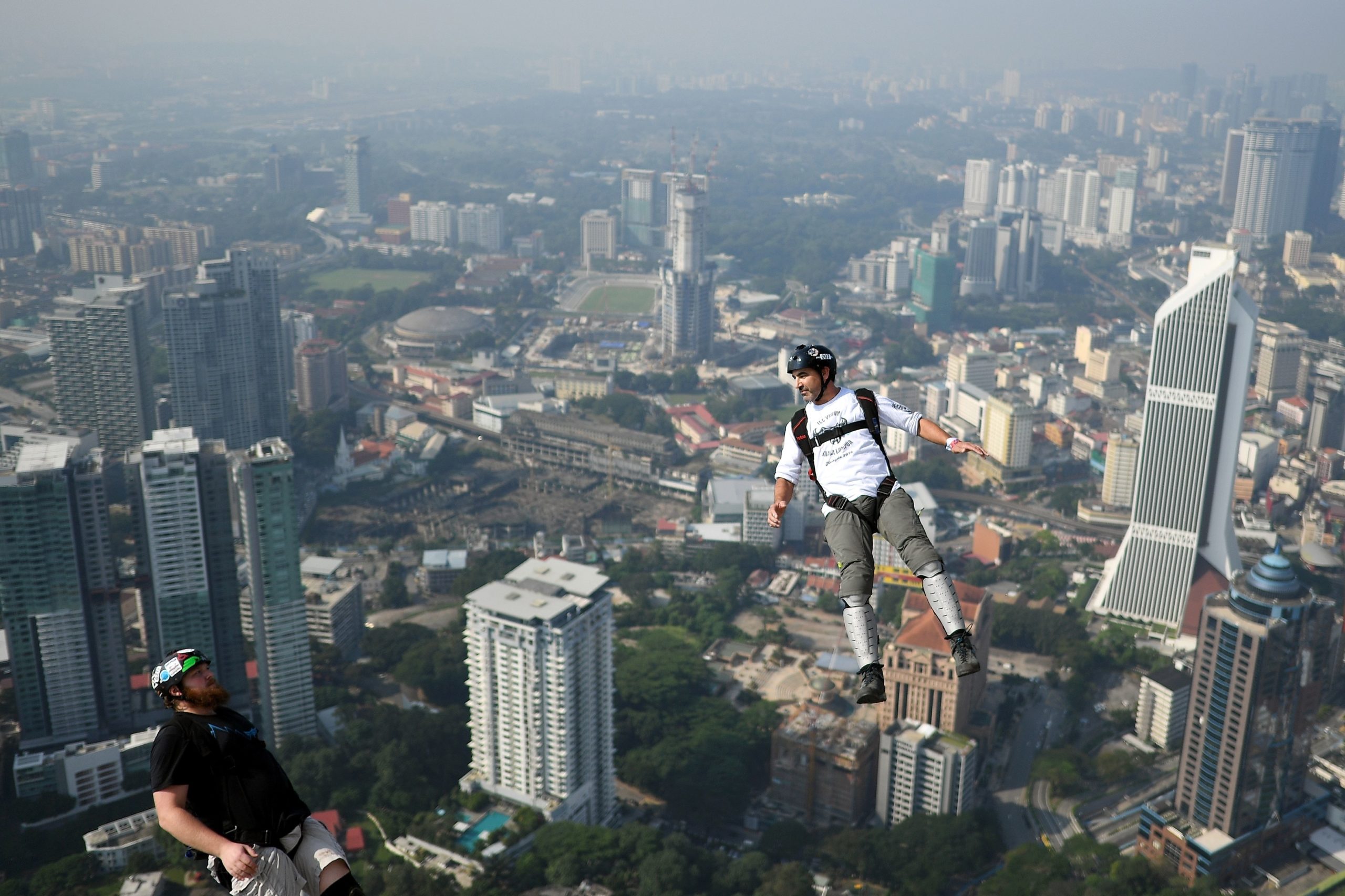 Base jumpers leap from the 300-metre high skydeck of Malaysia’s landmark Kuala Lumpur Tower against the backdrop of the city’s skyline in Kuala Lumpur on September 30, 2018 during the annual International KL Tower Base-Jump event.(MANAN VATSYAYANA/AFP via Getty Images)

Panama City Beach Police said BASE jumping is not legal in Florida, according to MyPanhandle.com. (RELATED: Teenager And Skydiving Instructor Reportedly Fell To Their Deaths After Both Parachutes Failed)

A witness told deputies Ackerman was falling “from about halfway” up the building as he drove past the scene, according to the Panama City News Herald.

The Daily Caller has reached out to the Panama City Beach Policy but did not receive a response at the time of publication.

In September a man suffered a fatal injury during a BASE jumping accident on a Washington state mountain, according to U.S. News. Two men were jumping off a cliff from Baring Mountain, but one of the men reportedly hit the side of the mountain.