The suspect in the deadly Colorado mass shooting that left ten dead allegedly purchased an AR-style gun just days before carrying out his rampage and was seen playing with the gun in the days leading up to the incident, according to an arrest affidavit.

Ahmad Alissa is identified in the arrest affidavit as Ahmad Al Aliwi Alissa.

Alissa’s sister-in-law hesitantly told detectives Alissa had been “playing with a gun she thought looked like a ‘machine gun’ about 2 days ago.” He had allegedly been talking about a bullet being stuck in the gun, the arrest affidavit said.

Alissa’s sister-in-law and another unidentified individual who appears to be Alissa’s brother “were upset with Alissa for playing with the gun in the house and took the gun.” 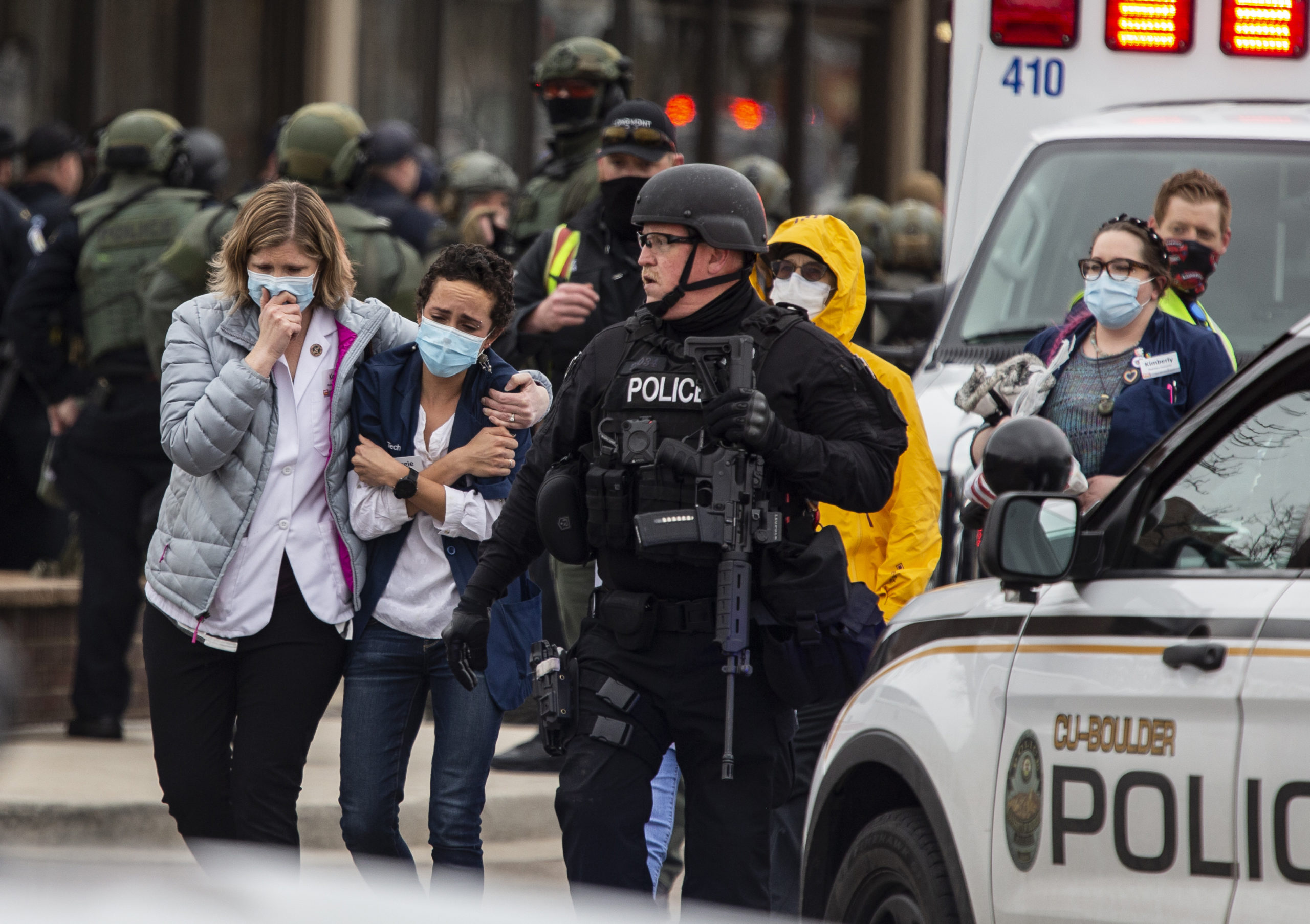 It is unclear whether the gun used in the incident is the same gun referenced in the arrest affidavit, but witnesses described the gun used during the shooting as being a “black AR-15,” according to the affidavit.

One of Alissa’s brothers allegedly had a handgun in the past, according to the affidavit, although it is unclear whether it was legally purchased.

The arrest affidavit also details some of the 9-1-1 calls made during the shooting.

One caller told police he watched the suspect shoot “out the window of a vehicle and pursued a man toward Broadway.” Another witness told police the suspect was wearing an armored vest.

One employee of King Soopers told police the suspect shot an elderly man in the parking lot and then “walked up to the elderly man, stood over him and shot him multiple additional times,” according to the affidavit.

Alissa had a brief criminal history, having been charged with third-degree assault in 2018, according to the affidavit.

Alissa has been charged with ten counts of First Degree Murder and one count of Criminal Attempt – Murder in the First Degree, according to the affidavit.

The incident unfolded Monday afternoon at a King Soopers grocery store in Boulder. The shooting left ten dead, including a police officer who was one of the first responders to the scene. The motive is unclear, as the investigation remains ongoing.