An armed Arizona man ran off the road a national guard convoy transporting COVID-19 vaccines Monday and held them at gunpoint in West Texas — and that’s not even the craziest part.

Larry Lee Harris, 66, who has an astounding resemblance to the deceased Iraqi dictator Saddam Hussein, told the police that he thought they “had kidnapped a woman and child,” Idalou Police Chief Eric C. Williams said in a statement, according to KAMC. (RELATED: Iran’s President Compares Trump To Saddam Hussein, Implies That He Will Be Hanged As Well) 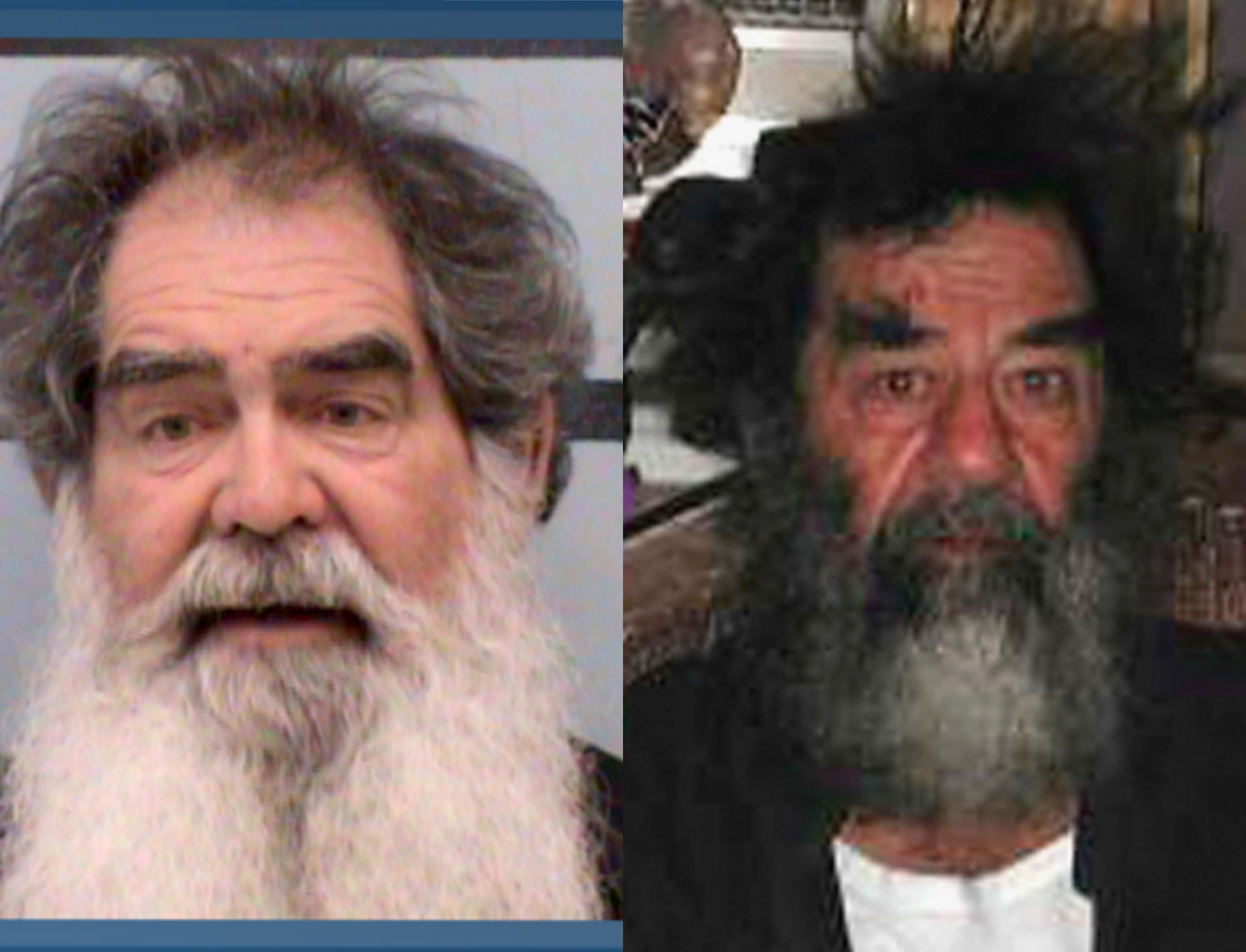 “Harris pointed a gun at a National Guard Soldier, identified himself as a detective, and demanded to search the vehicles,” according to the statement.

National Guard was ran off the road by a ‘mentally disturbed’ Larry Harris, who held the guards at gunpoint, March 22 (Photo: Idalou Police Department)

The “mentally disturbed” Hussein look-alike has been charged with aggravated assault with a deadly weapon, unlawful restraint of 11 National Guard soldiers, unlawful carrying of a weapon, impersonating a public servant, and interference with Texas military forces.

“I was very thankful that it did not turn into major bloodshed,” Williams said, after it was announced that in addition to Colt 1911 .45 caliber pistol Harris held the guard members at gunpoint with, he also had a loaded pistol with extra magazines and ammunition in his truck.

Officials had little to say about the attacker’s inexplicable similarities to the deposed and executed dictator.