President Joe Biden may have won the presidential election, but his Democratic allies control very narrow majorities in Congress. Without a clear mandate to pass his far-reaching legislative agenda, sources close to the president told Axios he is willing to “overhaul” the rules on Capitol Hill.

Biden held an undisclosed meeting with historians at the White House that included discussions about the historical ramifications of his agenda, according to Axios. The historians reportedly urged Biden to go “even bigger and faster” than expected, even if that meant dismissing bipartisan cooperation and ending the filibuster.

Biden and his Democratic allies in Congress could potentially oversee a $5 trillion “overhaul” of the entire nation, including lasting changes to the economy and voting laws, according to Axios.

The president also has a number of advantages. Democrats currently control both chambers of Congress, though there is speculation of a Republican wave in the 2022 midterms. Biden is riding the coattails of an economic recovery as COVID-19 lockdowns are lifted and more Americans receive the vaccine. He also enjoys a 54% approval rating, according to FiveThirtyEight.

Presidential historian Michael Beschloss told Axios the Biden presidency could resemble the presidencies of Franklin D. Roosevelt and Lyndon Johnson “in terms of transforming the country in important ways in a short time.”

But the president has one major disadvantage: Democrats do not control supermajorities in either chamber of Congress. Democrats only control 219 seats in the House, just one more than the 218 seats needed to keep their majority. Democrats also control just 50 seats in the Senate, making Vice President Kamala Harris’ tie-breaking vote a greater necessity. 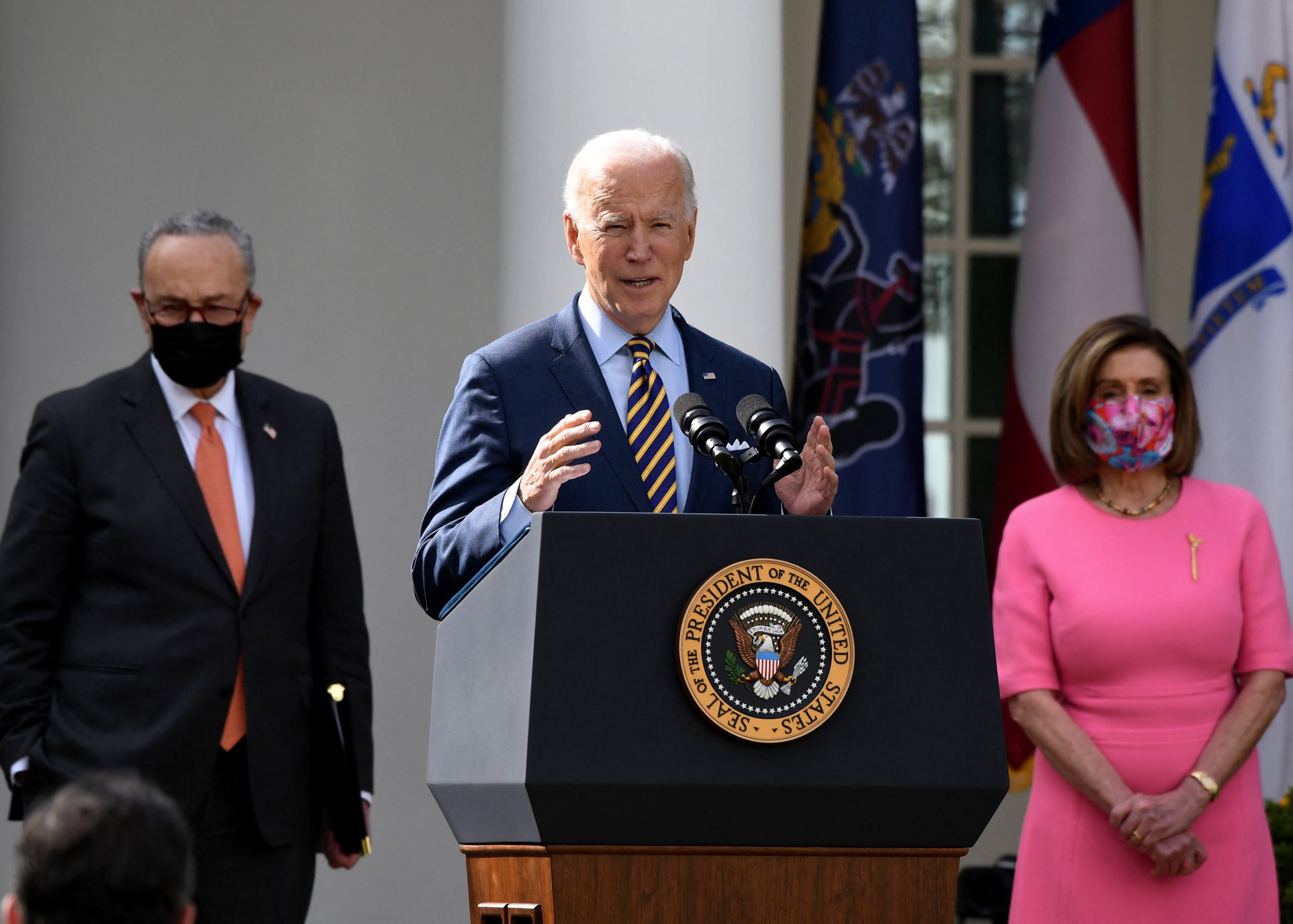 To account for the political landscape on Capitol Hill, sources close to Biden told Axios he is prepared to support an “overhaul” of the rules, especially in the Senate. This includes support for budget reconciliation and even eliminating the filibuster.

Biden signed the $1.9 trillion COVID rescue package into law earlier in March with zero Senate Republican votes, using the process of budget reconciliation that allowed Senate Democrats to push through the bill with a simple majority.

House Democrats also passed sweeping legislation earlier in March that would completely revamp federal election laws. Senate Republicans have signaled they will not support the bill when it makes its way to the upper chamber.

Biden has proposed sweeping changes to immigration and a $3 trillion infrastructure package, proposals that are unlikely to win Republican support. There is a high likelihood that Democrats will use budget reconciliation to push these bills through the Senate without a single Republican vote.

Sources close to the president also told Axios he is “fully prepared” to support eliminating the filibuster and ending opposition from Republicans on the Senate floor. Progressive Democrats have long advocated nixing the rule, though Republicans and moderate Democrats have strongly pushed back on the proposal. (RELATED: Trump Says Ending Filibuster Would Be ‘Catastrophic’ For Republicans)

Senate Republican Leader Mitch McConnell warned this week that eliminating the filibuster would create a fissure between the two parties and compared it to a “nuclear winter,” Axios reported.

Moderate Democrats like West Virginia Sen. Joe Manchin and Arizona Sen. Kyrsten Sinema have repeatedly said they oppose any attempt to get rid of the filibuster.