New York Gov. Andrew Cuomo prioritized COVID-19 testing for his relatives during test shortages in the early days of the pandemic, according to reports from multiple outlets.

Cuomo and Health Commissioner Dr. Howard Zucker told the state Department of Health to prioritize COVID-19 testing on Cuomo’s family as well as others who were connected to the administration, three anonymous sources told the Times Union.

Cuomo’s family was given priority COVID-19 testing while there was a shortage of tests available to citizens at the beginning of the pandemic, the Washington Post reported.

The governor’s mother, brother and at least one of his sisters were tested for the virus, often at private residences, the sources told the Times Union. 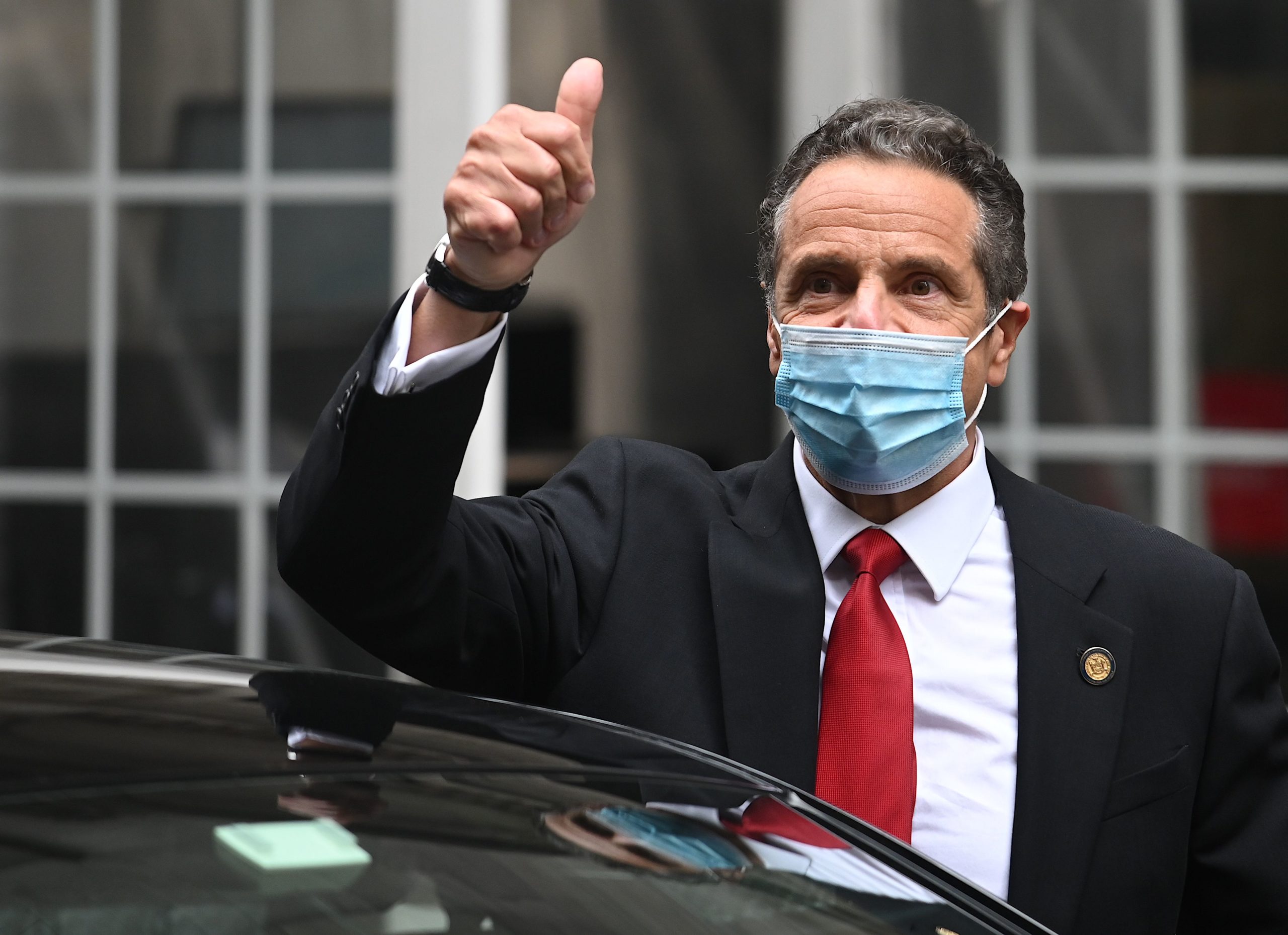 Governor of New York Andrew Cuomo leaves after ringing the opening bell at the New York Stock Exchange (NYSE) on May 26, 2020 at Wall Street in New York City. – Global stock markets climbed Monday, buoyed by the prospect of further easing of coronavirus lockdowns despite sharp increases in case rates in some countries such as Brazil. Over the weekend, US President Donald Trump imposed travel limits on Brazil, now the second worst affected country after the United States, reminding markets that while the coronavirus outlook is better, the crisis is far from over. (Photo by Johannes EISELE / AFP) (Photo by JOHANNES EISELE/AFP via Getty Images)

Nurses employed by the state were sent to the homes of many people close to the administration, some who lived in penthouses in Manhattan, to collect samples, a source told the Washington Post. A source claimed that those given this priority were referred to as “specials.”

The samples, marked with discreet initials or numbers, were then rushed by state troopers to the Wadsworth Center to be processed immediately by lab workers who stayed at their offices late past their shifts, two sources told the Washington Post.

Priority testing was also given to Rick Cotton, the executive director of the Port Authority of New York and New Jersey, and his wife, as well as members of the media, state legislators, and staff, the Times Union reported. Patrick J. Foye, the chairman and CEO of the Metropolitan Transportation Authority, and his wife were also given priority testing.

Dr. Eleanor Adams, an epidemiologist, was one of the doctors who conducted the testing, according to the Times Union. A source said that Adams tested Cuomo’s brother Chris at his home and was pulled from her role in controlling the state’s outbreak in order to conduct testing which could have been performed by a nurse.

Adams, along with other medical officials, were unsettled by collecting the samples at private residences, a source told the Times Union.

Adams did not respond to the Washington Post’s requests for comment, however, sources said that she was just following orders and it was not her idea, according to the Post.

“We should avoid insincere efforts to rewrite the past,” Richard Azzopardi, Cuomo’s senior adviser said. “In the early days of this pandemic, when there was a heavy emphasis on contact tracing, we were absolutely going above and beyond to get people testing — including in some instances going to people’s homes — and door to door in places like New Rochelle — to take samples from those believed to have been exposed to COVID in order to identify cases and prevent additional ones.”
“Among those we assisted were members of the general public, including legislators, reporters, state workers and their families who feared they had contracted the virus and had the capability to further spread it,” he said, according to the Washington Post.