The Biden administration announced Wednesday that they will allow one network television camera to film inside a Health and Human Services (HHS) facility temporarily housing migrant children in Texas later that day.

The move comes as the White House, and President Joe Biden’s immigration policies, have drawn increased scrutiny over the surge of unaccompanied migrant children attempting to enter the U.S. in recent weeks. (RELATED: Border Officials Release Photos And Video Of Migrant Processing Centers) 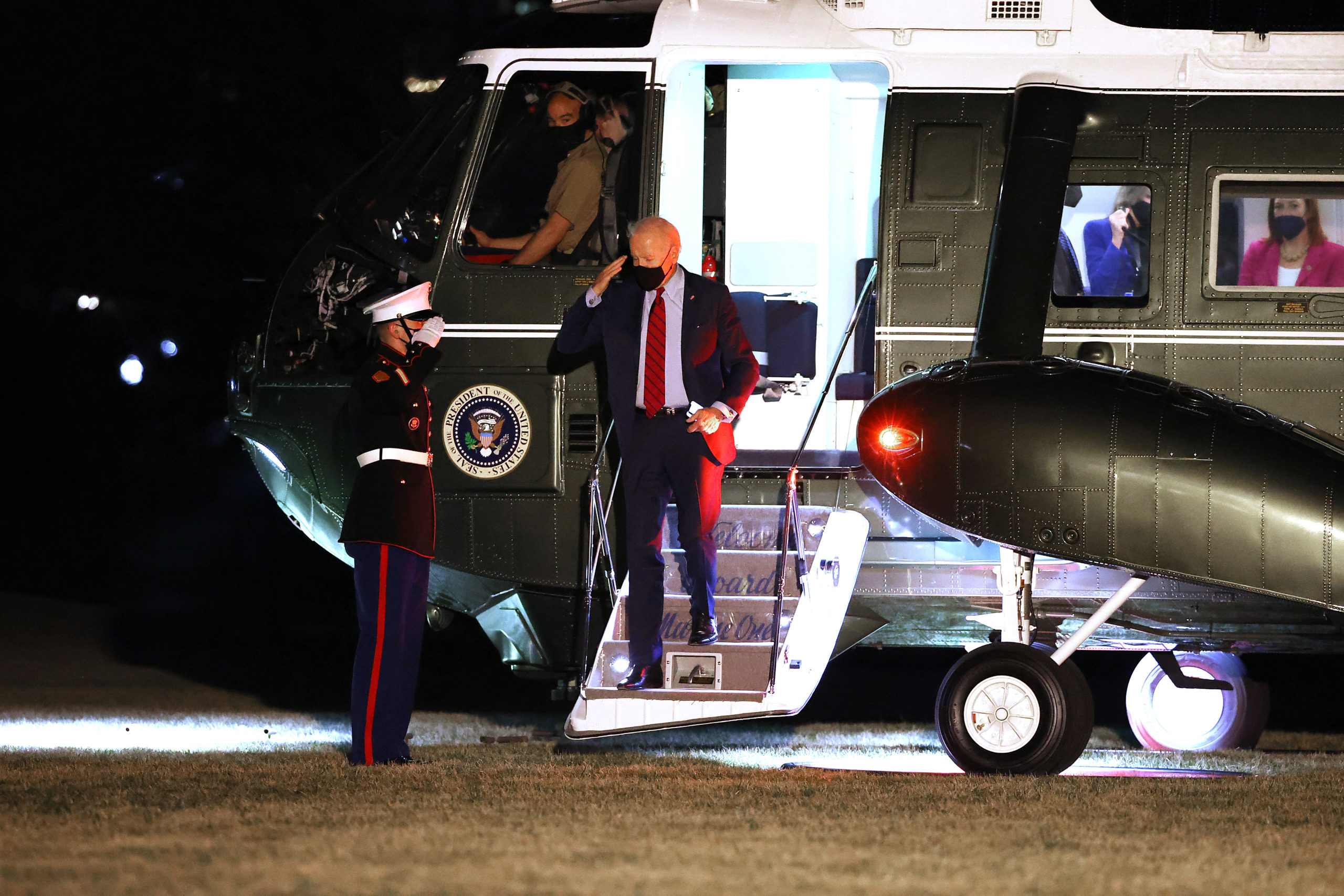 WASHINGTON, DC – MARCH 23: U.S. President Joe Biden steps off of Marine One as he arrives back at the White House on March 23, 2021 in Washington, DC. Biden traveled to Columbus, Ohio, where he will visited the James Cancer Hospital and Solove Research Institute and marked the anniversary of the Affordable Care Act being signed into law. (Photo by Chip Somodevilla/Getty Images)

“The pooled footage will be available to other media outlets following the delegation’s departure. Earlier this week, the Department of Homeland Security provided B-roll footage of their Donna and El Paso facilities to members of the media,” the White House explained. “The Biden Administration is committed to transparency and will continue to work with agencies on creating avenues for media access and visibility at both Homeland Security and Health and Human Service facilities. Agencies will continue working to fulfill requests from Members of Congress for access to these facilities as well.”

HHS’s Office of Refuge Resettlement (ORR) additionally announced Tuesday night that they would be opening a second facility at Carrizo Springs, as the capped capacity at the first facility makes it challenging to house children in accordance with coronavirus mitigation protocols.

“While ORR has worked to build up its licensed bed capacity to about 13,500 beds, additional capacity is urgently needed to manage both enhanced COVID-19 mitigation strategies and the increasing numbers of UC referrals from [Department of Homeland Security],” an HHS spokesman said in a statement. “HHS will utilize all available options to safely care for the children. These options include both short-term and long-term solutions.”

Biden recently appeared to flip on a potential visit to the border. Though White House press secretary Jen Psaki had maintained that Biden would not visit, he himself told reporters Sunday evening that he would visit “at some point.”