The migrants, who largely originate from Central America, started joining Facebook and WhatsApp groups in the months after President Joe Biden defeated former President Donald Trump in the November presidential election, according to Reuters. Members of the groups reportedly warned others that they should time their border treks to ensure they arrived after Biden’s Jan. 20 inauguration.

“Remember, Trump leaves on the 20th,” one person wrote in a Facebook group that was organizing a January departure from Honduras, Reuters reported. “If people arrive before then, they’ll have problems.”

Knowledge of the caravans, including one with as many as 9,000 migrants in Guatemala, is often spread on social media, The Associated Press reported. Many Central Americans decide to join the caravan after seeing information shared online, migrants told the AP in interviews. (RELATED: Biden Team Ignored Warnings From Career Immigration Officials That Their Actions Could Cause A Border Crisis)

Facebook CEO Mark Zuckerberg is slated to testify before the House Energy and Commerce Committee Thursday about social media misinformation. The hearing will focus on how misinformation shared on social media about elections and coronavirus have “grim consequences for public health and safety,” the committee’s chairs said in a joint statement. 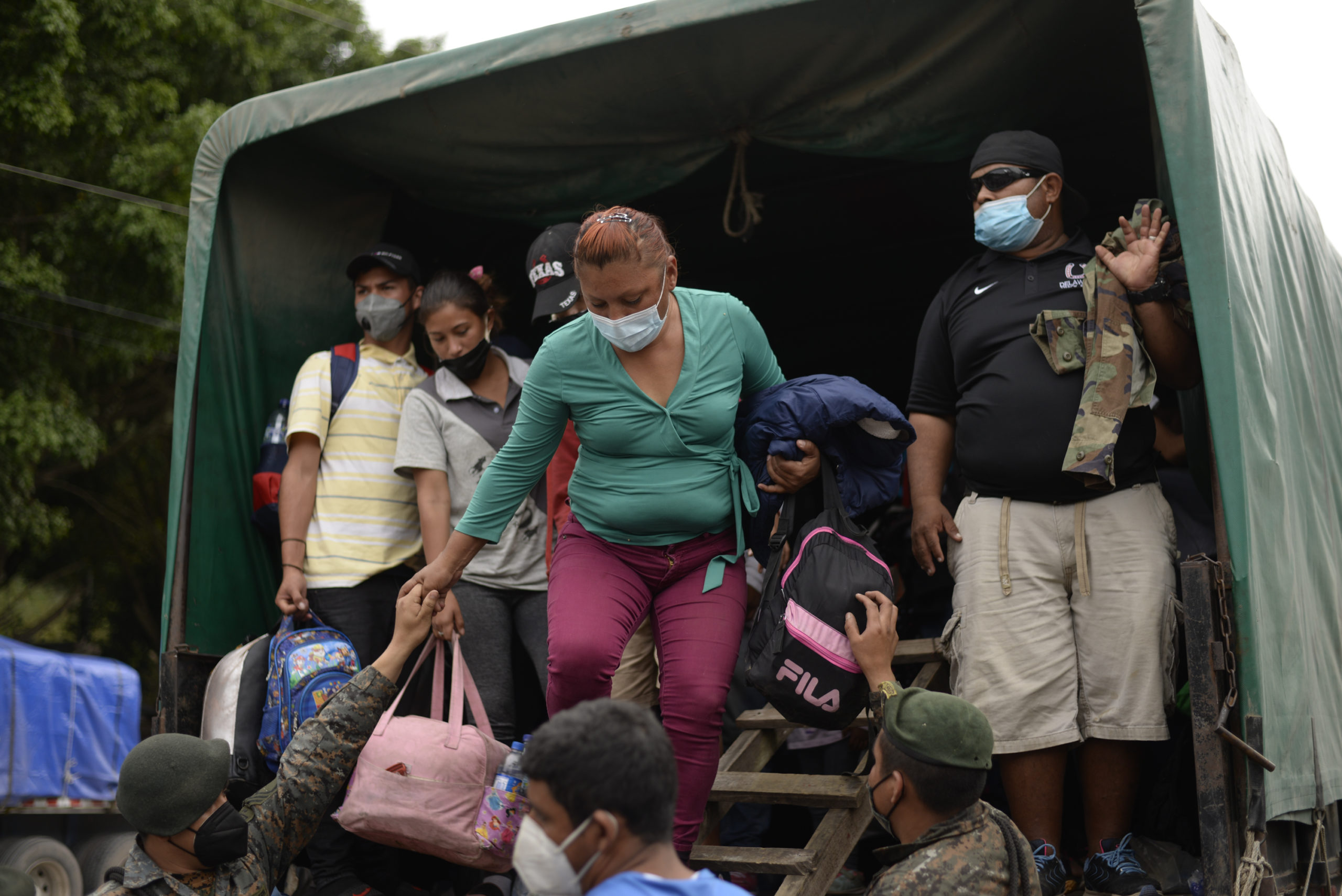 Honduran migrants who were part of a U.S.-bound caravan are helped getting out of a truck in Guatemala on Jan. 19. (Johan Ordonez/AFP via Getty Images)

Social media platforms, including Facebook and Instagram, have also been popular recently with migrants who wish to form smaller groups, not caravans, in an attempt to cross the U.S. border undetected, an unnamed Mexican government official told Reuters. Smugglers use social media to update those wishing to enter the U.S. illegally of checkpoints, where to stay, what to know about immigration law and where freight trains are passing for them to hop on.

The Migration Policy Institute has noted reports that smugglers are “openly advertising their services on city streets, social media and the radio.”

Several posts in each group appear to offer help getting migrants across the border.

Meanwhile, facilities that house migrants and unaccompanied minors have reportedly been overwhelmed over the last month as the Biden administration attempts to halt the border surge. More than 4,500 migrants, including 3,000 unaccompanied minors, were in U.S. Customs and Border Protection custody as of Tuesday.

“The situation at the southwest border is difficult. We are working around the clock to manage it and we will continue to do so. That is our job,” Homeland Security Secretary Alejandro Mayorkas said in a statement last week. “We are making progress and we are executing on our plan. It will take time and we will not waver in our commitment to succeed.”