“No one is talking about overturning or changing the Second Amendment,” Psaki responded to a question on the subject from Reuters’ Andrea Shalal during Wednesday’s briefing. “What our focus is on is putting in place common sense measures that will make our community safer, make families safer, make kids safer.” (RELATED: Biden Calls On Congress To Immediately Pass Two New Gun Control Bills And Ban ‘Assault Weapons’ — ‘I Don’t Need Another Minute’) 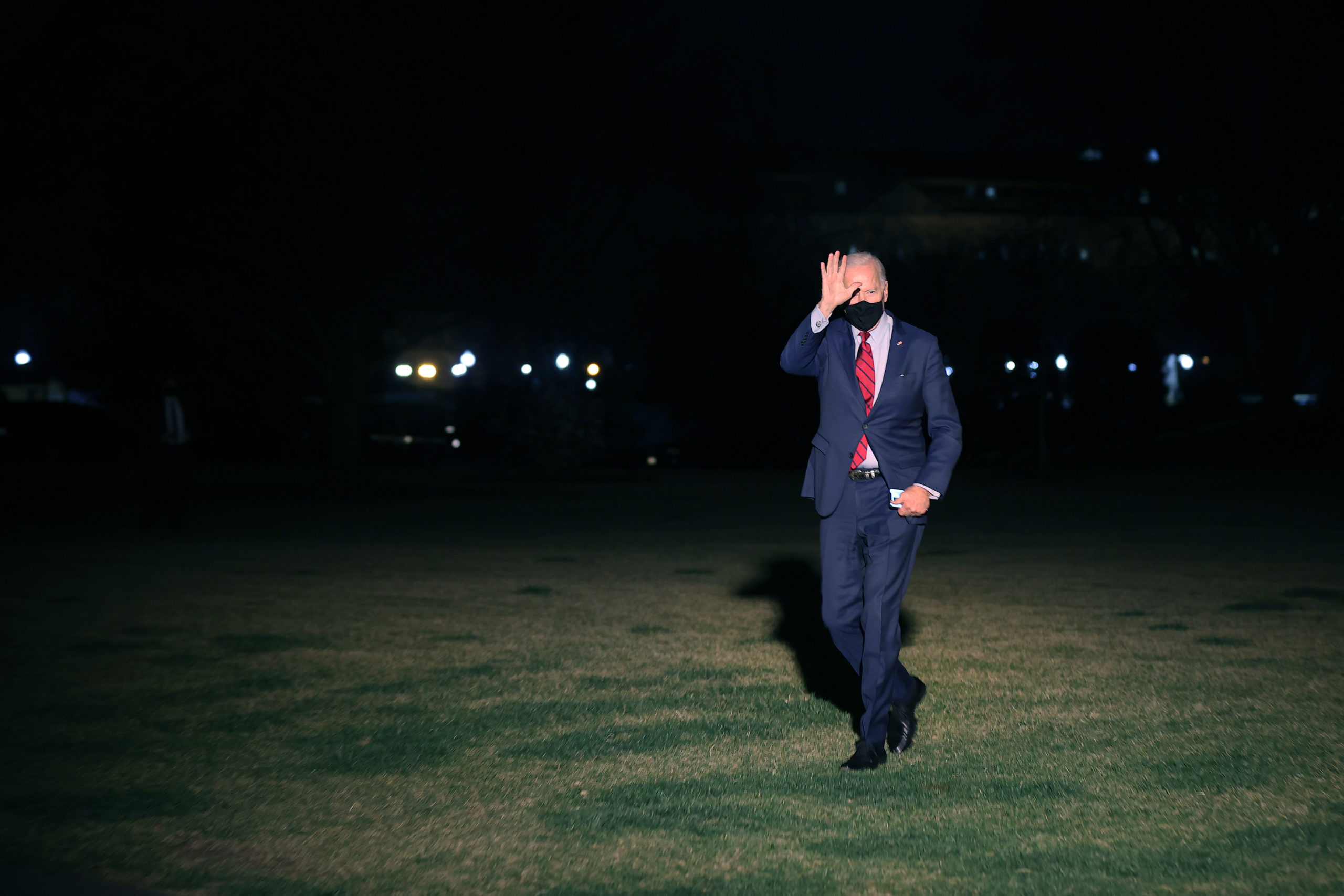 WASHINGTON, DC – MARCH 23: U.S. President Joe Biden waves to journalists after arriving back at the White House on March 23, 2021 in Washington, DC. Biden traveled to Columbus, Ohio, where he will visited the James Cancer Hospital and Solove Research Institute and marked the anniversary of the Affordable Care Act being signed into law. (Photo by Chip Somodevilla/Getty Images)

Biden explicitly called on Congress in the wake of the Boulder, Colorado, shooting to “immediately” pass two gun control measures recently passed by the House of Representatives.

He additionally called for a ban on “assault weapons” and high-capacity magazines.

Later in Wednesday’s briefing, Psaki reiterated that Biden’s gun proposals are supported by a “majority of the American people.”

“That’s something he has long held a view and a belief that no one needs an assault weapon,” she explained. “That is not something that should be a part of what people have access to in this country.”

The president spent his Friday trip to Atlanta, Georgia, originally scheduled as part of the administration’s “Help is Here” coronavirus stimulus tour, meeting local Asian American leaders and addressing the string of shootings that killed eight individuals, six of whom were women of Asian descent.