While sedition is a charge under the United States government, it’s rarely used due to the country’s protections on free speech.

Despite the charge – described as occurring when an individual “oppose[s] by force the authority” of the United States “or by force … prevent[s], hinder[s], or delay[s] the execution of any law of the United States” – being rare, Michael Sherwin, the federal prosecutor CBS spoke with, believes it could become a reality.

“I personally believe the evidence is trending towards that, and probably meets those elements,” Sherwin, who led the Jan. 6 investigation until earlier in March, said. “I believe the facts do support those charges. And I think that, as we go forward, more facts will support that, Scott [Pelley].” (RELATED: DOJ Expects At Least 100 More Charges Over Capitol Riots)

The last time the federal government levied these charges against an individual or group of individuals was over a decade ago.

Five members of “Hutaree,” a Christian militia group in Michigan, had sedition charges brought against them in 2010 after accusations “of plotting an antigovernment uprising,” The Washington Post previously reported.

While this was the most recent case of the federal government bringing sedition charges, it never ended up sticking. The judge dismissed the sedition and conspiracy charges two years later after noting there wasn’t proof that the members had legitimate plans to uprise and attack.

“The government’s case is built largely of circumstantial evidence,” Judge Victoria A. Roberts wrote at the time according to The Post. “While this evidence could certainly lead a rational fact-finder to conclude that ‘something fishy’ was going on, it does not prove beyond a reasonable doubt that defendants reached a concrete agreement to forcibly oppose the United States government.”

There has been successful cases of the federal government bringing about prosecution charges, The Post noted in an article published March 22. Egyptian Sheik Omar Abdel-Rahman (along with nine others) was charged and convicted of “seditious conspiracy” 26 years ago amid the 1993 World Trade Center bombing. (RELATED: DCNF INVESTIGATES: Was Antifa Responsible For The Capitol Riot?)

The group was ultimately “accused of plotting a day of terror for the United States,” according to Reuters. While none were charged directly with the bombing, they were found guilty of 48 out of 50 charges in 1995. Abdel-Rahman was sentenced to life in prison and died in 2017, Reuters reported.

The plot, according to The Post, was “part of an effort to change U.S. policy toward the Middle East.” Peter J. Henning, a law professor, told the newspaper in 2012 that the acquittal would “make the FBI more hesitant to intervene early on” regarding “domestic threats.” 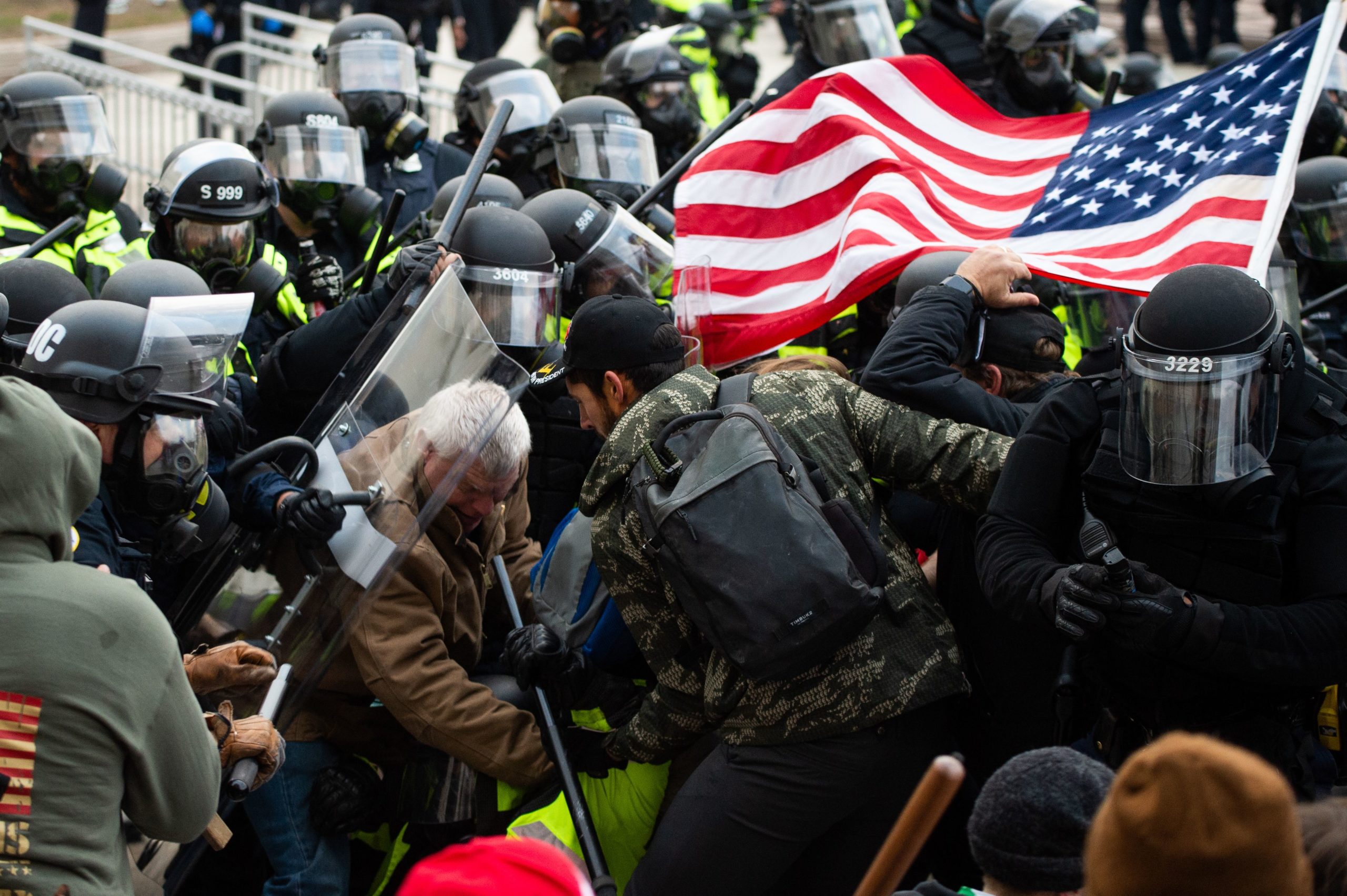 Supporters of US President Donald Trump fight with riot police outside the Capitol building on January 6, 2021 in Washington, DC. (ROBERTO SCHMIDT/AFP via Getty Images)

One of these cases was against a dozen Puerto Rican nationalists who were a part of the Armed Forces of National Liberation (FALN). This group took credit for various bombings in America, according to The Post.

In another case during that decade, over a dozen white supremacists were charged with sedition in 1987. This well-known case was dubbed the Forth Smith sedition trial, though the group was acquitted one year later.

Even with a history of sedition, it doesn’t necessarily mean this charge will be brought against all – or any – of the rioters.

“The bar for sedition is higher these days, which is a big reason prosecutions have been fewer and with more time in between. And there will always be allegations that it’s being used in a politically motivated way,” The Post reported.

Still, as Sherwin told CBS News, hundreds of people have already been charged with regards to the riot. Among the hundreds, he said, there’s evidence of planning with at least some of the groups present.

“The 10% of the cases,  I’ll call the more complex conspiracy cases where we do have evidence, it’s in the public record where individual militia groups from different facets: Oath Keepers, Three Percenters, Proud Boys, did have a plan. We don’t know what the full plan is, to come to D.C., organize, and breach the Capitol in some manner,” Sherwin noted.

As the investigation continues, agents are looking into whether there was “a premeditated plan to breach the Capitol,” as Pelley described it. While rioters have not yet been charged with sedition, Pelley believes the ongoing investigation may very well lead to another historic trial for America.