Archaeologists identified a 3,200-year-old mural painted on the side of an ancient adobe temple in Peru, and believe it depicts a spider god associated with fertility, the Guardian reported.

The mural was discovered in 2020 after local farmers in the Virú province of Peru’s La Libertad region destroyed the site trying to make space for avocado and sugarcane plantations, according to the Guardian.

Months later, experts say the painting on the temple’s wall depicts a knife-wielding spider god, and that the shrine was built by the Cupisnique culture. The pre-Colombian Cupisnique culture developed during the Formative Epoch 3,000 years ago, when the first temples emerged in Peru, according to Museo Larco.

Archaeologist Régulo Franco Jordán said the temple’s proximity to the water was strategic given the spider’s association with water, and suggested to experts that the temple was dedicated to water deities, according to the Guardian.

“What we have here is a shrine that would have been a ceremonial centre thousands of years ago,” Jordán told Peru’s La República newspaper, according to the Guardian. Jordán noted the spider was an important animal to pre-Hispanic cultures, saying, “It’s likely that there was a special, sacred water ceremony held between January and March when the rains came down from the higher areas.”

Jordán said further inspection of the site would have to wait, however.

“The site has been registered and the discovery will be covered up until the [COVID] pandemic is over and it can be properly investigated,” he told La República, according to the Guardian. (RELATED: Tower Of Skulls, Remains Of Human Sacrifice Found In Mexico Archaeological Dig)

Experts reportedly said that roughly 60% of the complex was destroyed in November when the local farmers destroyed the site trying to make space for the crop plantations.

Archeologists have discovered a 2,000-year-old etching of a cat on the side of hill at the Nazca Lines World Heritage site in Peru. The never-before-seen glyph is approx 121 feet tall ???? pic.twitter.com/Dtrm4ucIcD

Only a month before the spider shrine was discovered, archaeologists unearthed a 2,000-year-old carving of a cat on a hillside in Peru, Smithsonian Magazine reported in October. 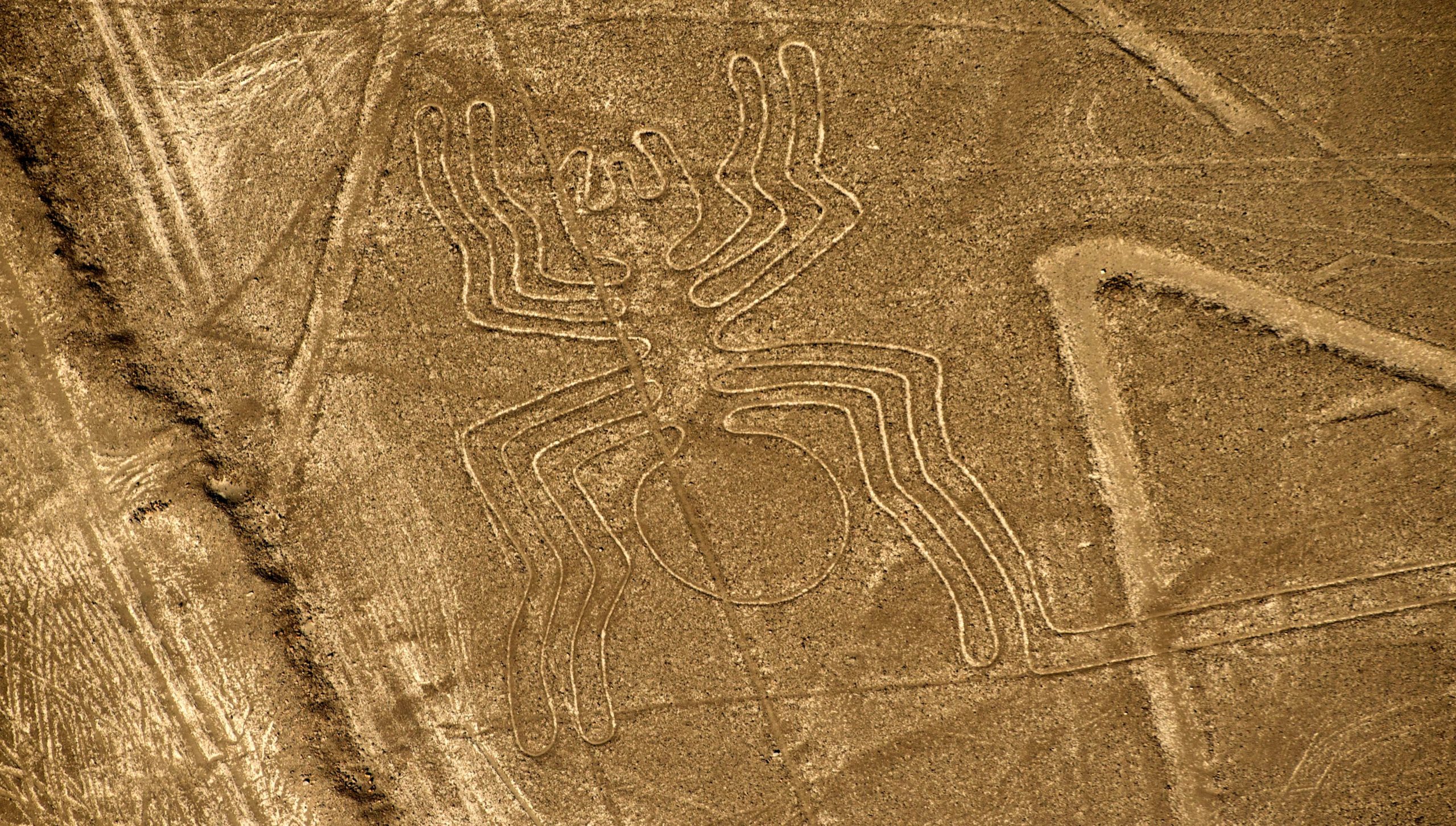 Aerial view of the Spider (46 meters long) at Nazca Lines, some 435 km south of Lima, Peru on December 11, 2014. (Photo by Martin BERNETTI / AFP) (Photo by MARTIN BERNETTI/AFP via Getty Images)

The etching measured 120 feet long and was one of hundreds of ancient drawings called “Nazca Lines” created in the Peruvian desert. Other drawings depict animals including spiders, orcas, and monkeys.