During the early stages of the pandemic, Cuomo’s administration arranged special access to COVID-19 testing for members of the governor’s family and other well-connected individuals, according to reports by the Times Union and The Washington Post. The VIPs were referred to as “specials,” and nurses employed by the state were dispatched to their homes to collect samples, according to one source who spoke to The Post.

Among the VIPs who benefited from the insider testing program was Cuomo’s brother, CNN host Chris Cuomo, according to The Post. Chris Cuomo tested positive for COVID-19 on March 31.

Less than a week prior, Cuomo’s administration had issued an order prohibiting nursing homes from testing incoming hospitalized patients for the virus.

“No resident shall be denied re-admission or admission to the NH solely based on a confirmed or suspected diagnosis of COVID-19,” the Cuomo administration’s March 25 order stated. “NHs are prohibited from requiring a hospitalized resident who is determined medically stable to be tested for COVID-19 prior to admission or readmission.”

The order was intended to alleviate the strain on hospital capacity in New York during the early stages of the pandemic, but the order’s blanket ban on testing incoming patients was criticized by the American Health Care Association and the National Center for Assisted Living. (RELATED: It Has Been One Year Since Cuomo Ordered Nursing Homes To Accept COVID Patients)

The groups issued a joint statement on March 29 saying that data out of the Centers for Disease Control at the time from Louisiana, Florida, Iowa and Michigan “raises serious questions about not testing patients before discharge to nursing homes.”

“The CDC’s Morbidity and Mortality Weekly Report (MMWR) published on March 27* shows that 57% of residents in Washington nursing homes who tested positive for COVID-19 were asymptomatic for up to seven days before developing symptoms, and ‘have potential for substantial viral shedding’ during that period,” the groups wrote.

Cuomo said during an April 23 press conference that nursing homes “don’t have the right to object” to his order requiring them to accept COVID-positive patients.

“That is the rule and that is the regulation and they have to comply with that,” Cuomo said.

A state lab immediately processed samples for individuals tested as part of Cuomo’s VIP priority program, according to The Post. At the time, the lab only had the capacity to test a few hundred samples a day.

Cuomo’s use of state resources to benefit his family and close associates raises serious ethical questions and, experts told The Post. The outlet highlighted that New York has laws on the books prohibiting state officials from using the powers of their post to secure special privileges for themselves or their associates. 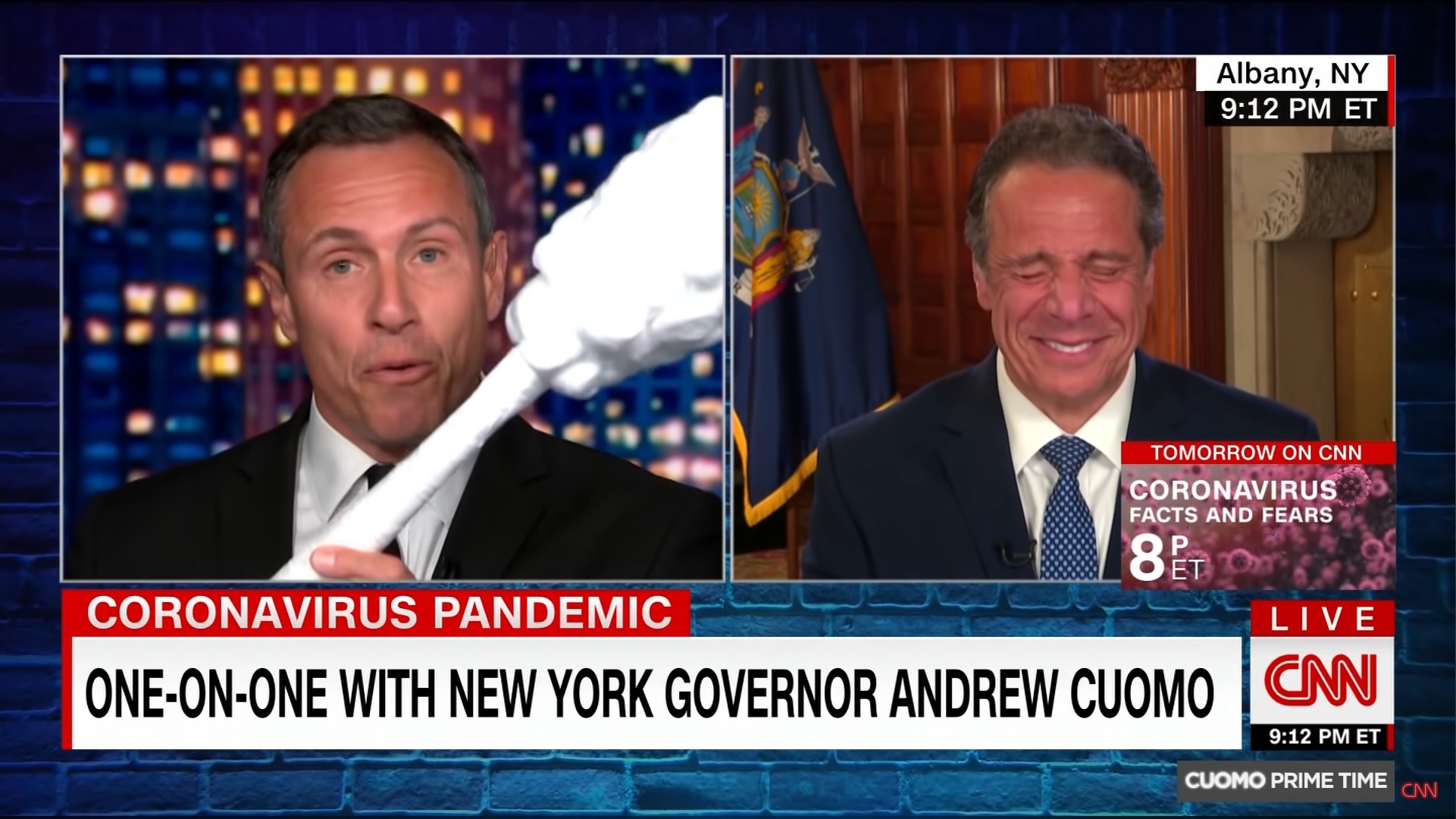 “We generally do not get involved in the medical decisions of our employees,” Dornic said. “However, it is not surprising that in the earliest days of the once-in-a-century global pandemic, when Chris was showing symptoms and was concerned about the possible spread, he turned to anyone he could for advice and assistance, as any human being would.”

Cuomo senior advisor Richard Azzopardi said the reports of Cuomo’s priority testing program were “insincere efforts to rewrite the past.”

“In the early days of this pandemic, when there was a heavy emphasis on contact tracing, we were absolutely going above and beyond to get people testing — including in some instances going to people’s homes, and door-to-door in places like New Rochelle — to take samples from those believed to have been exposed to COVID in order to identify cases and prevent additional ones,” Azzopardi told the Times Union. “Among those we assisted were members of the general public, including legislators, reporters, state workers and their families who feared they had contracted the virus and had the capability to further spread it.”