Around 42 million people from Latin America and the Caribbean want to migrate to the U.S., according to a new Gallup survey published Wednesday.

Gallup studied adults from 33 Latin American and Caribbean nations and asked the participants if they would like to permanently move to another country if they could.

Of the respondents, 27% said “yes,” according to the survey. The 33 nations have a total population of roughly 450 million adults, so 27% of respondents wanting to migrate elsewhere means roughly 120 million people would like to leave their home nations, according to the poll.

Gallup then asked the group of respondents which country they would like to permanently migrate to.

Thirty-five percent of participants, which translates to approximately 42 million people, said they would want to go to the U.S.

The U.S. is currently seeing a crisis at the southern border, with thousands of migrants from Central America and Mexico illegally entering the U.S. (RELATED: Honduran Migrant En Route To US Says That Biden Is ‘Going To Help All Of Us’)

A recent poll found 50% of Americans consider the ongoing situation a “crisis,” according to Politico/Morning Consult.

The New York Times (NYT) reported in early March that the number of unaccompanied minors detained at border facilities had tripled in just two weeks. 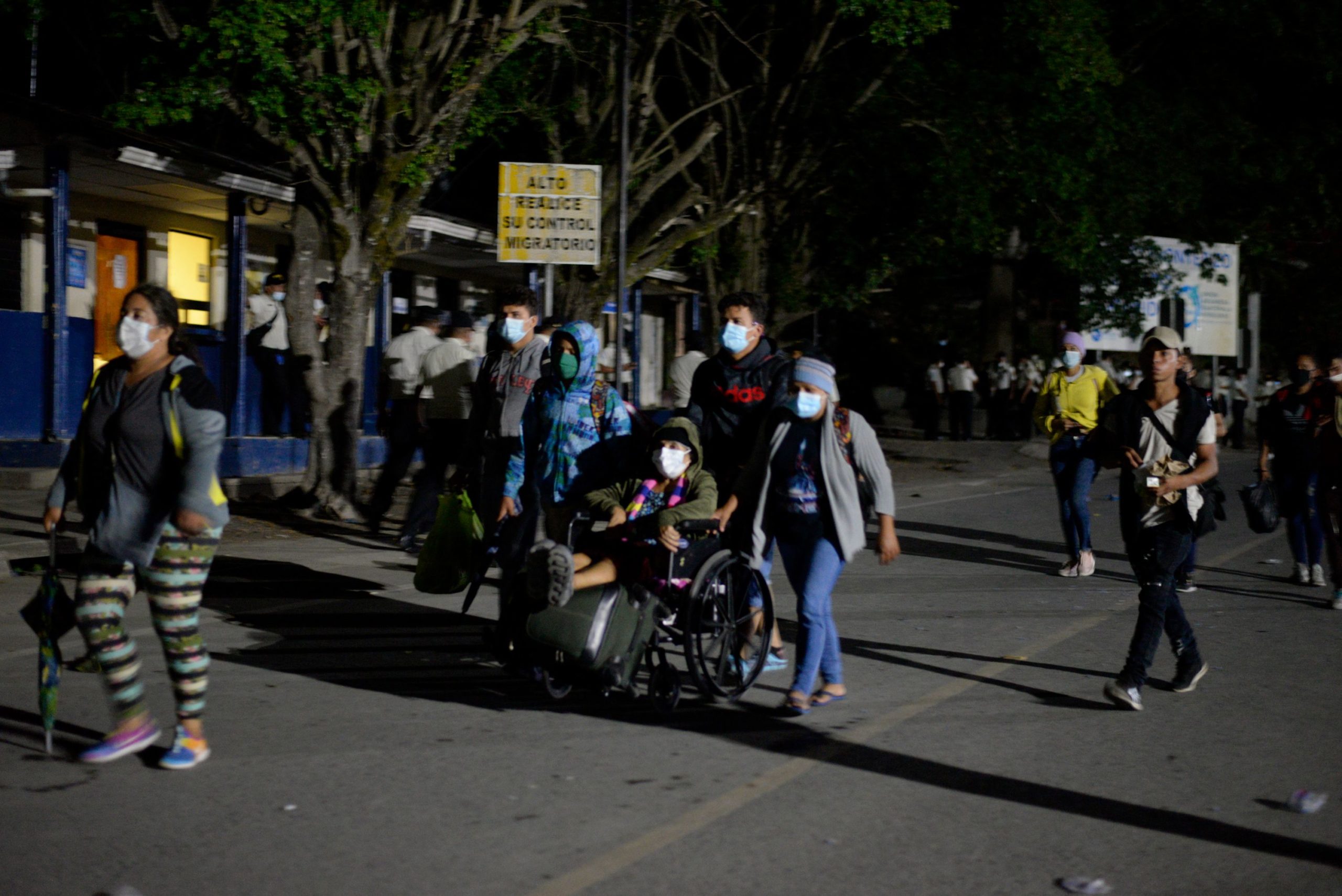 Honduran migrants heading to the border with Guatemala, march in the municipality of El Florido, in the Honduran department of Copan, on January 15, 2021 on their way to the United States. -(JOHAN ORDONEZ/AFP via Getty Images)

The Department of Homeland Security (DHS) estimates more than 117,000 unaccompanied minors will arrive at the southern border in 2021, according to the Washington Examiner.

DHS said a mix of violence, poverty and natural disasters have forced migrants to flee to the U.S.. Border facilities have become overwhelmed by the recent surge in migrants, according to CNN.