The majority of America expects Gonzaga or Baylor to win the NCAA Tournament.

According to geotagged Twitter data compiled by betonline.ag, Gonzaga and Michigan are each the favorite to cut down the nets in 14 states. (RELATED: David Hookstead Is The True King In The North When It Comes To College Football)

Alabama is favored in six states and Baylor is only favored in four states. You can see the full map below. 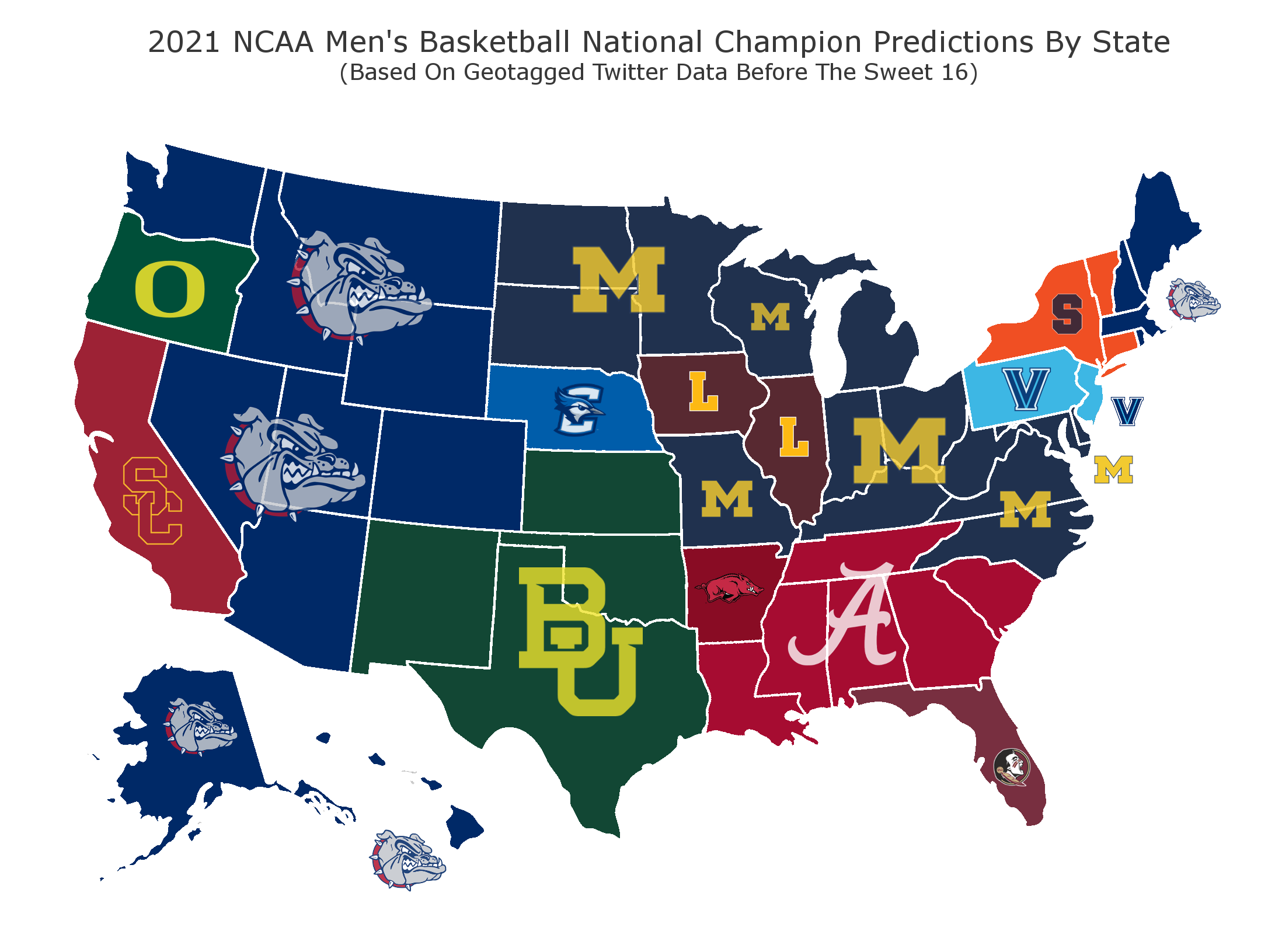 How is Baylor the favorite in only four states? They’ve looked every bit as great as Gonzaga. In fact, they might even have looked better through the squad’s first two games.

Baylor’s athleticism is unreal, and that was on full display against the Wisconsin Badgers.

I don’t understand at all how Michigan is such a popular pick. Of all the top seeds remaining, I’d put them as a distant third behind Gonzaga and Baylor.

Clearly, the rest of America must know something that I don’t.

As I’ve said before, I’m all in on Loyola at this point, and I think most of you should be too if your team is out.

What’s not to love about them? They’re the scrappy underdog and they have Sister Jean! They’re a fun team to rally behind.

Let us know in the comments who you’re cheering for in the NCAA Tournament!