Congressional Democrats and President Joe Biden have vowed to act on gun control in the aftermath of two mass shootings that left 18 people dead, but despite their majorities in Congress, Democrats’ proposed bills would be extraordinarily unlikely to overcome a Republican Senate filibuster.

Partisan gridlock on guns is nothing new. No major gun control legislation has passed in over 25 years, when Congress passed a 10-year assault weapons ban under former President Bill Clinton. But despite the constant stalemates, some Republicans have offered alternative plans, meaning that the possibility of some form of bipartisan gun legislation may still exist.

Pennsylvania Republican Sen. Pat Toomey said Tuesday that while he did not think the two bills passed by the House would overcome a filibuster, there was still opportunity for compromise.

“I still support background checks on commercial sales,” Toomey said. “We’re having preliminary conversations and I hope we can get something across the goal line. But, you know, it’s very difficult.”

Toomey and West Virginia Democratic Sen. Joe Manchin cosponsored a bipartisan background checks bill in 2013, the closest Congress has come to passing any broad gun legislation since the 1990s. The bill got 54 votes in Senate, but ultimately fell six votes short of breaking a filibuster. (RELATED: Democrats Vow To Act On Gun Control, But Major Action Is Unlikely) 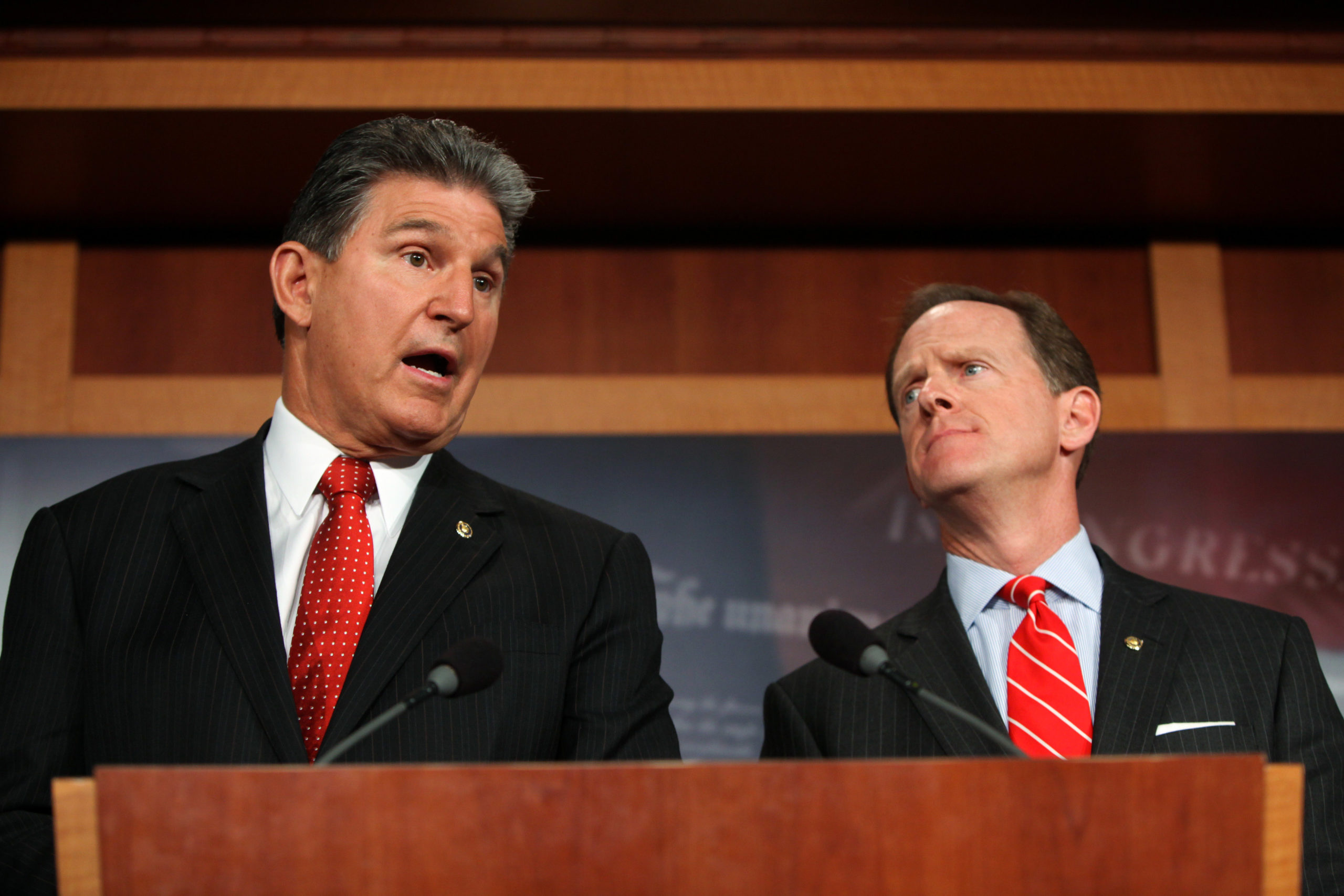 Even though that bill failed, it likely has a better chance of becoming law than H.R. 8 and H.R. 1446, two bills passed the House last week which expand background checks and extend waiting periods on gun purchases from three to 10 days.

“No, I don’t support what the House passed,” Manchin told reporters Tuesday. “Not at all.”

“I’m basically where Pat Toomey and I have been,” Manchin said, invoking their 2013 bill. “[I support] the most reasonable piece of gun legislation, called Gun Sense, which is basically saying that commercial transactions should be background checked.”

Unlike the Manchin-Toomey bill, H.R. 8 would require background checks for any gun purchase, not just commercial transactions.

Manchin’s comments were echoed by some Senate Republicans, who were optimistic that a compromise could be reached. 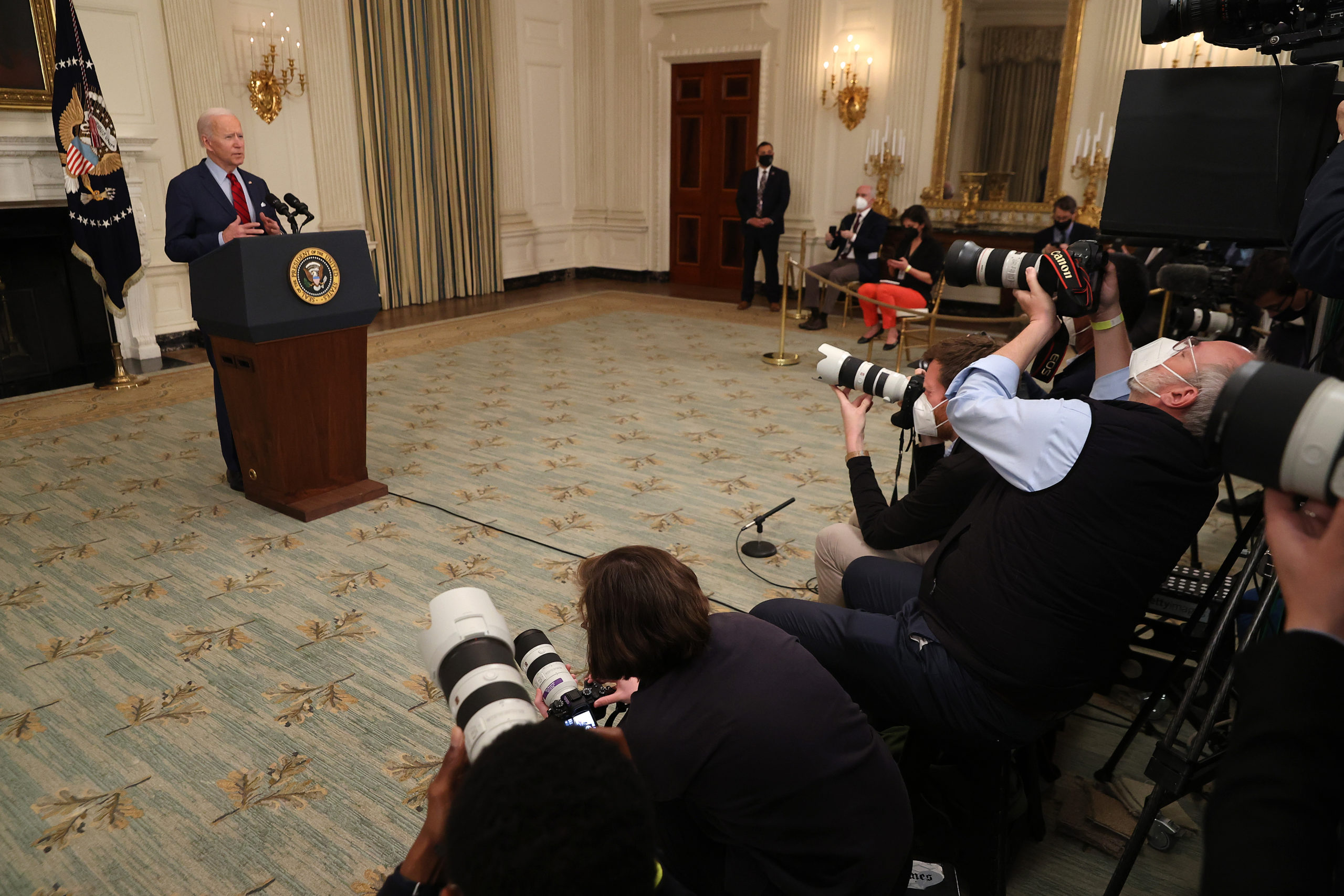 Even Senate Minority Leader Mitch McConnell, who refused to bring the House bills to a vote when they passed last Congress, said during a GOP press conference Tuesday that he was “open to the discussion” of compromising on gun control, though he did not offer specifics.

“Thoughts and prayers are not enough. We need action,” said Texas Republican Sen. Ted Cruz, discussing a bill that he brought forward with Iowa Sen. Chuck Grassley that would create a federal task force charged with stopping people from buying firearms who had been previously banned from owning them.

But Cruz also accused Democrats of engaging in “ridiculous theater” every time a mass shooting occurred, prompting them to respond and call out Cruz for allegedly putting “poison pills” in his bill that would prevent it from getting Democratic support.

“I want to find something that can pass,” Toomey said Tuesday. “That probably would require something a little bit different. So, we’ll see if we can figure out how to thread that needle.”