The former director of the Centers for Disease Control and Prevention is just the latest official from the Trump administration to come out in support of the theory that coronavirus leaked from a lab in Wuhan, China.

Redfield said that, in his opinion, the virus likely leaked from a lab in Wuhan and began spreading in late 2019. Redfield was a key official in the U.S. government’s response to the coronavirus pandemic.

“I am of the point of view that I still think the most likely etiology of this pathogen in Wuhan was from a laboratory, escaped,” Redfield told CNN’s Sanjay Gupta for a special on the virus that airs Sunday.

Dr. Anthony Fauci, chief medical adviser for COVID-19 to President Joe Biden and Trump, responded to Redfield’s comments on C-SPAN: “Dr. Redfield was mentioning that he was giving an opinion as to a possibility. But again, there are other alternatives, others that most people hold by.”

Trump said in April 2020 that he had seen intelligence that made him confident that the Wuhan Institute of Virology was the origin of the novel coronavirus.

“Have you seen anything at this point that gives you a high degree of confidence that the Wuhan Institute of Virology was the origin of the virus?” Fox News reporter John Roberts asked Trump.

“Yes, I have,” Trump responded. “And I think the World Health Organization should be ashamed of themselves because they’re like the public relations agency for China.”

In February, former Director of National Intelligence John Ratcliffe said the WHO should not dismiss the hypothesis that the coronavirus leaked from a lab. 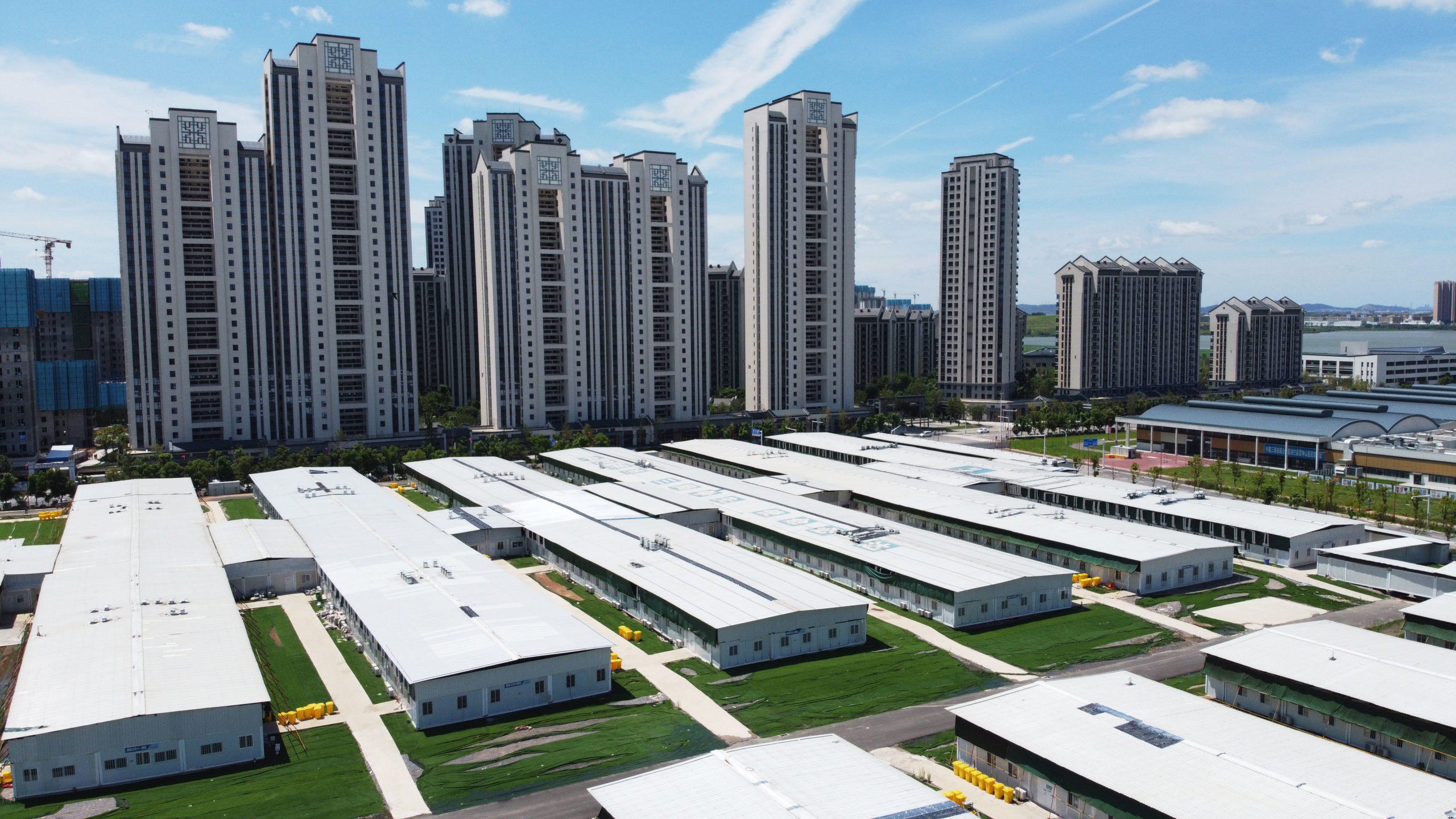 This photo taken on August 6, 2020 shows an aerial view of the new Wuhan hospital that was built to care for patients affected by COVID-19 in Wuhan. (HECTOR RETAMAL/AFP via Getty Images)

Former Secretary of State Mike Pompeo told Fox News also in February that he still believes the coronavirus originated in a Chinese lab.

The State Department issued a statement on Jan. 15 saying that “The U.S. government does not know exactly where, when, or how the COVID-19 virus—known as SARS-CoV-2—was transmitted initially to humans. We have not determined whether the outbreak began through contact with infected animals or was the result of an accident at a laboratory in Wuhan, China.” (RELATED: ‘Bat Lady’ Denial Of Chinese Military Involvement In Wuhan Lab Puts Her On Collision Course With US Intelligence)

“The virus could have emerged naturally from human contact with infected animals, spreading in a pattern consistent with a natural epidemic. Alternatively, a laboratory accident could resemble a natural outbreak if the initial exposure included only a few individuals and was compounded by asymptomatic infection,” the State Department said.

“Scientists in China have researched animal-derived coronaviruses under conditions that increased the risk for accidental and potentially unwitting exposure,” according to the State Department.

The Wuhan Institute of Virology has engaged in classified laboratory animal experiments for the Chinese military since at least 2017, according to the statement.

Former deputy national security adviser Matthew Pottinger said the State Department created a statement that was “carefully crafted so as not to overstate the case that it was making.”

“This was a document that was scrubbed by every department within every bureau within the State Department, was looked at very carefully by the National Security Council staff, intelligence officers, Health and Human Services,” he said.

Pottinger has said he believes a lab leak is the most likely origin of the virus. (RELATED: Trump National Security Official Says Evidence For Wuhan Lab Error ‘Far Outweighs’ Other Theories)

Asked about the statement issued during the Trump administration, a senior Biden State Department official told The Washington Post, “No one is disputing the information” in the statement, but that the data points were hand-picked by senior Trump officials and focused too much on the lab-leak theory.

National security adviser Jake Sullivan has said the Biden administration is not ready to say how the virus originated.

“I am not in a position, nor is the Biden administration in a position to make a determination about precisely where COVID-19 originated,” he told “Face the Nation” in February.