The number of vessels stuck in a traffic jam outside the Suez Canal rose to 200 Friday as recent efforts to free a cargo ship wedged between the Canal’s two banks failed.

Dislodging the stuck ship, the Ever Given, could take up to a week, and the vessel can encounter structural issues while it remains stuck, a salvage expert told the Associated Press (AP).

Egypt’s Suez Canal is still blocked 3 days after a container ship the size of the Empire State Building got stuck.

Officials say it has yet to move, despite digging.

200+ ships are waiting to cross. Experts say the blockage may last weeks, delaying up to $10B in cargo per day. pic.twitter.com/ijGdabgRUd

“We are tracking the situation very closely,” said Press Secretary Jen Psaki at a Friday press briefing. “As part of our active diplomatic dialogue with Egypt, we’ve offered U.S. assistance to Egyptian authorities to help reopen the canal.”

The Panama-flagged MV Ever Given got trapped early Tuesday morning in the Suez Canal after entering through the Red Sea due to strong wind, as previously reported.

The ship was twisted in a way that its bow got stuck in the V-shaped waterway’s eastern bank while its stern got trapped against the Canal’s western wall. 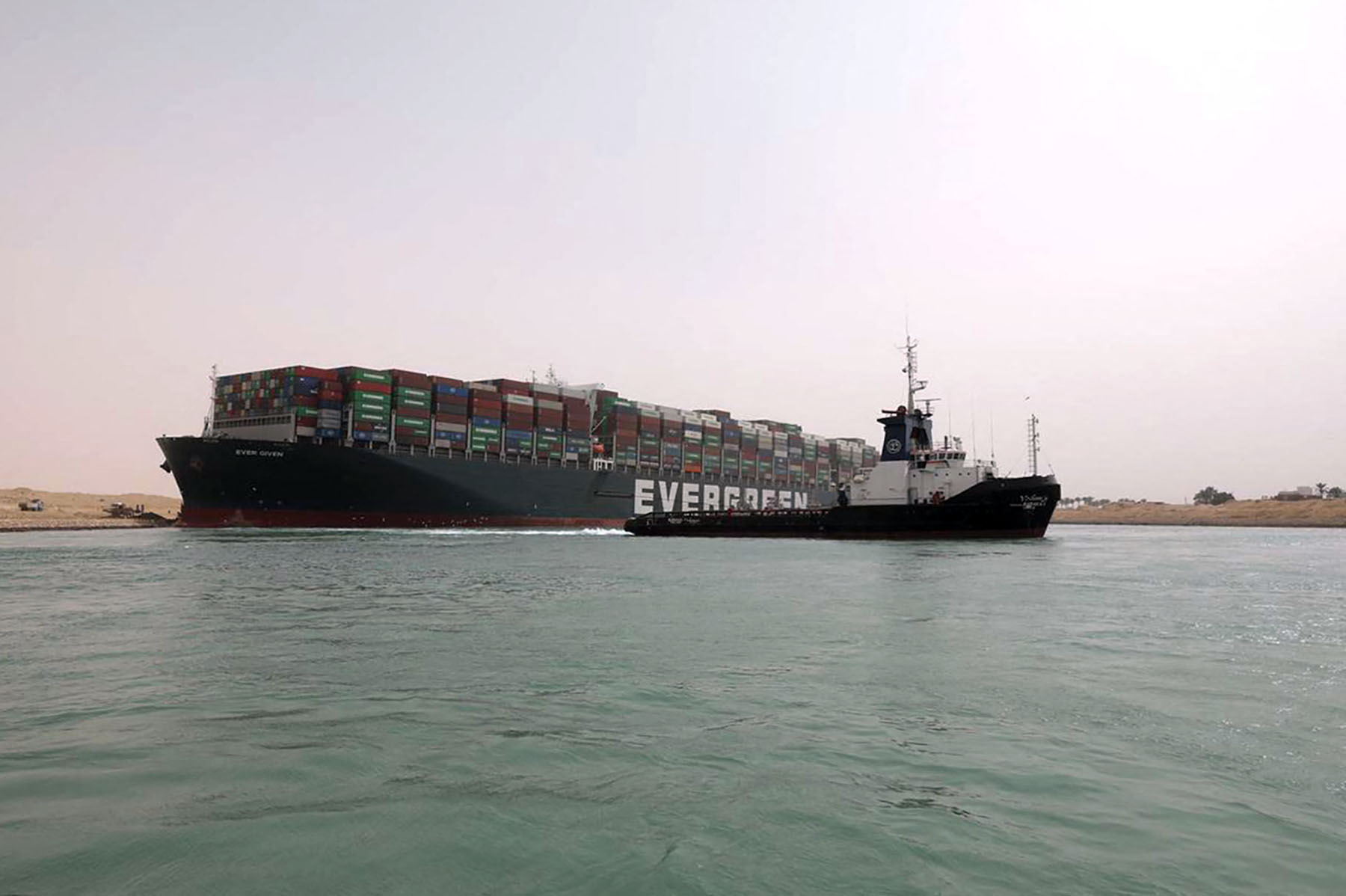 Two Thursday attempts to dislodge the ship failed, according to the NY Times.

Another attempt on Friday also failed, the AP reported.

Boskalis and Canal authorities have been working together to remove sand and mud from around the port side of the ship’s bow with tugboats and a specialized suction dredger, according to the AP. Two more tugboats are set to arrive Sunday, the outlet reported.