Despite the five distinct groups, all but the “Never Trump” group held an overwhelmingly favorable view of the former president, according to the survey. Among Republicans overall Trump’s favorability rating was 81%.

“Trump Boosters” made up 28% of respondents and was the largest group. The group consisted of Republicans who overwhelmingly supported the former president and believed he did a good job while in office, but were more supportive of the Republican Party than they were of Trump himself.

“Diehard Trumpers” made up 27% of respondents, and unlike “Trump Boosters” were more supportive of the former president than the GOP overall. They said that they would “definitely” vote for him in a Republican primary if he were on the ballot, and believe that he should be the one leading the party going forward. 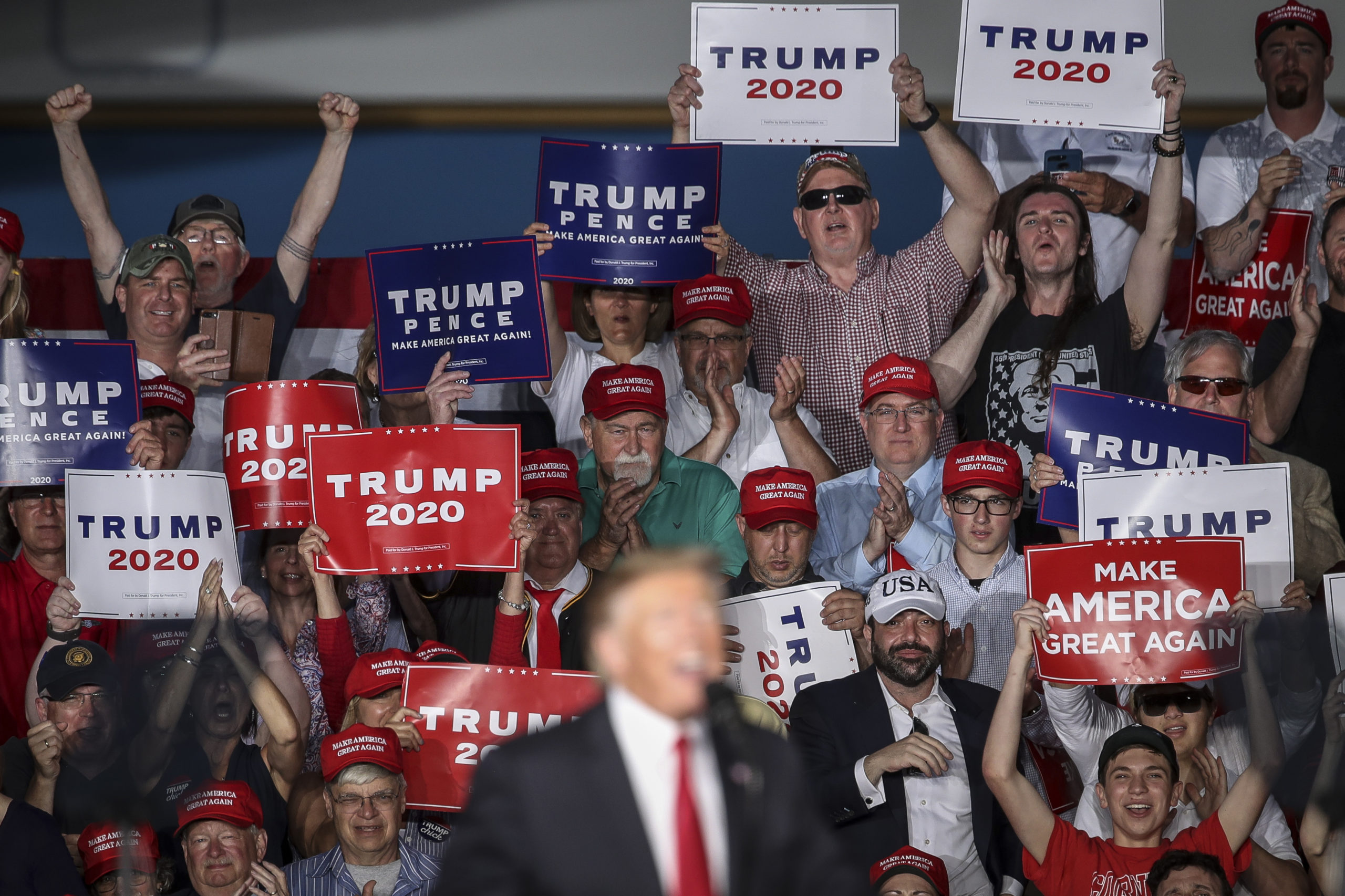 The crowd cheers on President Donald Trump during a ‘Make America Great Again’ campaign rally at Williamsport Regional Airport in Pennsylvania on May 20, 2019. in Montoursville, Pennsylvania. (Drew Angerer/Getty Images)

The “Post-Trump GOP” made up one-fifth of respondents, and while they viewed Trump favorably overall they said that he should not be the one leading the party going forward. Most said that they would vote for former Vice President Mike Pence, former South Carolina Gov. Nikki Haley or Florida Gov. Ron DeSantis in a future GOP primary, according to the survey.

The “Never Trump” faction comprised 15% of Republicans. Unlike the other groups, they viewed Trump unfavorably and said that it would be best for the GOP to completely move on. Almost none would vote for him again, while almost a quarter said that they would vote for Utah Sen. Mitt Romney if he ran for president again. (RELATED: Mitt Romney: ‘Trump Has A Relaxed Relationship With The Truth’)

The smallest group identified in the survey was a group referred to as the “Infowars GOP,” which almost unanimously supported Trump but also held favorable views of the far-right QAnon group and the baseless conspiracies. Four-fifths said that they would back Trump in a future election, higher than every group but the “Diehard Trumpers.”

Overall, despite Trump’s varying popularity within the groups, over half of Republicans said that he should be the one to lead the party going forward.

The poll surveyed 1,264 Republicans nationwide and had a margin of error of 2.76 percentage points.