China and Iran, both under U.S. sanctions, signed a 25-year  cooperation agreement Saturday, which will help Iran counter U.S. sanctions and increase Chinese influence in the region.

Iran and China have been working on the accord since Chinese President Xi Jinping’s 2016 visit to Iran, Al Jazeera reported. The countries also pledged to boost bilateral trade 10-times higher than current levels, up to $600 billion in the subsequent decade, according to the outlet. (RELATED: The Emerging China-Iran-Pakistan Alliance Is Directed DECIDEDLY Against The United States) 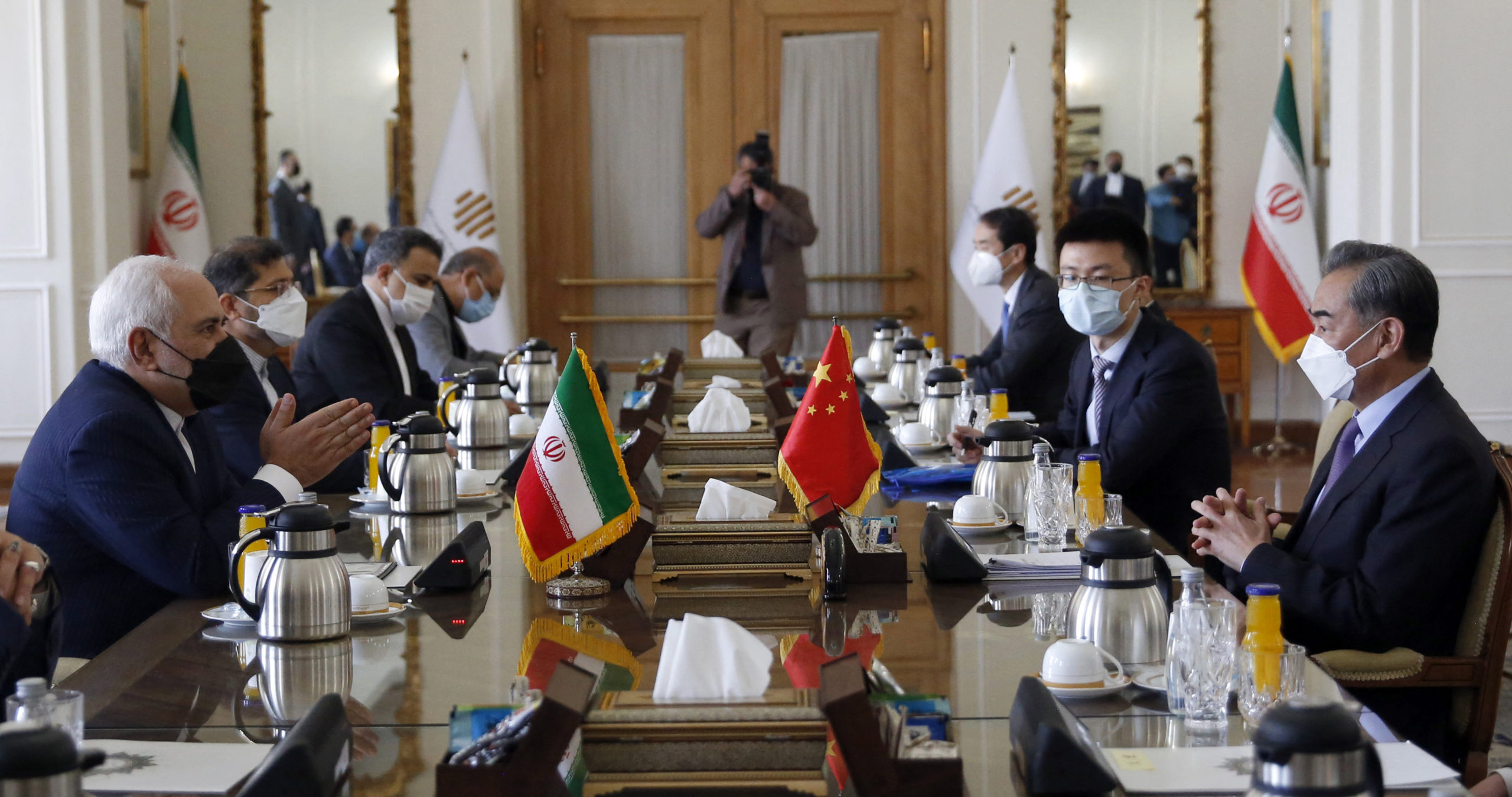 Under the pact, which could increase Chinese influence in the Middle East while undermining American efforts to isolate Iran, China will invest $400 billion in the Iranian economy over 25 years in return for Iran guaranteeing China a steady supply of oil to power its expanding economy, The New York Times reported.

The Comprehensive Strategic Partnership will strengthen Sino-Iranian cooperation over a plethora of economic sectors ranging from oil and mining to transportation and agriculture, according to the Associated Press (AP).

The deal, which was signed as China and Iran celebrated the 50th anniversary of bilateral diplomatic relations, will also boost bilateral tourism and cultural exchange, according to the outlet.

China has sharply increased its imports of oil from Iran and Venezuela in a challenge to 2 Biden administration foreign-policy priorities, according to US officials, undermining key diplomatic leverage Washington needs to restart long-stalled negotiations https://t.co/UHKuaSV5I0

“Relations between the two countries have now reached the level of strategic partnership and China seeks to comprehensively improve relations with Iran,” Yi told Zarif ahead of the deal’s signing, Reuters reported.

“Our relations with Iran will not be affected by the current situation, but will be permanent and strategic,” Yi said. (RELATED: Russia, China, Iran Acting In Tandem To Paint COVID-19 As An American Bioweapon, State Dept Report Suggests)

Dr. Peter Berkowitz, director of the U.S. State Department’s Policy Planning Staff, had warned in 2020 that the Comprehensive Strategic Partnership’s signing would be “very bad news for the free world.”

“Iran sows terrorism, death and destruction throughout the region – to be empowered by the People’s Republic of China would only intensify the threat,” Berkowitz told Al Arabiya English.

Commenting on the agreement, Iranian President Hassan Rouhani thanked China for supporting Iran in “countering U.S. unilateralism and excessive demand,” according to the IRNA.

Iran and China have signed a 25-year “strategic cooperation pact” as the two US rivals move closer together. Both countries will overlook the genocide of Uighurs by Beijing and the Baloch by the Ayatollahs. https://t.co/Akalub5qtq

Iran’s now-closer links with China might help it shield its economy from the impact of U.S. sanctions, Bloomberg reported.

The U.S. under President Donald Trump had withdrawn from the Joint Comprehensive Plan of Action (JCPOA), a peace deal where Iran restricts its nuclear program in return for sanctions relief, in 2018, claiming it was ineffective in curbing Iran’s quest to build nuclear weapons, as previously reported.

Following the American withdrawal from the deal, Trump slapped a series of sanctions on Iran, including blacklisting Iran’s entire financial system.

China and Russia, parties to the JCPOA, have urged the U.S. to re-enter the agreement by removing the harsh sanctions Trump imposed on Iran, according to Al Jazeera.

President Joe Biden has expressed willingness to either restore the JCPOA or negotiate a new deal.