The attack happened outside of the Sacred Heart of Jesus Cathedral in Makassar at around 10:30 a.m. Sunday morning, as a Palm Sunday mass was concluding, NPR reported. 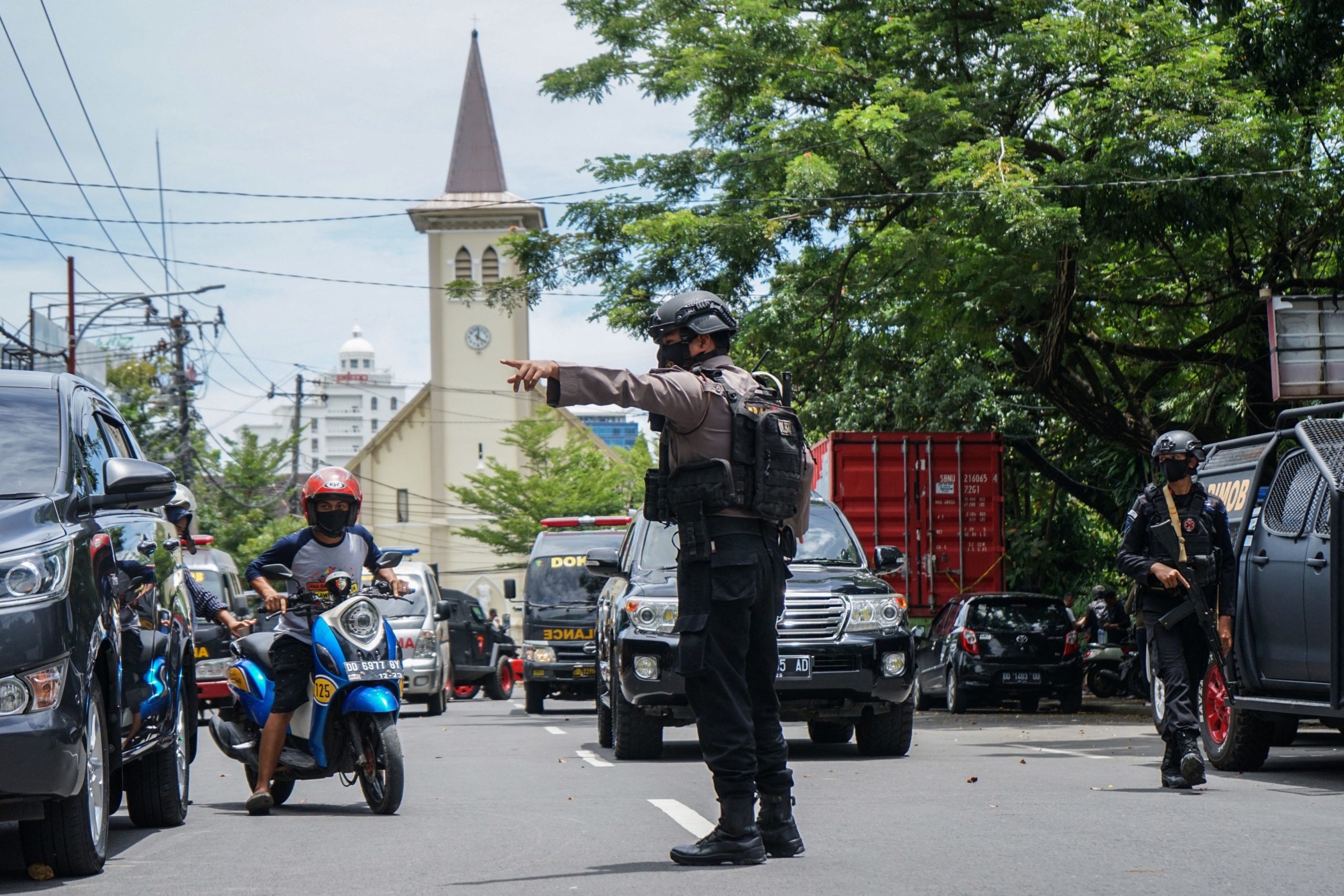 An Indonesian policeman manages the traffic after an explosion outside a church in Makassar on March 28, 2021. (Photo by DAENG MANSUR/AFP via Getty Images)

No deaths were reported besides the attackers. The injured include church workers and worshipers.

Wilhemus Tulak, a priest at the church, told local media that the suspected attackers tried to enter the church grounds on motorbikes, but a security guard stopped them, Deutsche Welle reported. He said those who were injured were in serious condition.

“We were finishing the service and people were going home when it happened,” Tulak told reporters, according to Deutsche Welle.

A destroyed motorbike and body parts were found at the scene of the attack, according to the BBC. Makassar Mayor Danny Pomanto reportedly said that had the explosion happened at the church’s main entrance, there likely would have been casualties. 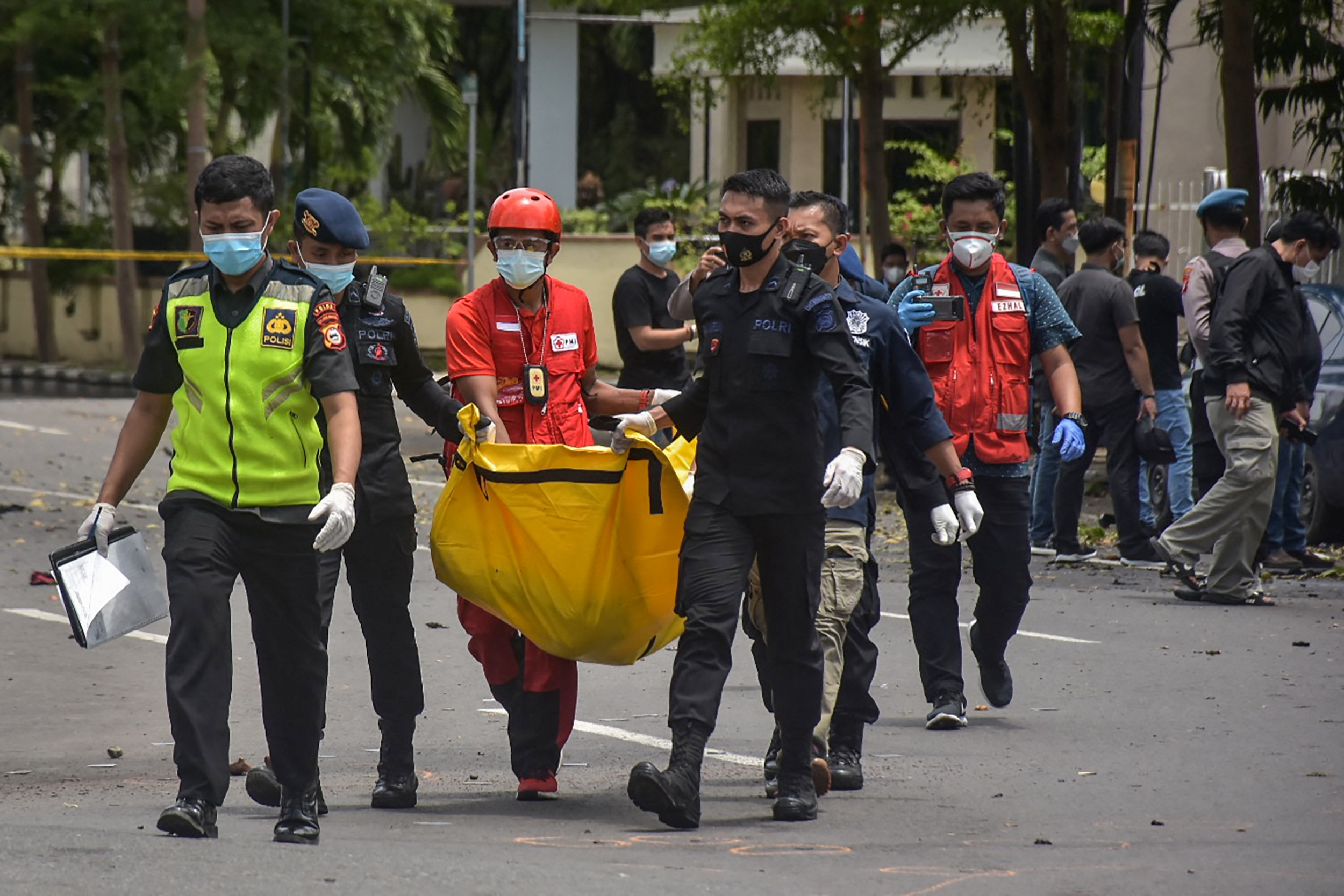 Indonesian President Joko Widodo called the attack an “act of terrorism” and said he ordered the police to investigate the “networks” that were responsible for the bombing, NPR reported. He also urged people to remain calm and affirmed that “the state guarantees the safety of religious people to worship without fear.”

No entity has yet claimed responsibility for the attack. 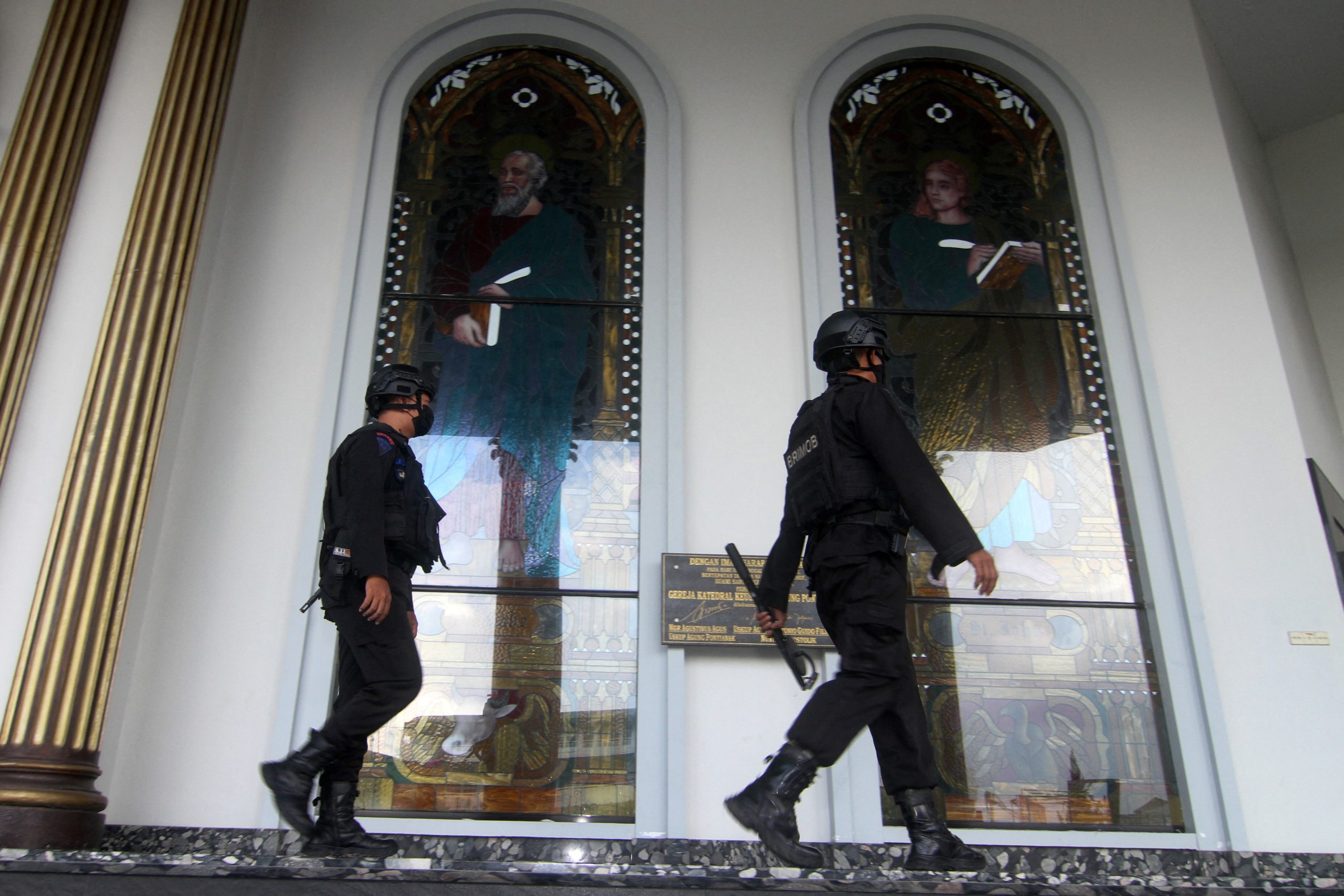 Police step up security at the cathedral in Pontianak on Borneo island on March 28, 2021, following the suicide bombing at a church in Makassar on Palm Sunday. (Photo by Andri Husen / AFP) (Photo by ANDRI HUSEN/AFP via Getty Images)

Indonesia has the world’s largest share of Muslims and has faced rising religious extremism, according to NPR. Extremists have targeted churches in the past in Indonesia. In 2018, a family of militant Islamists bombed three churches in Surabaya, killing 12. The clan of terrorists was believed to have ties to Jamaah Anshar Daulah (JAD), an extremist group that is affiliated with the Islamic State network in Indonesia. (RELATED: Entire Family Of ISIS-Linked Suicide Bombers Blows Up 3 Churches In Indonesia)

Days after, another family of suicide bombers attacked a police headquarters, the BBC reported.