Customs and Border Protection (CBP) is holding migrants in overcrowded cells constructed from clear plastic curtains that contain a toilet, a water fountain and concrete benches, Cabrera told the DCNF on an exclusive tour near the border. Migrants are being held for long periods of time in a facility that was intended for short-term detention, Cabrera added.

“We have running water in, say, our station, the cells have a toilet, they have a water fountain, they have concrete benches because we’re designed kind of like a drunk tank,” Cabrera said. The facilities were designed for people who are “going to be there for a few hours, 24 hours at the most and maybe get a baloney sandwich or two and you’re on your way,” Cabrera said.

CBP opened the temporary processing facility in Donna, Texas, on Feb 9. and was expected to have “ample” room for migrants detained there, according to the agency. The facility held over 3,800 migrants the week of March 23, approximately 1,550% over its capacity of 250, ABC News reported after obtaining internal documents. 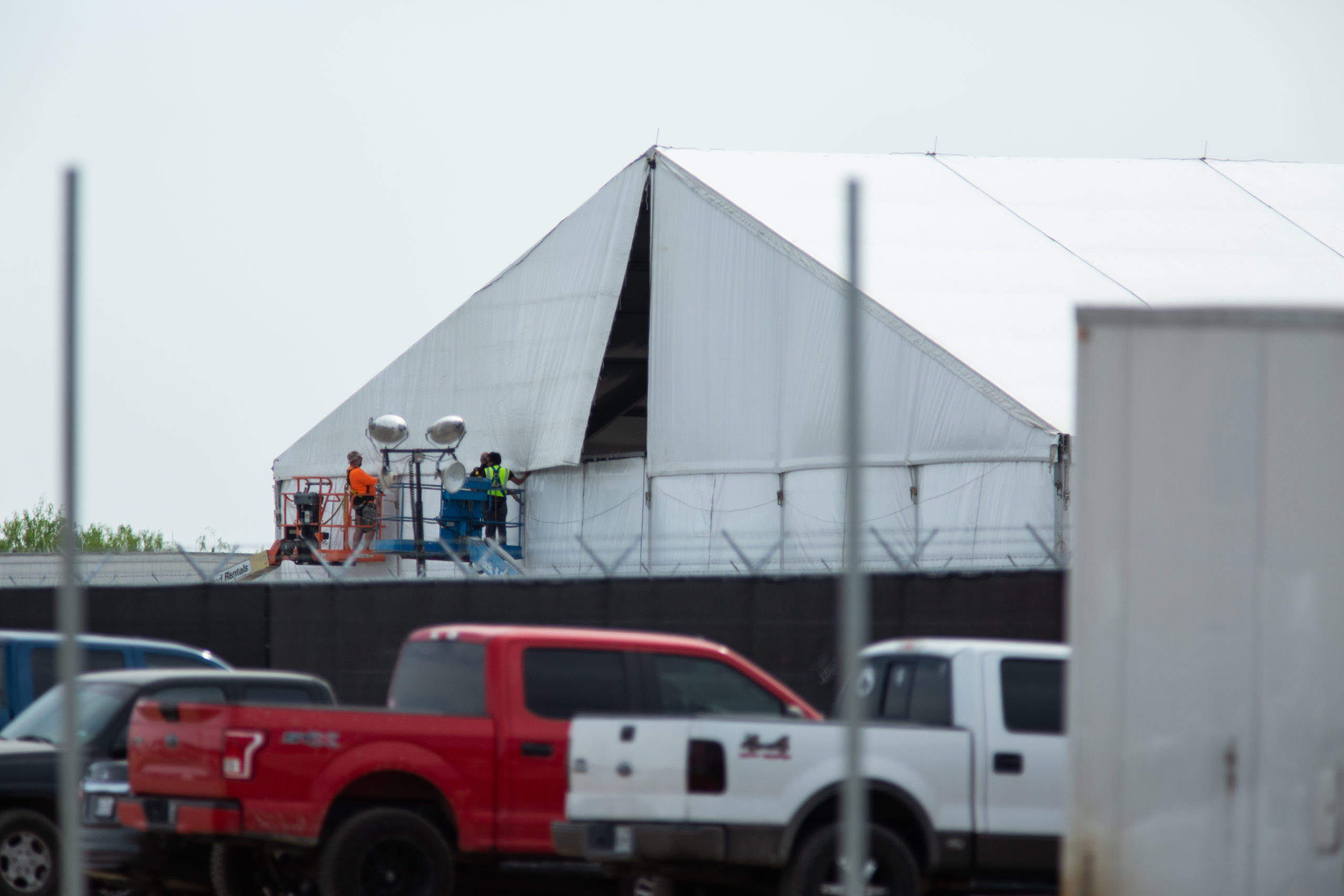 A Border Patrol whistleblower reportedly said conditions at the Donna facility were “extremely unsafe and unhealthy for the detainees, agents and civilian workforce,” according to Fox News. Cabrera verified the whistleblower’s claims to the DCNF.

Part of the reason the CBP facility doesn’t have enough resources for all of the migrants is because they only acquired what would be needed if the facility reached capacity, Cabrera told the DCNF.

“Now we’ve gotten into this long-term detention and even our long-term detention isn’t set up for as long as it is,” Cabrera told the DCNF. “There are hot showers. There’s some hot food they get at certain times of the day and they get thin little flimsy mattresses that they can take. Apparently, there’s not enough of those things to go around because we’re way, way overcapacity.”

The facility was constructed of material Caberea compared to a clear plastic shower curtain. He told the DCNF, “if you wanted to break out you could do it with your teeth.” (RELATED: Biden’s Plan To Tell Immigrants Not To Come To America Won’t Work, CBP Union Spokesman Says)

The Department of Health and Human Services is expanding its capacity to hold unaccompanied migrant minors in soft-sided facilities in Donna, Texas, and at other locations, a senior U.S. Border Patrol official said Friday. The agency is constructing additional facilities in Carrizo Springs and Eagle Pass, Texas, the official said.

“To the outside, that’s just a piece of plastic. It’s a tent. On top of that nothing’s locked, you wouldn’t even need to break out of it you could just walk out of it,” Cabrera told the DCNF.

There have not yet been instances of migrants breaking out of the facility, Cabrera told the DCNF.

CBP encountered over 100,000 migrants in February including more than 9,000 unaccompanied migrant minors and nearly 20,000 family units, according to the agency.