States are rushing to expand access to coronavirus vaccines as cases, many of which are virus variants, begin to rise again.

Kansas, Louisiana, North Dakota, Ohio, Oklahoma and Texas are set to make vaccines available for all residents 16 and older Monday, and Connecticut, Indiana, Minnesota and South Carolina will do so later this week, USA Today reported. The increased push, however, mirrors a rise of 63,199 confirmed cases last week, up approximately 15% from two weeks earlier, according to Johns Hopkins University.

Nearly all states and Washington, D.C., have pledged to make all Americans eligible for the vaccine by May 1, in line with President Joe Biden’s goal. The rate at which Americans have gotten vaccinated has accelerated as well, with 143 million total doses having been administered since they were first approved in December, according to the Centers for Disease Control and Prevention (CDC). (RELATED: Is Natural Immunity Better Than A Coronavirus Vaccine?) 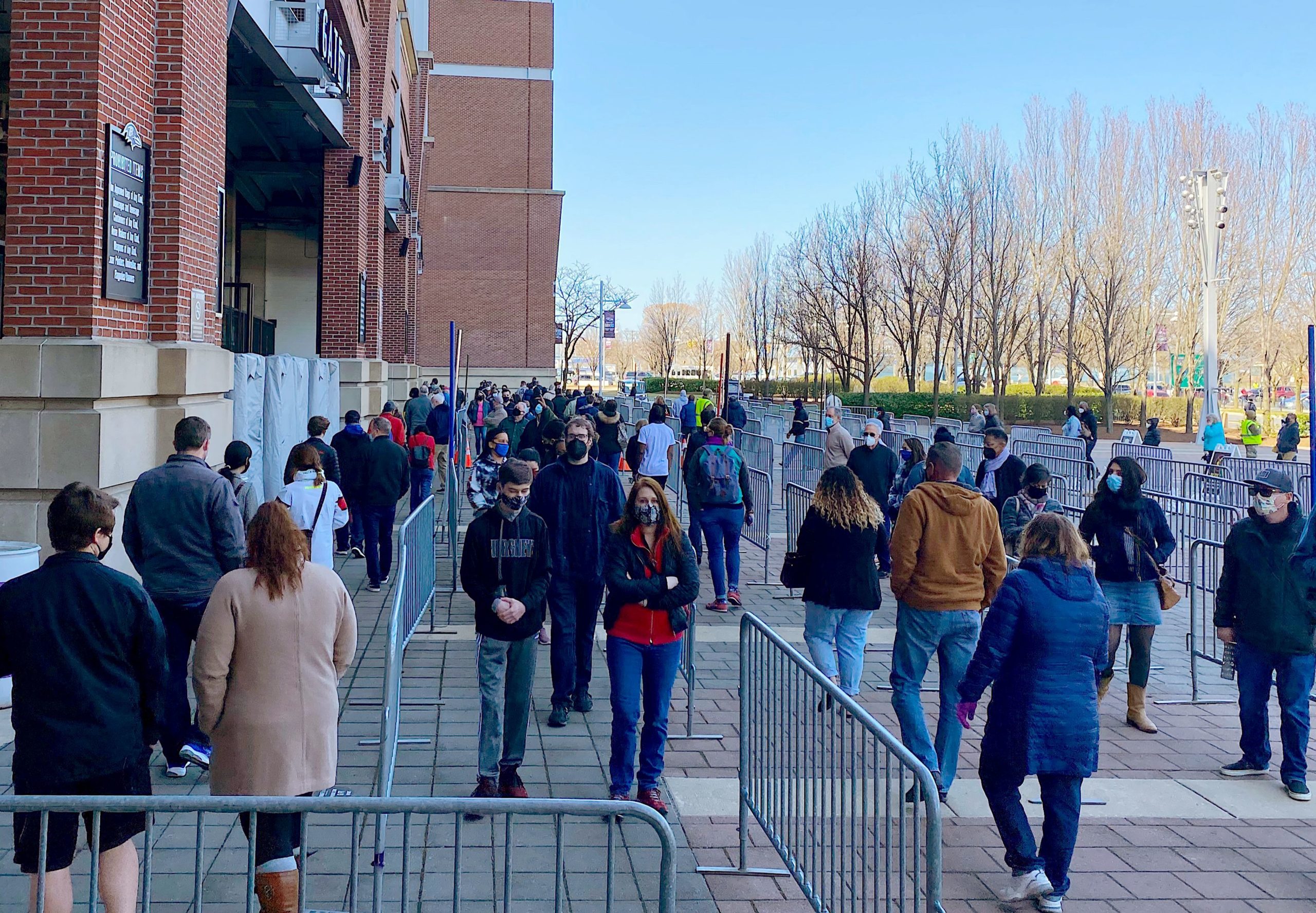 People line up at M&T Bank Stadium in Baltimore, Maryland, to get vaccinated on March 20, 2021. (ERIC BARADAT/AFP via Getty Images)

The U.S. has averaged 2.3 million daily doses through March 22, according to the CDC, up from just over 1.4 million a month earlier. During his press conference last Thursday, Biden said the administration seeks to administer 200 million shots by May 1, double the president’s original target since taking office. (RELATED: Americans Are Starting To Emerge From Their COVID Bunkers As Vaccinations Accelerate)

The rise in cases has not been confined to a single state. Florida has recorded more cases of the highly-transmissible U.K. variant than any other state, Michigan’s cases have risen 133% in the past two weeks and Vermont, whose response has been one of the best in the country, reached a single-day record Friday.

But even as cases rise in several states, deaths continue to fall as vaccinations ramp up. The U.S. recorded 487 deaths Sunday, down almost a third compared to two weeks earlier.