The Biden administration ended the Migrant Protection Protocols which required migrants to remain in Mexico as their asylum claims were processed and opened up Title 42 public health restrictions that prevented entry due to the COVID-19 pandemic to allow unaccompanied migrant minors to enter the U.S. without planning how federal agencies would process or hold them, Cabrera told the DCNF while touring illegal crossing hotspots on Wednesday.

Cabrera said that the Biden administration can’t backtrack to reinstate many policies because Mexico is not willing to receive as many migrants as it did during the Trump administration.

“Regardless of whatever your messaging is, you can sit out there in five different languages on twenty different channels and tell people, ‘if you come now, we’re sending you home.’ But when people that they know come and they get released and they call back and say ‘hey we got released and this is what we did,’ all they know is they’re getting released regardless of the reason,” Cabrera told the DCNF. 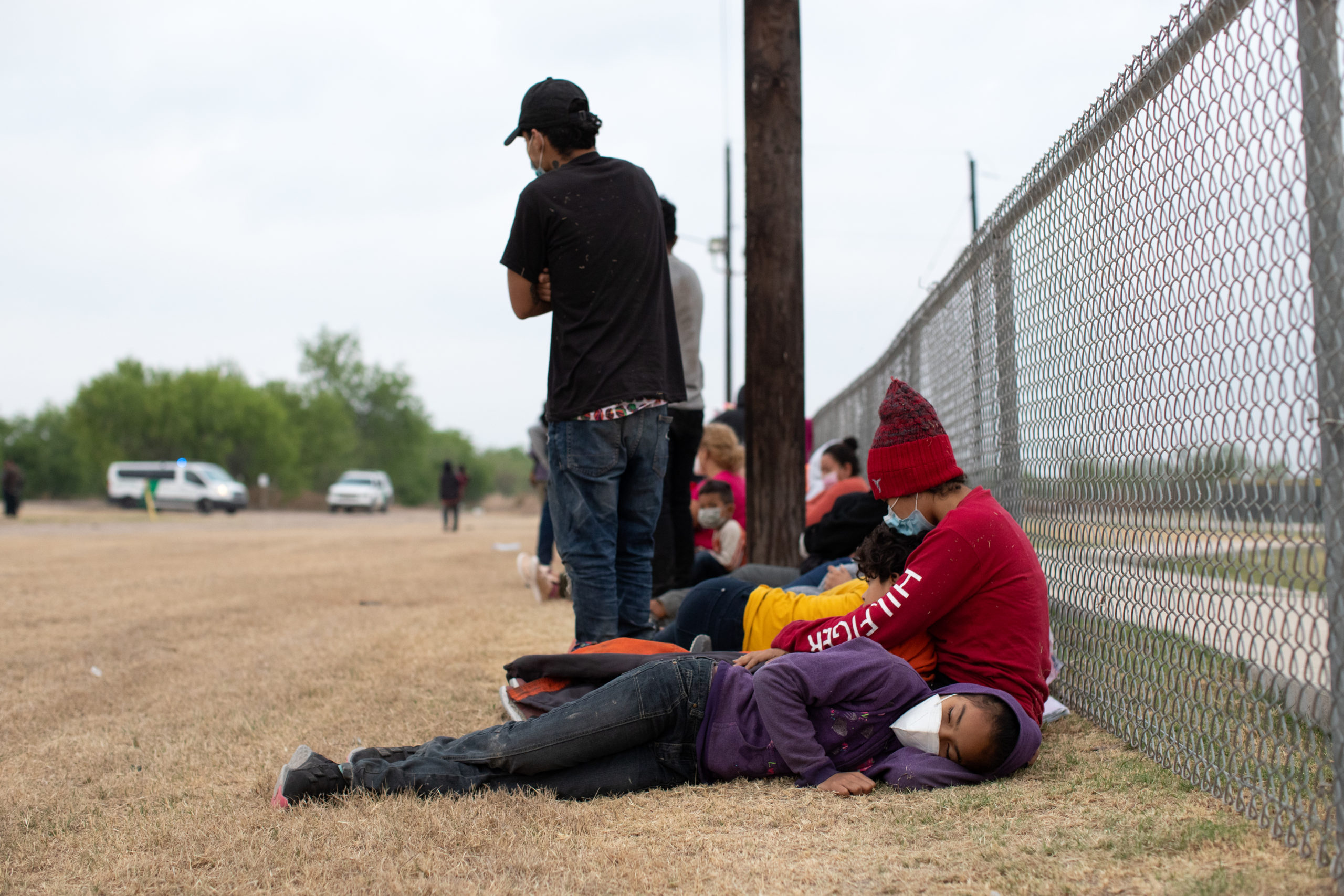 Illegal migrants wait on the side of a public road to be processed and taken to Customs and Border Protection facilities in La Joya, Texas on March 27, 2021. (Kaylee Greenlee – Daily Caller News Foundation)

Cabrera told the DCNF he’s not sure whether the Biden administration realizes there is a serious problem at the southern border so they should visit themselves and start coming up with a long-term plan to address the increase in the number of migrants arriving at the southern border. Cabrera added that advertising in Central American countries and Mexico advising people not to travel to the U.S. does not do enough to stem the flow of migration.

“I don’t know if they realize it or not but there is an issue down here, there’s a problem,” Cabrera told the DCNF while pointing out holes in a chain-link fence where large groups of illegal migrants enter the U.S. “I think they need to come down here, look at what’s going on, and come up with some plan, some rhyme or reason, not just ‘okay, don’t come now … we’re fixing it … we’re getting it ready for you.’ That’s not a plan. Hope is not a plan.”

Implementing mandatory detention and removal requirements instead of catch-and-release practices would be helpful to law enforcement officials while the Biden administration figures out a long-term plan, Cabrera told the DCNF. (RELATED: EXCLUSIVE PHOTOS: Immigrants Cross The Rio Grande By The Hundreds Every Day. A Handful Of Border Agents Are There To Meet Them) 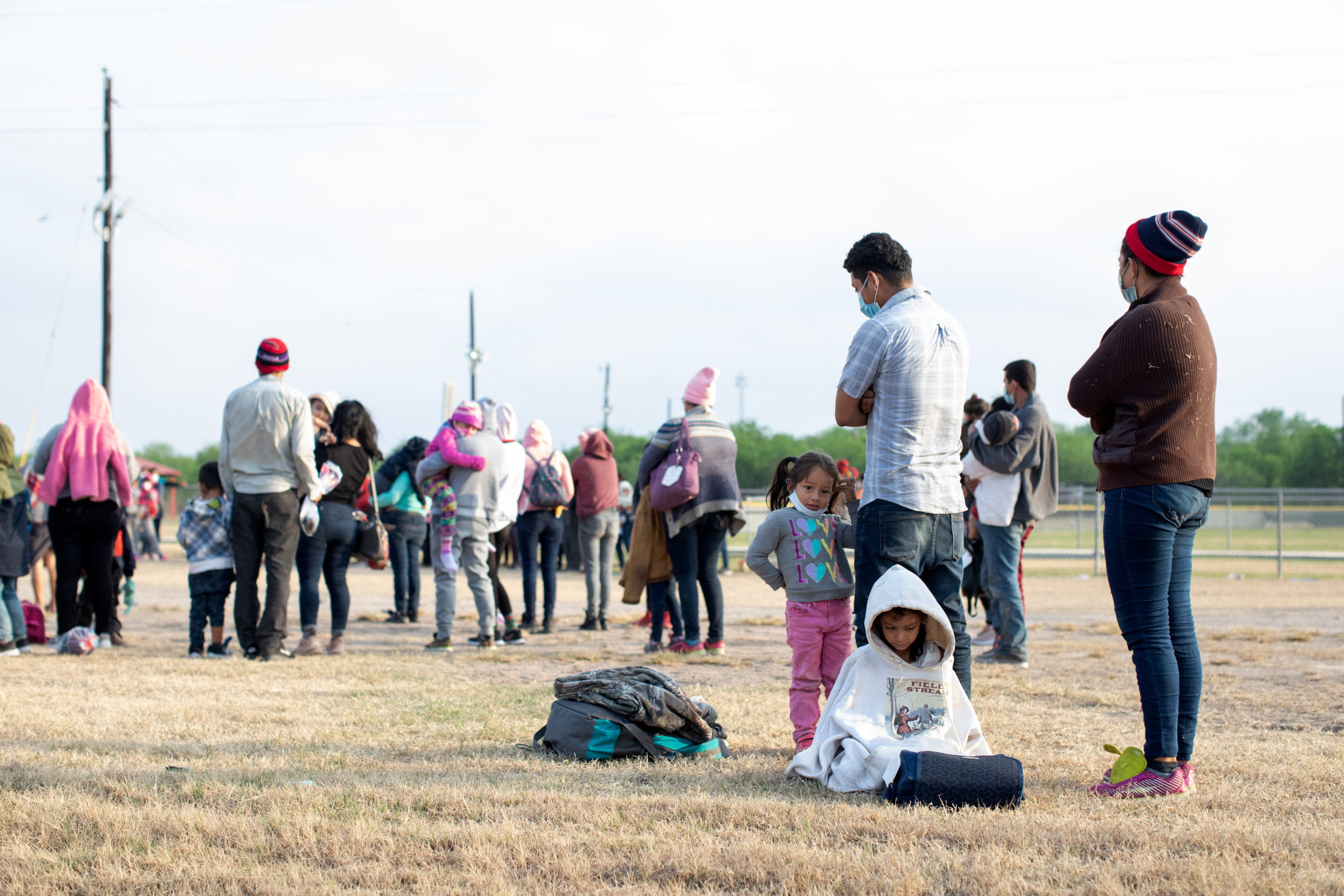 Illegal migrants wait on the side of a public road to be processed and taken to Customs and Border Protection facilities in La Joya, Texas on March 27, 2021. (Kaylee Greenlee – Daily Caller News Foundation)

“If you’re gonna remove something, you gotta have some else in place,” Cabrera told the DCNF. “If your sink is clogged up and you gotta take the pipes out the bottom, you want to have a bucket there to catch all that water. Well, we took the pipes out but we didn’t have a bucket and that’s what we’re dealing with — we’re dealing with a flood of humanity right now,” Cabrera told the DCNF.

Reinstating Title 42 and increasing the number of National Guardsmen responding to aid law enforcement at the border would help, but doesn’t do enough because the number of migrants are increasing faster than reinforcements are sent in to help, Cabrera told the DCNF. The most helpful thing the Biden administration could do would be to reinstate the Migrant Protection Protocols and negotiate with Mexico to accept more families and children, Cabrera said, though it’s unlikely the administration would be able to reach a deal after repealing the Trump-era policy.

“The other thing would be get some space for them [the migrants] because regardless of how many people are coming in and how many people we’re releasing, we still have way too many unaccompanied minors in Border Patrol custody and we’re not equipped for that,” Cabrera told the DCNF.

The Biden administration sent officials to plan how to manage migration with Mexico and to discuss the causes of mass migration from Central American countries, NBC News reported March 22. The State Department has broadcast over 17,000 radio and over 500 social media advertisements encouraging migrants to remain in their countries.

Customs and Border Protection (CBP) encountered over 100,000 migrants in February including more than 9,000 unaccompanied migrant minors, according to the agency. Nearly 5,500 migrant minors were in CBP custody including 12,551 in the custody of the Department of Health and Human Services, the department announced Friday.