Beijing finalized the electoral changes Tuesday to ensure that only “patriots” would be elected in future Hong Kong elections, Reuters reported. The shake-up, which is reportedly the most monumental overhaul to the city’s election law since 1997 when the Chinese government completely controlled the city, alters the size and makeup of Hong Kong’s legislature.

“I firmly believe that by improving the electoral system and implementing ‘patriots administering Hong Kong’, the excessive politicization in society and the internal rift that has torn Hong Kong apart can be effectively mitigated,” said Hong Kong Chief Executive Carrie Lam, a Beijing ally, in a statement Tuesday, according to Xinhua News.

The new system will expand Hong Kong’s legislature from 70 to 90 seats, but reduce the number of publicly elected positions to 20, according to Xinhua. China’s Election Committee will fill 40 of the seats, which will consist of government-appointed officials under the new law.

Candidates for the 20 publicly elected seats must additionally be approved by the state-sponsored Election Committee, according to Xinhua.

The remaining 30 seats, known as functional constituencies, will be filled by trade and industry groups that are mostly allied to Beijing, CNN reported. 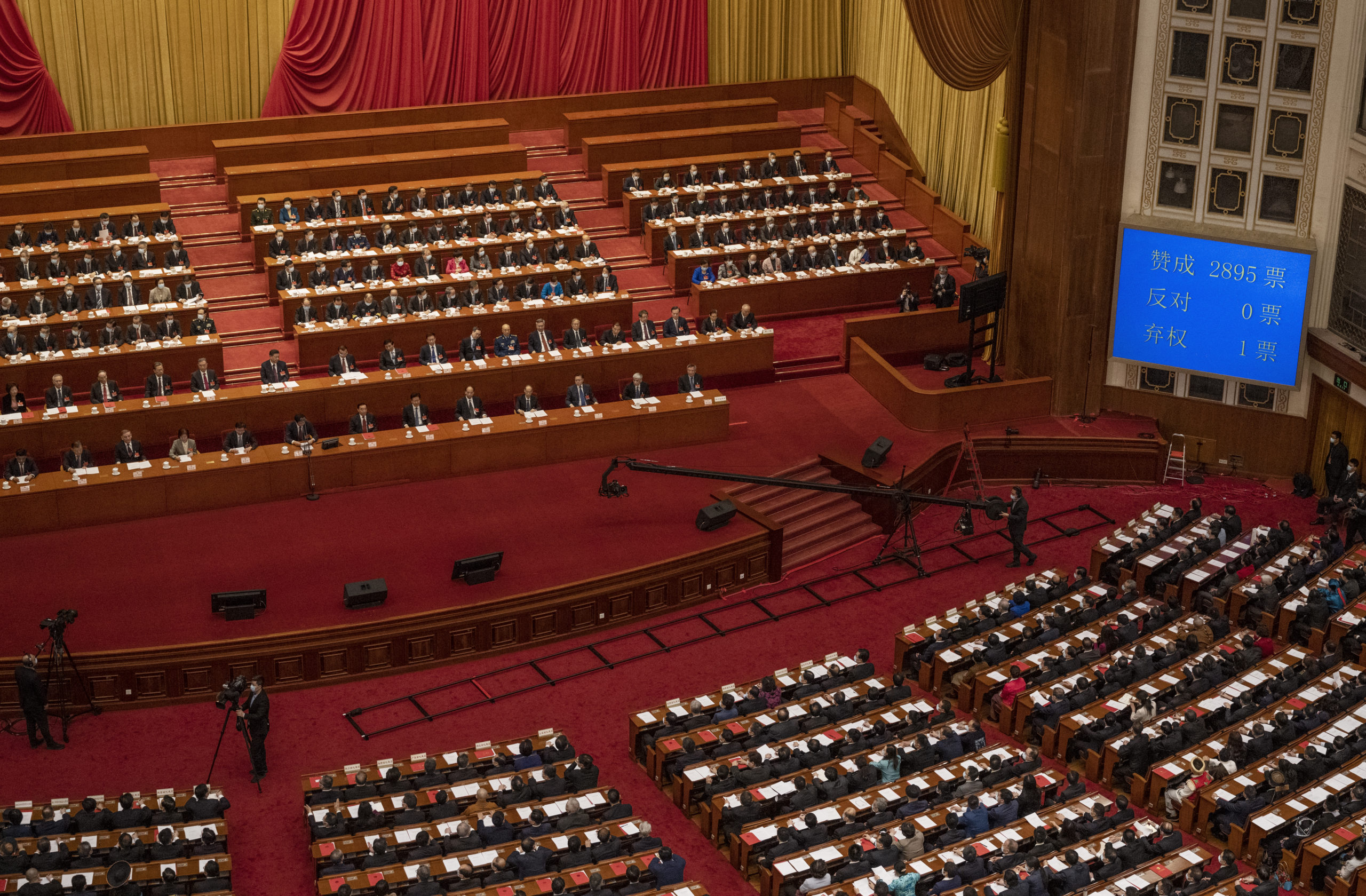 “A democratic electoral system suiting Hong Kong’s legal status and reality has taken shape as a result of the amendments,” said Li Zhanshu, chairman of the NPC Standing Committee, according to Xinhua.

Secretary of State Antony Blinken condemned the election law modifications when they were proposed earlier this month. He characterized the overhaul as an assault on democratic institutions.

“The National People’s Congress decision today to unilaterally change Hong Kong’s electoral system is a direct attack on autonomy promised to people in Hong Kong,” Blinken said in a statement on March 11.

Tensions in Hong Kong ramped up in 2019 after Beijing passed a law enabling the government to extradite the city’s citizens to mainland China, according to The New York Times. Hundreds of thousands of Hong Kong citizens participated in mass protests in response, which were some of the largest in the city’s history.

Former Secretary of State Mike Pompeo declared that Hong Kong was no longer autonomous from China in May 2020 after a fresh wave of protests. Former President Donald Trump signed a bill sanctioning Chinese officials who undermine Hong Kong citizens’ rights in July, according to NBC News.

The amended law goes into effect Wednesday, according to Xinhua.