Florida is considering a sweeping elections bill that would tighten multiple voting laws and widen what is considered to be illegal solicitation in the state.

H.B. 7041, which is advancing through Florida’s Republican state legislature along party lines, would amend the vote-by-mail process and limit who is allowed to drop off a ballot on a voter’s behalf. The legislation would also make it a crime to give voters food or water within 150 feet of polling places.

The bill would implement voter ID requirements for mail-in voting and limit who can drop off a ballot at a drop box to an immediate family member or somebody living at the same residence as the elector.

Under current law, the proposed bill outlined, voters cannot be offered any assistance within 100 feet of polling places. The bill would expand that zone, and prohibits personnel from giving “any item” or “interacting or attempting to interact” with voters in the widened 150 foot area.

The controversial addition mirrors a similar bill signed into law in Georgia on Thursday. That bill modified the state’s early voting period, overhauled its election laws and made it a misdemeanor crime to offer food or water to voters waiting in line.

The Florida and Georgia bills are two examples of multiple overhaul bills that have appeared in state legislatures across the country. Republicans have argued that the changes are necessary to improve voter confidence, but they follow months of former President Donald Trump falsely claiming the election was “stolen” and “rigged” even as members of his own administration reaffirmed that it was not. (RELATED: Trump Applauds Georgia Voting Restrictions) 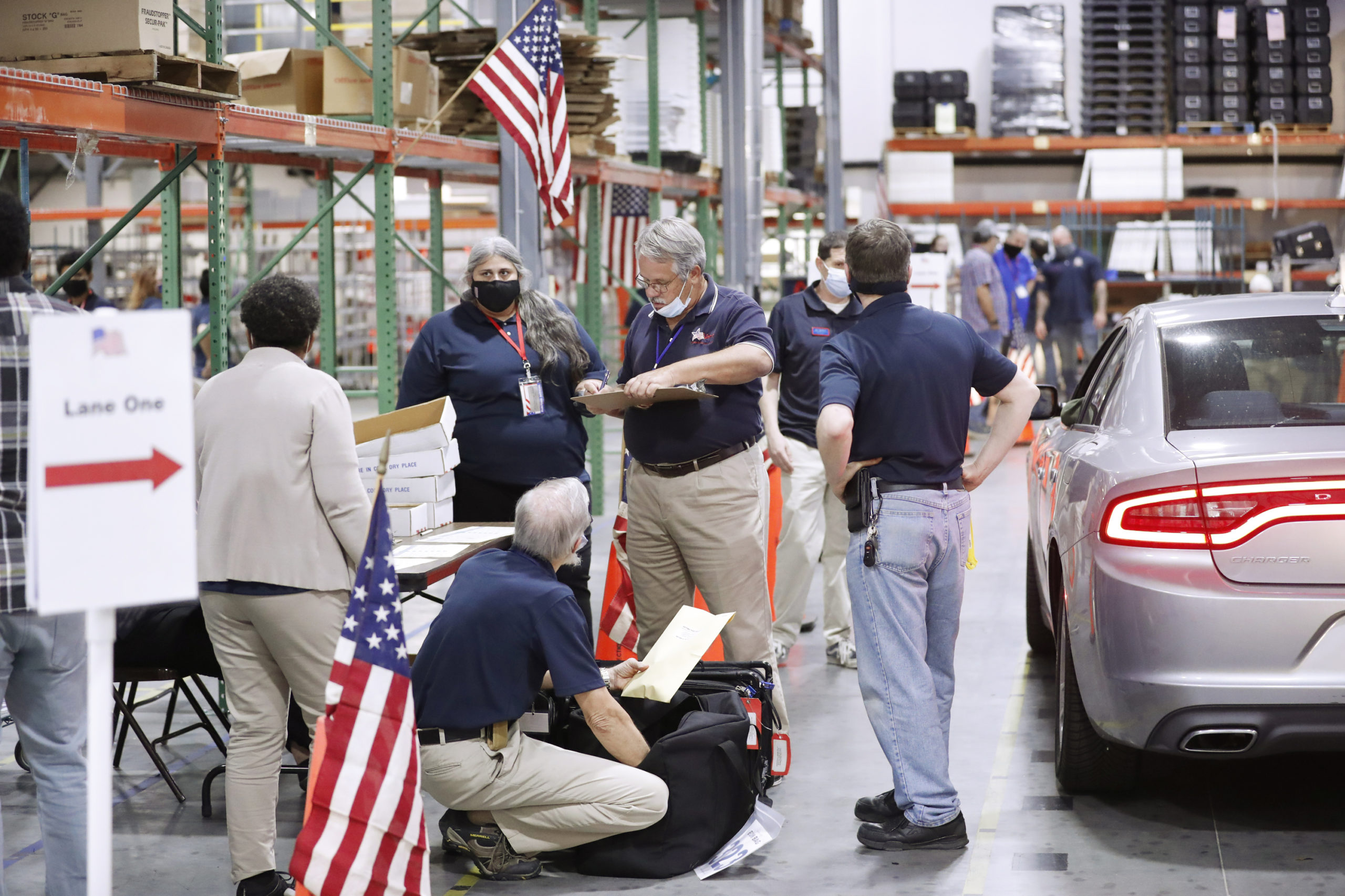 But unlike Georgia, Trump won Florida after improving on his 2016 margin. Despite his victory, Republicans across the state have urged the legislature to pass overhaul bills aimed at restricting mail-in voting and drop box access in order to improve voter confidence.

“The result of 2020 … was that Florida had the most transparent and efficient election anywhere in the country,” said Florida Republican Gov. Ron DeSantis in a February speech calling for new restrictions on mail-in voting. “But we also can’t rest on our laurels. We need to continue to stay ahead of the curve, we need to make sure that our citizens have confidence in our elections.” (RELATED: ‘This Is Jim Crow In The 21st Century’: Biden Releases Statement On Georgia Election Bill)

The multiple state bills are a sharp contrast to H.R. 1, the expansive voting reform legislation passed by the Democratic-led House of Representatives. The bill is aimed at countering what its advocates say are attacks on voting rights nationwide, and it would almost completely federalize the election process, outlaw partisan gerrymandering, legalize ballot harvesting and expand mail-in voting.