A former Honduran police officer, who has ties to the president of Honduras’ brother, was sentenced Monday for planning to import cocaine into the U.S., according to a district court press release.

Juan Manuel Avila Meza, 50, collaborated with the now-defunct drug trafficking group known as the Cachiros from 2004 to 2014, and arranged a meeting between the now-Honduran president’s brother, Juan Antonio Hernández Alvarado and a leader of the criminal organization, according to a press release from the United States Attorney for the Southern District of New York. The group utilized ties to Honduran politicians, law enforcement and the military to ship cocaine throughout and outside of Honduras. (RELATED: Wife Of Cartel Kingpin ‘El Chapo’ Arrested For Alleged Role In Husband’s Drug Trafficking)

Avila Meza pleaded guilty before U.S. District Judge Lorna G. Schofield, who sentenced him to 12 years in prison with a supervised release of four years, the press release said. Hernández Alvarado was also sentenced to life in prison on Tuesday by a Manhattan federal court after pleading guilty to drug conspiracy charges in 2019, ABC News reported.

Avila Meza aided in organizing a February 2014 meeting between a Cachiros leader and Hernández Alvarado, the press release said. The meeting concerned money laundering exchanges with Honduras’ government and a Cachiros front company.

At one point the former officer also worked as an attorney while smuggling drugs, laundering money, and collecting debts on behalf of the Cachiros, the press release said. As early as 2004 Avila Meza began providing sensitive law enforcement information to the Cachiros to aid in the transportation of cocaine. 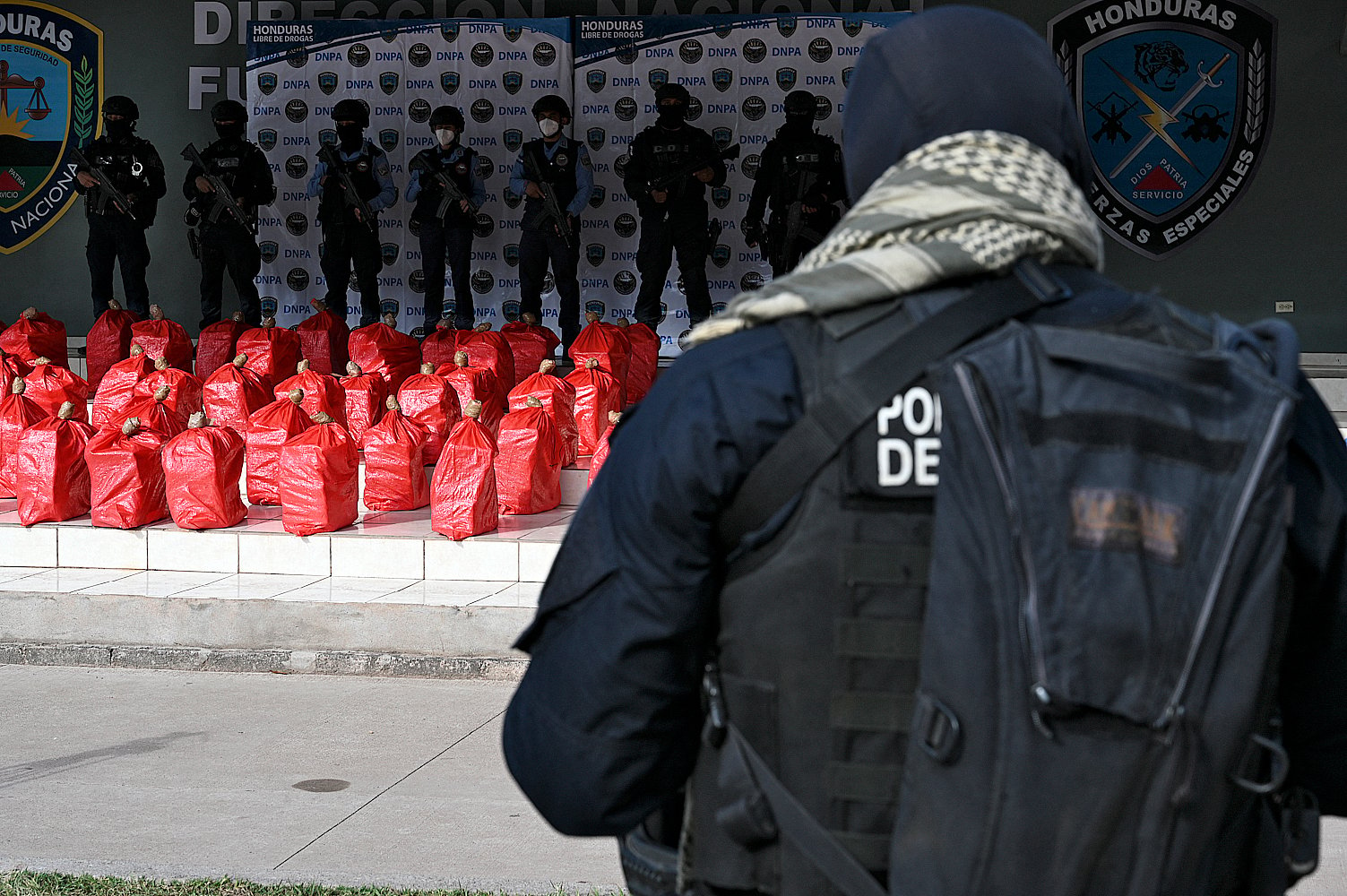 Members of the Anti-Drug National Police Directorate (DNPA) stand guard next to two tons of seized drug in Tegucigalpa on March 20, 2021. (Photo by Orlando SIERRA / AFP) (Photo by ORLANDO SIERRA/AFP via Getty Images)

Federal prosecutors in a New York court accused Honduras’ president on March 9 of scheming to smuggle cocaine into the U.S, and has also been the subject of a DEA investigation since 2013.

The U.S. Southern District of New York didn’t immediately respond to a request for comment from the Daily Caller News Foundation.