A new poll found that a majority of Americans want the United States government to purchase products made in America, even if they come at a higher price than international products.

Sixty-three percent of Americans would like government agencies to buy American-made products in general, according to a Reuters-Ipsos poll released Tuesday.

Sixty-two percent of respondents reported they believe the government should strictly buy domestically made vaccines, but only 41% said it is not alright for the U.S. to buy other protective equipment, such as masks, from foreign countries.

Although a majority of respondents favored the government buying products made in America regardless of price, their tune changed when asked about which products they themselves should purchase.

The poll found that 69% of Americans consider it important to have products made in the U.S.A., and 37% reported they would actually pay extra for those products compared to those made abroad. Twenty-six percent of respondents said that they would pay more, but only by a 5% increase, and 21% said they would not be willing to go higher than 10%. 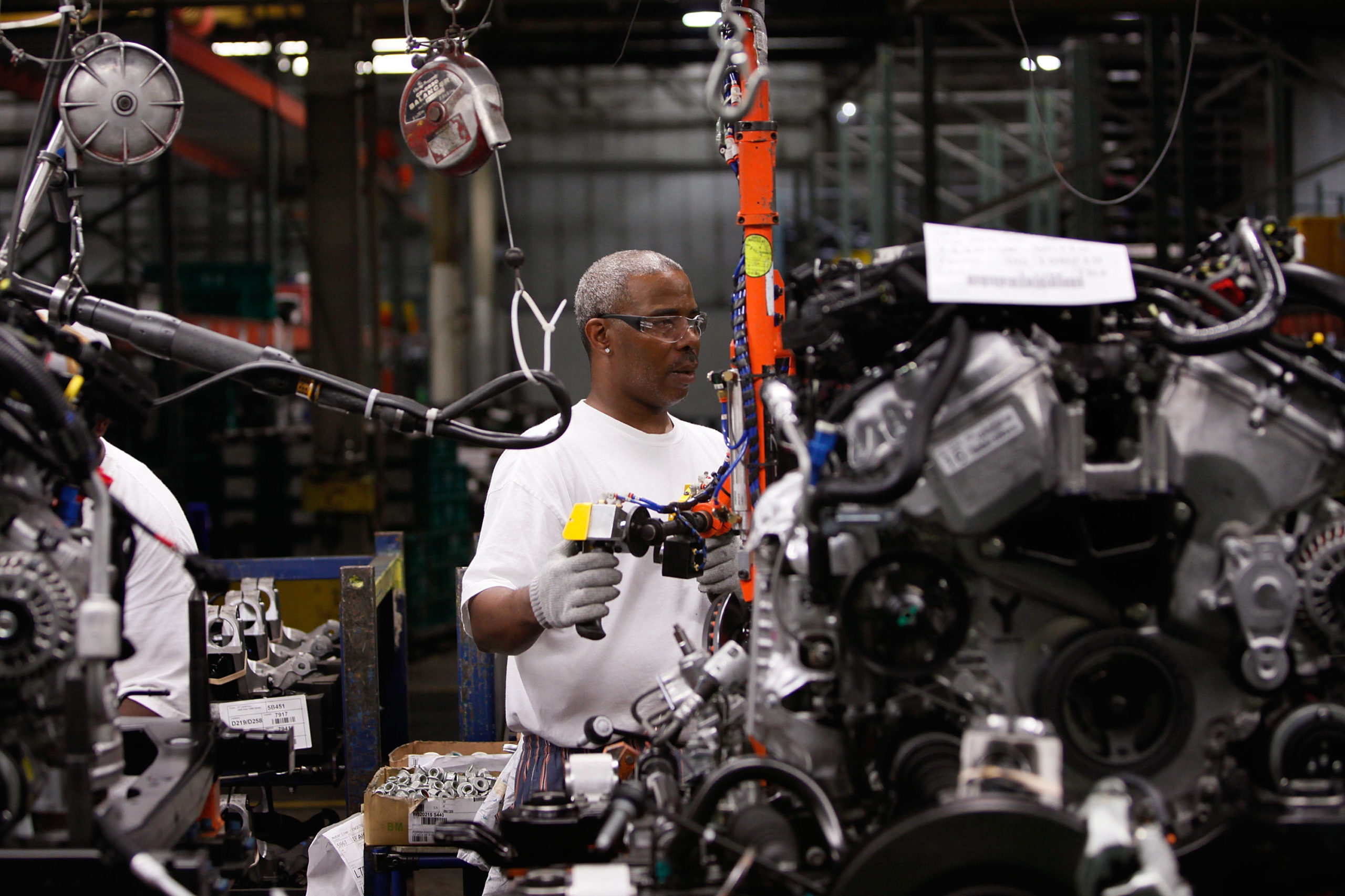 CHICAGO – AUGUST 4: A worker builds engines on the assembly line at Ford’s Chicago Assembly plant August 4, 2009 in Chicago, Illinois. Ford, which reported a U.S. sales increase for July, the first in almost two years, builds the redesigned 2010 Taurus and the Lincoln MKS on the line. (Photo by Scott Olson/Getty Images)

The U.S. government is the world’s biggest single buyer of goods, and about one-third of those goods are made in America, according to Reuters.

President Joe Biden signed an executive order in his first week in office encouraging the federal government to buy more American-made products. “This is a critical piece of building our economy back better,” Biden remarked during the signing, adding that he did not “buy for one second that the vitality of American manufacturing is a thing of the past.” (RELATED: REPORT: US Manufacturing Activity Soars To Highest Level Since 2018)

Nearly one-third of U.S. manufacturing jobs have been lost since The North Atlantic Free Trade Agreement went into effect in 1994, according to The Bureau of Labor Statistics.