Republican Florida Rep. Matt Gaetz is reportedly considering leaving office to work at Newsmax, according to a report from Axios.

Axios cited “three sources with direct knowledge of the talks” in its Tuesday report and noted that one source said Gaetz has already spoken with Newsmax about a potential position. Gaetz, 38, also reportedly told people that “he’s interested in becoming a media personality,” according to Axios.

The move would be a detour from Gaetz’s original potential plans, as he previously debated running for an Alabama Senate seat, The Hill reported back in 2019. Gaetz was elected to Congress in 2016 and switching over to a media position could provide the lawmaker with a new platform for his future goals, Axios noted.

“While the party out of power tends to gain seats in midterm elections — creating the possibility of Republicans’ taking control of the House in 2022 — a prominent spot in the media could give Gaetz a platform for a future national political role,” Axios wrote. 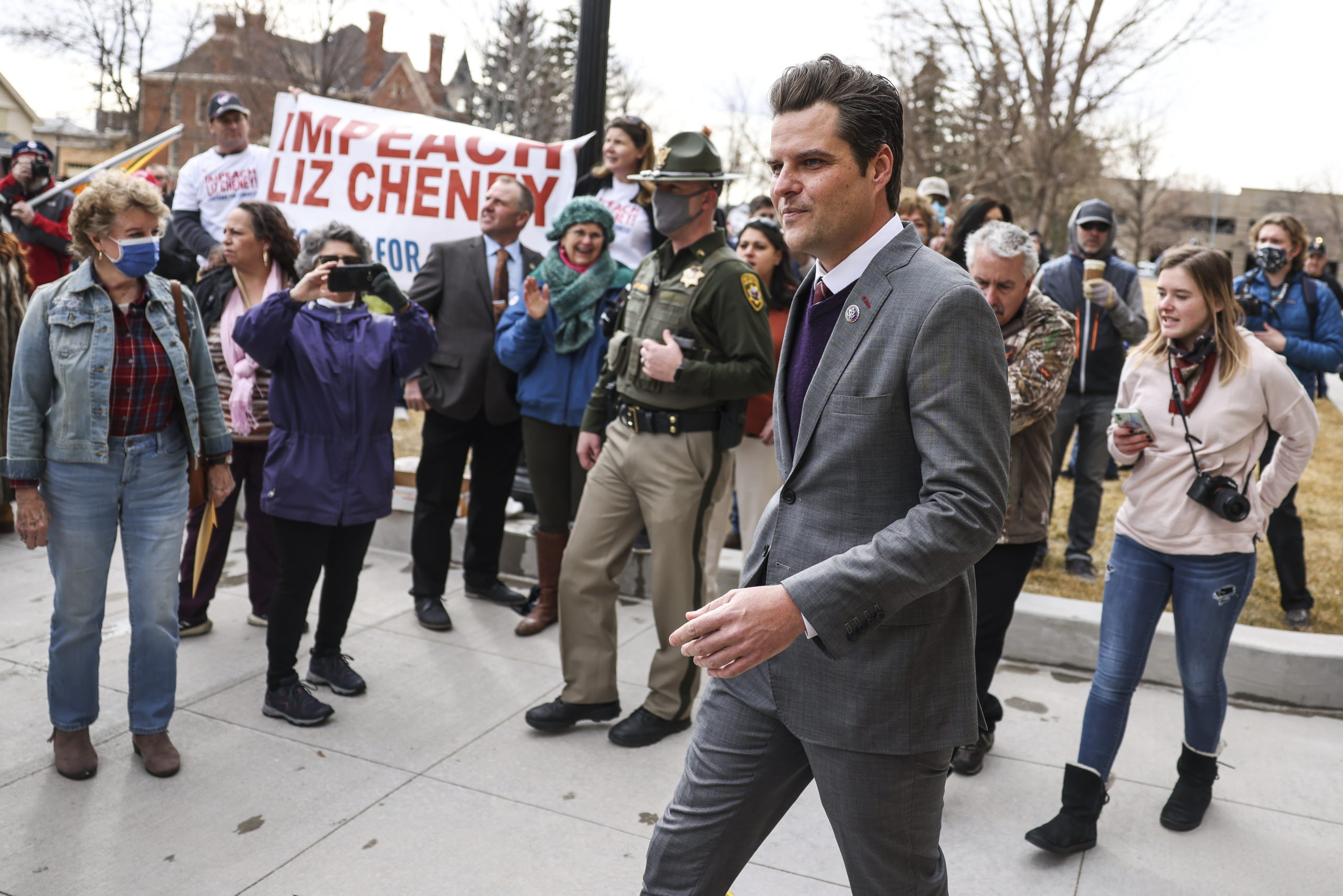 Rep. Matt Gaetz (R-FL) walks up to speak to a crowd during a rally against Rep. Liz Cheney (R-WY) on January 28, 2021 in Cheyenne, Wyoming. (Michael Ciaglo/Getty Images)

Newsmax gained popularity during the 2020 election after Fox News called Arizona for President Joe Biden. The network was forced to issue notes on all of its shows towards the end of December 2020 to “clarify” its coverage of Smartmatic and Dominion Voting Systems – two voting machine companies that were at the center of unfounded claims regarding the election being rigged. (RELATED: Dominion Lawyer Says Company Still Considering Suing Trump, Other Media Outlets Over Election Fraud Claims)

Gaetz was one of many Republican lawmakers who voted not to certify the election results on Jan. 6, The New York Times previously reported.

Gaetz’s office did not immediately respond to a request for comment from the Daily Caller.