Community members and students helped thwart 67 school attacks plotted by students or former students over a 12-year period, a report by the U.S. Secret Service found.

The study found that between 2006 and 2018, at least 100 individuals planned attacks at schools, and adults or friends and classmates detected most of the plots, contributing to the prevention of an attack, the March 2021 report said.

Nearly all of the targeted schools included in the study were public, except for one, and were located in 33 states. The study identified plots through open sources, such as news articles and government reports. (RELATED: Companies Are Now Selling Bulletproof Backpacks For Kids) 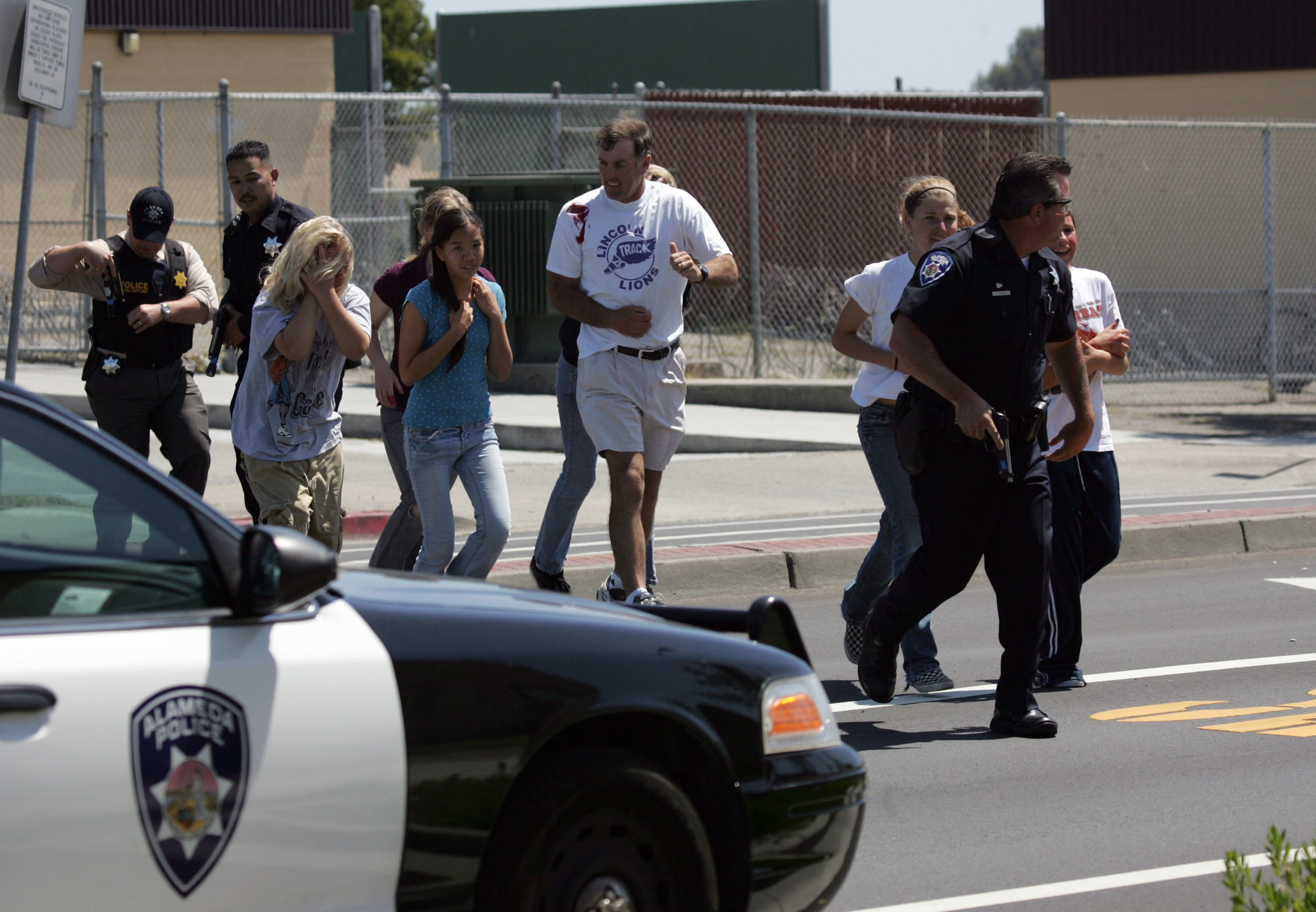 Behaviors also included the discovery of missing weapons from home. In one case, police were investigating vehicular burglaries when a father told the officer that his guns were missing and he suspected his son.

In 41 of the 67 cases (61%), the plotter’s friends, classmates, or peers observed the behavior or communication firsthand, and in 22 of the 41 cases, they reported the information to a school official, teach, parent, or law enforcement.

“These findings emphasize the importance of schools establishing and maintaining a safe school climate where students are empowered to speak up if they see a friend or classmate in distress,” the report said.

One of the cases involved a high school student who told their school’s assistant principal that his friends told him they were plotting to kill people they didn’t like and then die via suicide-by-cop, according to the report.

In 12% of cases, a parent or grandparent reported the behavior. In one case, the parents of an 18-year-old male student called police after they noticed their son would be “quick to escalate and exhibit anger and aggression” and threatened to shoot them. After trying to have him evaluated at a mental health hospital, the parents intercepted a 20-pound package of ammonium nitrate addressed to him, and later also found a recording detailing the son’s plans to attack his school, the report said.

In 7% of cases, other members of the community, such as the parent of a peer, observed the plotter’s communications and reported the plotter to law enforcement.

“The speed with which concerning behaviors were reported may be the key as to why the attacks were successfully averted,” the report said.

Nearly all plotters (96%) who planned to attack a school intended to use firearms, while roughly half (51%) planned to use explosives. Other weapons included incendiary devices (18%) and bladed weapons (12%).

In 12 cases, plotters chose anniversaries of previous mass-casualty attacks that the media heavily covered, such as the anniversary of the 1999 Columbine attack or the September 11 terror attack. One individual was planning an attack in April because the month marked several high-profile tragedies, including Columbine, the Oklahoma City Bombing in 1995, and the Boston Marathon Bombing in 2013. 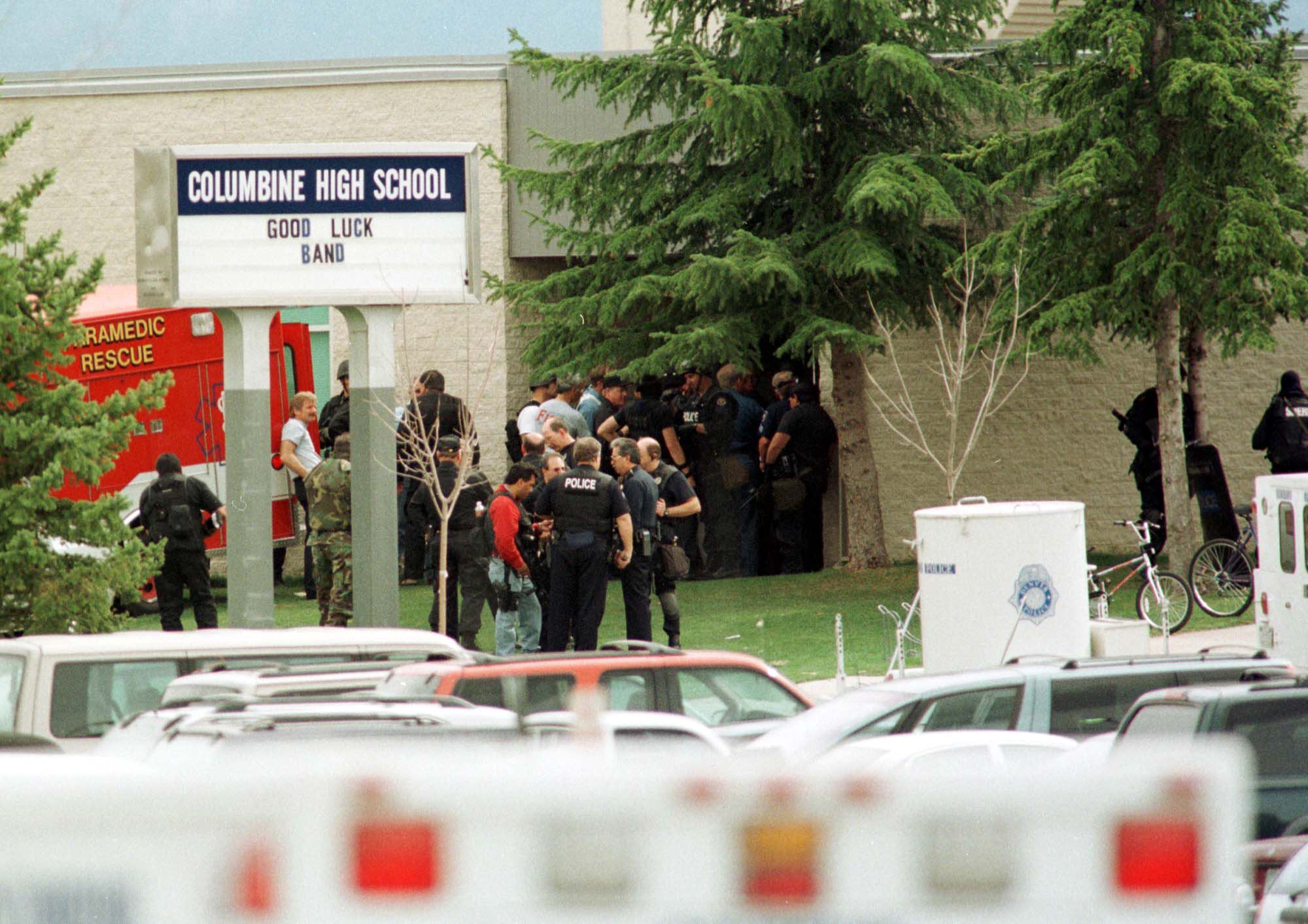 Police stand outside the east entrance of Columbine High shool as bomb squads and SWAT teams secure students 20 April 1999 in Littleton, Colorado, after two masked teens on a “suicide mission” stormed the school and blasted fellow students with guns and explosives before turning the weapons on themselves. (Photo by MARK LEFFINGWELL/AFP via Getty Images)

A majority of the plotters (63%) showed emotional or psychological symptoms leading up to the discovery of their plot, including depression, anger, suicidal ideation, and homicidal thoughts. Just under half of plotters with psychological symptoms had suicidal ideation, and several plotters expressed their plans to die by suicide at the end of their attack. More than one-third had a history of substance abuse, mostly using alcohol and marijuana.