Democratic New York Rep. Alexandria Ocasio-Cortez said during an Instagram live post that she has been talking about the U.S.-Mexico border differently under President Joe Biden because “it’s not a crisis.”

One person asked the congresswoman why she was not addressing issues at border as she used to, likely referring to her outspokenness under the administration of President Donald Trump.

“Why are you not addressing the border crisis and the kids in cages like you used to?” the Instagram user asked. 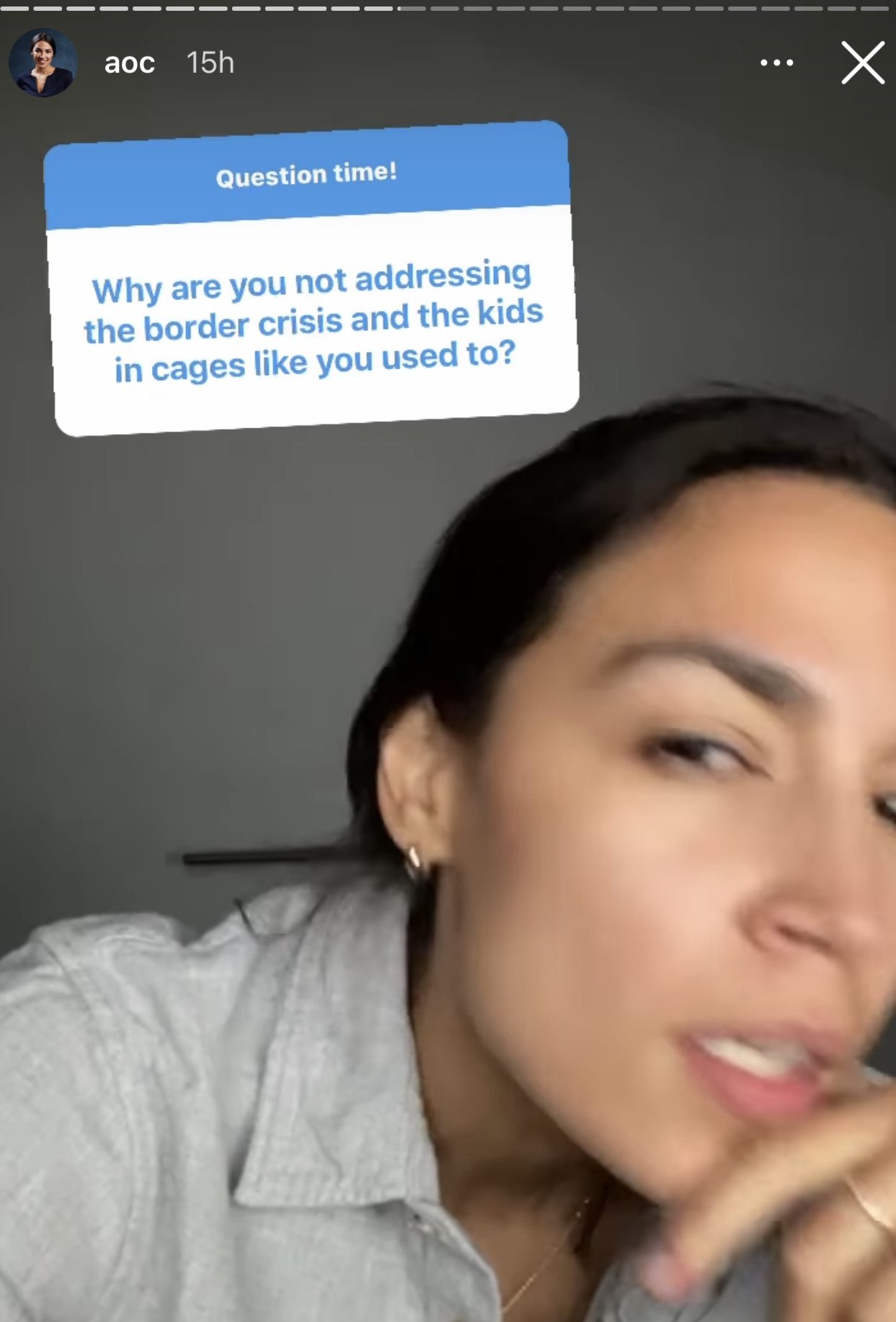 “Are you for real?” Ocasio-Cortez responded. She said that the national conversation about immigration “is driven by people who could not care less about immigrants.”

AOC says on Instagram live that the U.S. has “disproportionately contributed” to climate change which is causing natural disasters in other countries forcing mass migration to our country pic.twitter.com/lKPVA08MuZ

The congresswoman said that she has been discussing the situation at the border but people don’t like the way she is talking about it “because it’s not a border crisis.” (RELATED: ‘The Crisis Is As Bad As They Are Saying’: Daily Caller Reporter Jorge Ventura Says He Saw Over 300 Migrants Apprehended At The Border)

“And it’s also a carceral crisis because as I have already said even during this term and this president, our immigration system is based and designed on our carceral system.”

In terms of solutions, Ocasio-Cortez says that they need to focus on foreign policy because interventionist history and decades of destabilizing regions are what drives people to immigrate. Another one of those driving factors is climate change, she said.

She added that the U.S. forced people to immigrate here by “disproportionately” contributing to the climate crisis. She also told listeners to not use the term “surge.”

“Anyone who’s using the term surge around you consciously is trying to invoke a militaristic frame and that’s a problem,” she said. “Because this is not a surge, these are children and they are not insurgents and we are not being invaded, which by the way is a white supremacist idea.”

Ocasio-Cortez says that everyone wants to talk about the conditions at the border rather than how we got to those conditions in the first place.

She was also asked about an Arkansas bill that was signed Thursday by Republican Arkansas Gov. Asa Hutchinson banning biological men from participating in women’s sports. Ocasio-Cortez said that there’s a “national attack on trans rights” in addition to an attack on voter rights. (RELATED: ‘Fair Competition’: Tennessee Governor Signs Bill Requiring Student Athletes Compete Based On Biological Sex)

She said that “bigoted laws” require misinformation about the people the laws are “oppressing,” and that the recent law preventing biological males from playing girls’ sports is rooted in “ignorance.”