President Joe Biden is set to introduce a sweeping infrastructure package Wednesday in Pittsburgh, Pennsylvania, which senior administration officials say will cost upwards of $2 trillion and is primarily fueled by re-raising the corporate tax rate set in the Trump administration’s 2017 tax cuts.

Biden’s package, called the “American Jobs Plan,” centers around setting a new corporate tax rate at 28%, a compromise between the 21 percent set by 2017’s Tax Cuts and Jobs Act and the previous rate of 35 percent, a senior official told the press ahead of Biden’s Wednesday speech. (RELATED: Biden Administration Reportedly Crafting First Major Tax Hike Since 1993) 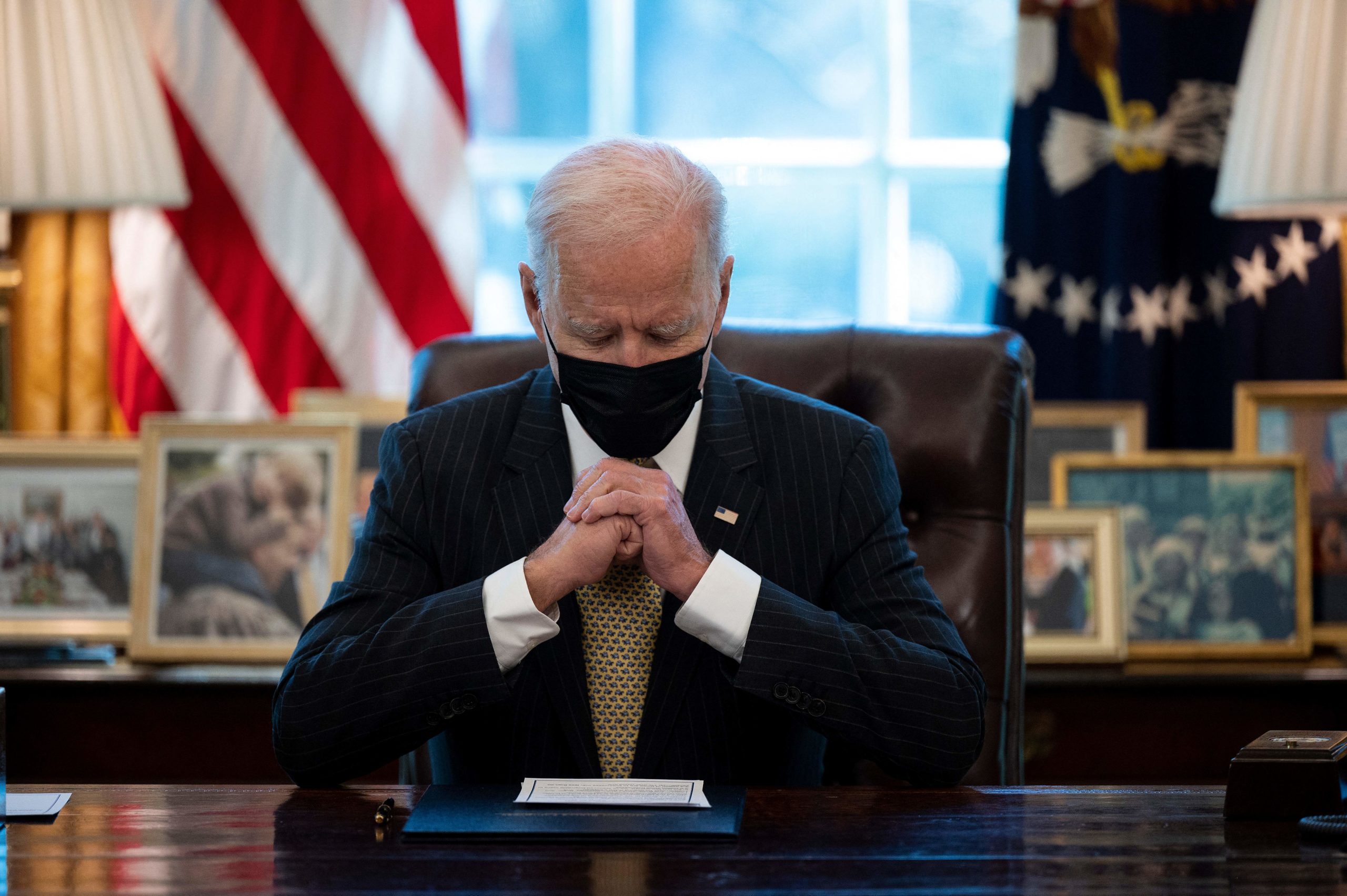 US President Joe Biden prepares to sign the Paycheck Protection Program (PPP) Extension Act of 2021 into law at the White House in Washington, DC, on March 30, 2021. (Photo by JIM WATSON/AFP via Getty Images)

The New York Times reported that the rates are expected to last for 15 years and will cover eight years worth of construction and growth.

The administration official noted that the United States must make rapid improvements to each of the aforementioned areas to compete with China, which has already invested heavily in the space.

The plan Biden will unveil Wednesday focuses primarily on infrastructure and changes to the corporate tax rate, the official added, suggesting that any adjustments to the individual and family tax rates will be included in a followup package set to be introduced in May.

That plan is expected to include numerous human investments favored by progressive members of the Democratic party, including paid family leave, enhanced child care provisions, and improvements to unemployment relief.

Still, Republican lawmakers — and even some moderate Democrats — have expressed concern about launching such a massive spending package so soon after approving Biden’s coronavirus stimulus package, the $1.9 trillion American Rescue Plan. 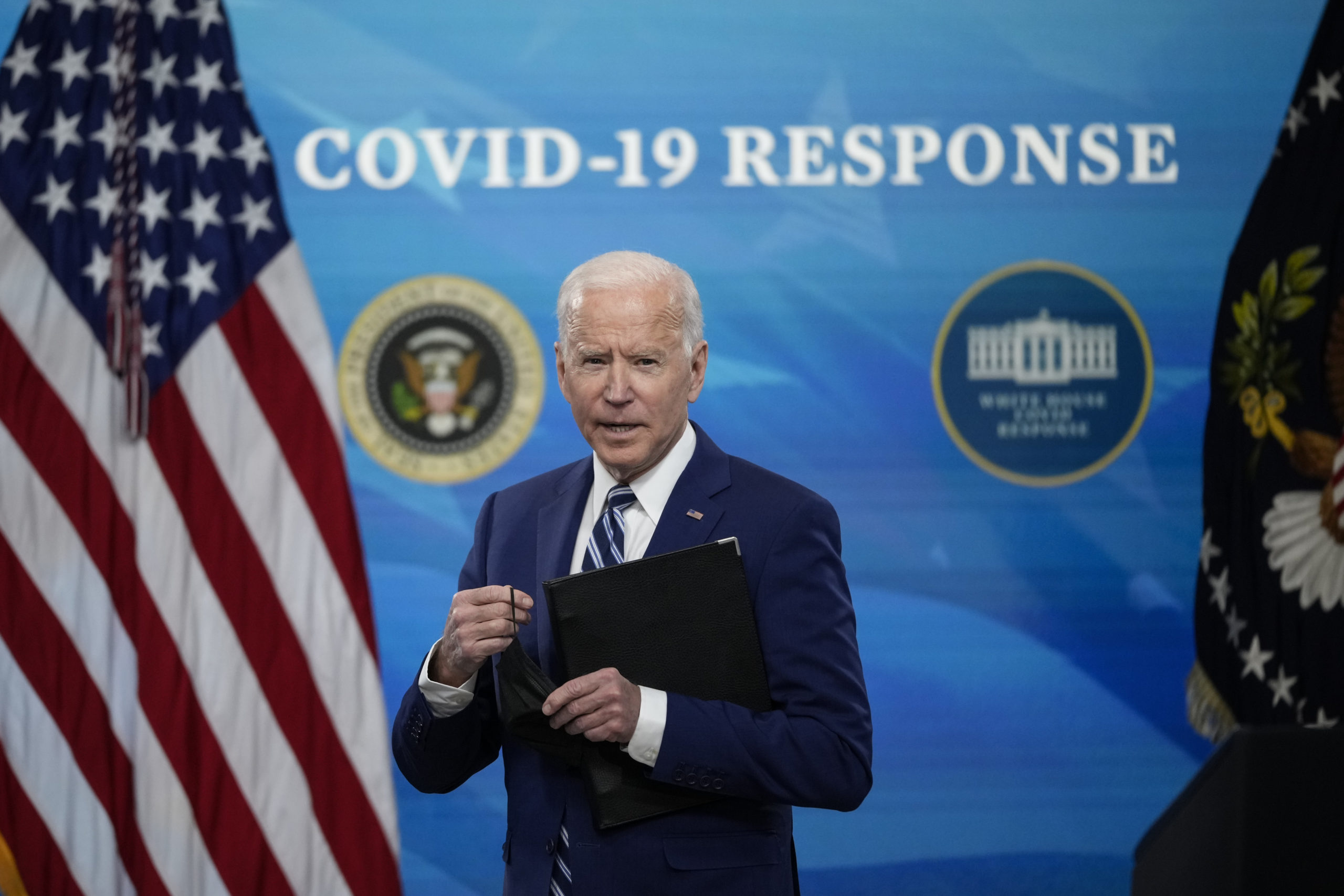 WASHINGTON, DC – MARCH 29: U.S. President Joe Biden responds to a question after delivering remarks on the COVID-19 response and the state of vaccinations in the South Court Auditorium at the White House complex on March 29, 2021 in Washington, DC. President Biden announced Monday that 90% of Americans will have a vaccination site within five miles of their homes by April 19. (Photo by Drew Angerer/Getty Images)

Given the potential lack of support from Republicans, a senior administration official suggested that Biden and Democratic leadership could pass the plan through reconciliation but would still seek to “solicit input” from the opposition party.

“Elements of this investment package are places where we have seen a lot of enthusiasm in the past to make progress,” the official told reporters. “They’re issues that are — that have broad support among the American people, and there has been a lot of eagerness to move in Congress on them as well.”

“We thought it’s an important initiative to start the process with the President being very clear that he’s got a plan and that he’s open to hearing what others think, the official continued. “But what he is uncompromising about is the urgency of the moment and the need to really deliver for the American people and make good on building back better in this moment.”