Federal officers sprayed chemical agents and fired pepper balls at inmates participating in a peaceful protest at an immigration detention facility in April 2020, according to a Department of Homeland Security Inspector General report.

Officials violated Immigration and Customs Enforcement standards and endangered the health, safety and rights of detainees at the La Palma Correctional Center in Eloy, Arizona, according to a Department of Homeland Security Inspector General memorandum. Officials deployed chemical agents against detainees peacefully protesting the facility’s response to the COVID-19 pandemic and lack of enforcement of safety protocols to slow the spread of the virus on April 11 and 13.

The detainees said they were peacefully protesting against the facility not providing adequate equipment including face masks to prevent spreading COVID-19, according to the memorandum. Photographs show officials spraying detainees participating in a seated protest. Over 180 detainees signed a letter reporting the use of pepper spray, pepper balls, use of chemical agents and segregation of detainees, according to the report.

“A detainee told us he suffered injuries from pepper balls fired by facility staff, but felt too intimidated to file a report about the incident through proper channels,” the Inspector General’s office wrote in the memorandum. 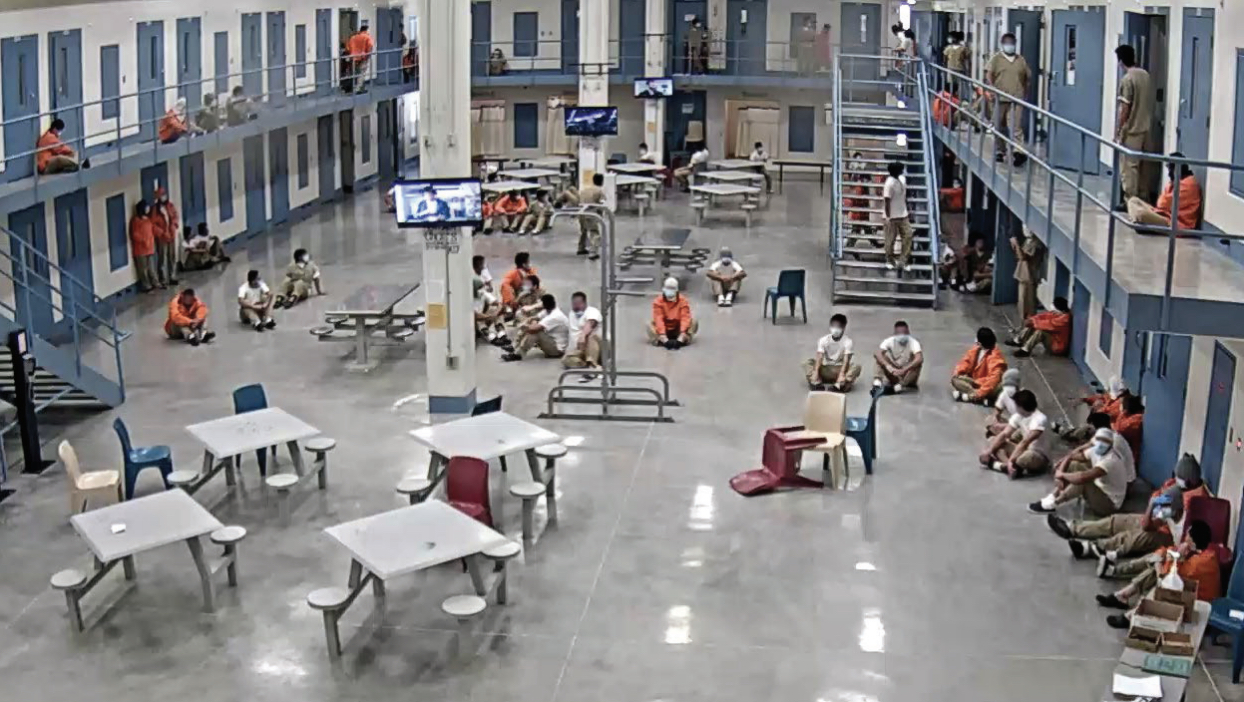 Six grievances were filed against the facility after the response to the peaceful protests, the Inspector General found. The facility denied or rejected all the grievances citing policies allowing the use of non-lethal force to quell the demonstrations.

Detainees filed 1,283 grievances, including 487 detailing mistreatment and 27 instances of excessive use of force including 11 incidents where facility officials deployed chemical agents against a detainee from August through November 2020, according to the memorandum.

In separate incidents, officials used profane and abusive language directed at detainees, cursed and yelled at detainees while they were cleaning units, and failed to wear gloves while in the units, the Inspector General found. (RELATED: US Citizen Nearly Deported After Alleging Malpractice In ICE Detention Center, Lawyer Says)

“In response to another grievance, facility officials found a different officer cursed at a detainee, called him a racial slur, threatened him with pepper spray, and hung up his telephone call with family,” according to the memorandum.

Officials did not enforce the use of face coverings or social distancing which could have contributed to an outbreak at the facility in August 2020, according to the memorandum. Over 200 detainees tested positive for COVID-19 on Aug. 19 and only those exhibiting symptoms were tested.

It took an average of three days for the understaffed medical unit to respond to detainees who reported illness and records were not consistently maintained, the Inspector General found.