A World Health Organization-led team released a report Tuesday on the origins of the coronavirus pandemic, but critics responded to its findings with skepticism.

Chinese authorities silenced scientists, resisted and delayed an investigation, and deleted and denied access to data. Much of the research for the report was gathered by Chinese scientists, then presented to the WHO team.

The WHO asked the U.S. to recommend experts for the team issuing the report, but it did not contact the three that the U.S. selected, and U.S. officials are unsure how team members were chosen, according to the Wall Street Journal. China has not made of its own participants public, according to the Journal.

Chinese authorities monitored meetings between the WHO-led team and scientists at a Wuhan Institute of Virology lab, Peter Daszak, the U.S. member of the team, told “60 Minutes.” The lab is considered one of the possible origins of COVID-19.

A database on virus samples from that lab was removed from public view, according to NBC News.

Then China edited and approved the WHO team’s report before its release, The Wall Street Journal reported.

WHO’s director-general, the White House, the U.S. State Department and 13 other countries were among those expressing concern that the WHO team’s report was compromised.

The WHO team spent four weeks in January investigating in Wuhan – a year after the Chinese city had the first known cases of COVID-19. Discovering the virus’s origin will help address the current pandemic and reduce the risks of a future one.

WHO chief Tedros Adhanom Ghebreyesus said in a briefing Tuesday that to understand the earliest cases of COVID-19, “scientists would benefit from full access to data including biological samples from at least September 2019.” The raw data could help determine when the coronavirus began to spread.

“In my discussions with the team, they expressed the difficulties they encountered in accessing raw data,” he said. “I expect future collaborative studies to include more timely and comprehensive data sharing.”

Member states usually provide such raw data as part of WHO investigations, team members told the Wall Street Journal. In addition to denying and delaying access, the report was not published until Chinese counterparts had reviewed and changed it, the team members said.

The report also contradicts claims made by the U.S. government, saying that the three laboratories in Wuhan researching coronaviruses “were well-managed, with a staff health monitoring programme with no reporting of COVID-19 compatible respiratory illnesses during the weeks/months prior to December 2019.”

In contrast, U.S. State Department warned about safety issues at the lab in 2018, The Washington Post found. “The U.S. government has reason to believe that several researchers inside the WIV became sick in autumn 2019, before the first identified case of the outbreak, with symptoms consistent with both COVID-19 and common seasonal illnesses,” the State Department also stated in January.

The report does not address U.S. government claims that the Wuhan Institute of Virology has collaborated with the Chinese military on classified research. 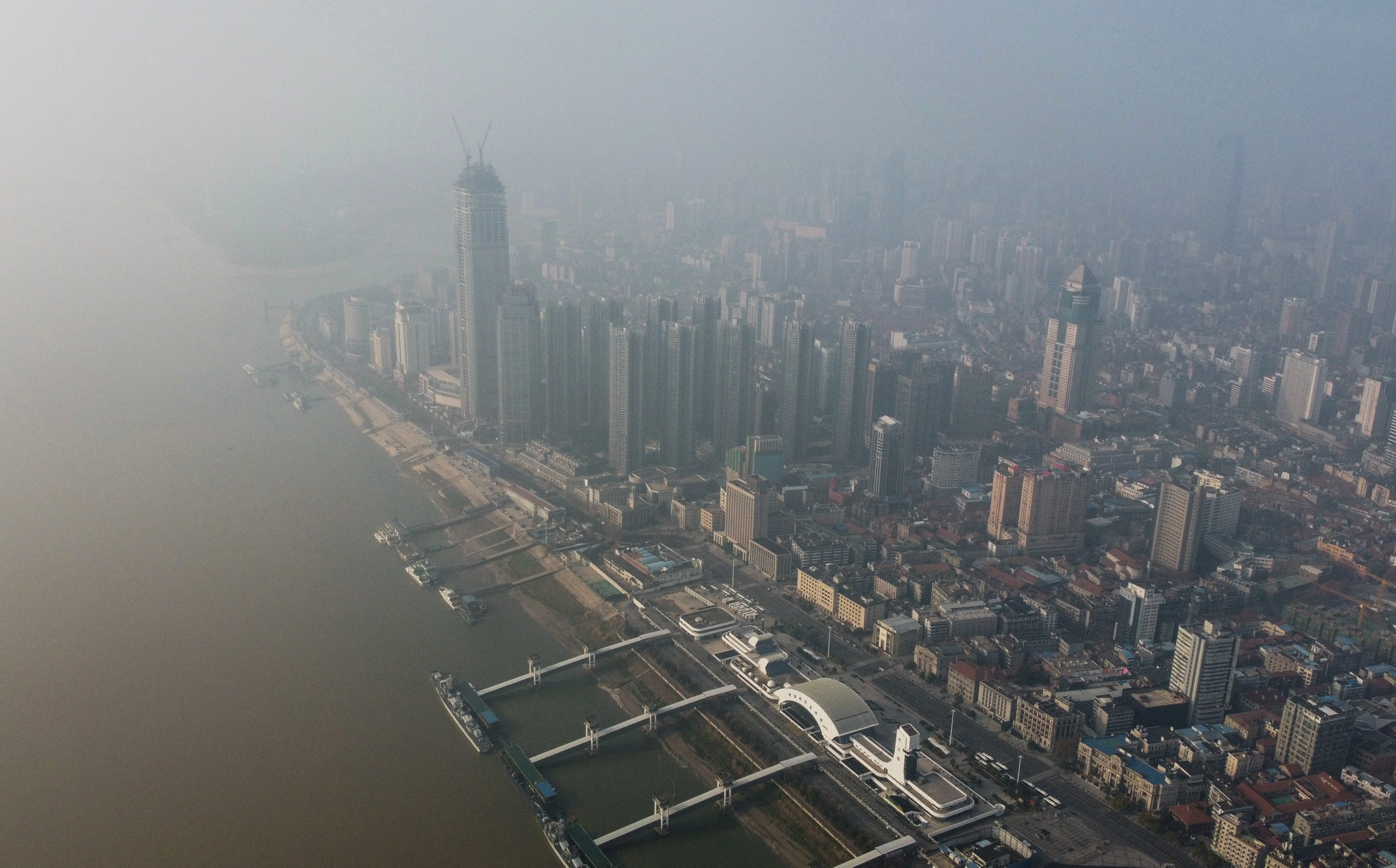 An aerial view shows residential and commercial buildings of Wuhan in China’s central Hubei province on January 27, 2020, amid a deadly virus outbreak in the city. (Photo by HECTOR RETAMAL/AFP via Getty Images)

“We join in expressing shared concerns regarding the recent WHO-convened study in China,” the State Department and 13 other nations, including Australia, Canada and the United Kingdom, said in a statement Tuesday.

“The international expert study on the source of the SARS-CoV-2 virus was significantly delayed and lacked access to complete, original data and samples,” the statement said.

“We underscore the need for a robust, comprehensive, and expert-led mechanism for expeditiously investigating outbreaks of unknown origin that is conducted with full and open collaboration among all stakeholders and in accordance with the principles of transparency, respect for privacy, and scientific and research integrity,” the statement continued. (RELATED: US Researcher With Chinese Ties Admits He Convinced WHO Team That Missing Wuhan Lab Data Was Irrelevant)

“We support a transparent and independent analysis and evaluation, free from undue influence, of the origins of the COVID-19 pandemic,” the countries’ statement says.

World Health Organization advisory committee member Jamie Metzl tweeted Tuesday: “The tragedy is that over a yr after the pandemic began, with millions dead & billions disrupted, there’s no credible int’l pandemic origins investigation. Because our future safety depends on understanding how this tragedy began & our ensuing failures, that should terrify us.”

21/ The tragedy is that over a yr after the pandemic began, with millions dead & billions disrupted, there’s no credible int’l pandemic origins investigation. Because our future safety depends on understanding how this tragedy began & our ensuing failures, that should terrify us.

U.S. officials have also expressed concern that Daszak, the only U.S. citizen on the WHO-led mission to Wuhan, may have a conflict of interest, the Journal reported. He is head of a nonprofit called EcoHealth Alliance that used a grant from the U.S. National Institutes of Health to conduct research on the diseases of humans and bats at the Wuhan Institute of Virology.

Daszak predicted earlier this month that it may be years until we know COVID-19’s origins: “Within the next few years we’ll have real significant data on where this came from and how it emerged,” Daszak said at a webinar organized by Chatham House, a think tank in London. (RELATED: The Man At The Center Of The World’s Biggest Story Has A Conflict Of Interest. Why Won’t The Media Report It?)

“We’ve got real concerns about the methodology and the process that went into the report, including the fact that the government in Beijing apparently helped to write it,” Secretary of State Antony Blinken said on CNN’s “State of the Union” on March 25.

China “has not been transparent. They have not provided underlying data. That certainly doesn’t qualify as cooperation,” White House press secretary Jen Psaki said of the WHO’s report on Tuesday.

National security adviser Jake Sullivan shared concerns about lack of data during an interview with “Face the Nation” in February: “We do not believe that China has made available sufficient original data into how this pandemic began to spread both in China and then eventually around the world. And we believe that both the WHO and China should step up on this matter.”

Former President Donald Trump cut off U.S. funding for the WHO in April 2020, saying it had helped China obfuscate origins of the coronavirus. The U.S. rejoined the WHO under the Biden administration.

A group of scientists and academics, members of Congress and others have called for a separate, more independent investigation.

China’s Ministry of Foreign Affairs said in a statement on the report Tuesday: “China has always been a supporter for global scientific research on the source of the virus and its transmission routes … Study of origins is also a global mission that should be conducted in multiple countries and localities.”