Virginia’s Supreme Court ruled Thursday that statues of  Confederate Generals, including Robert E. Lee, can be removed from the city of Charlottesville.

The decision overturned a Circuit Court decision that ruled in favor of residents who tried to block the city from taking down the statue of Lee and General Thomas J. Jackson, better known as ‘Stonewall’ Jackson. The city council had voted to remove both statues following a deadly rally in 2017. 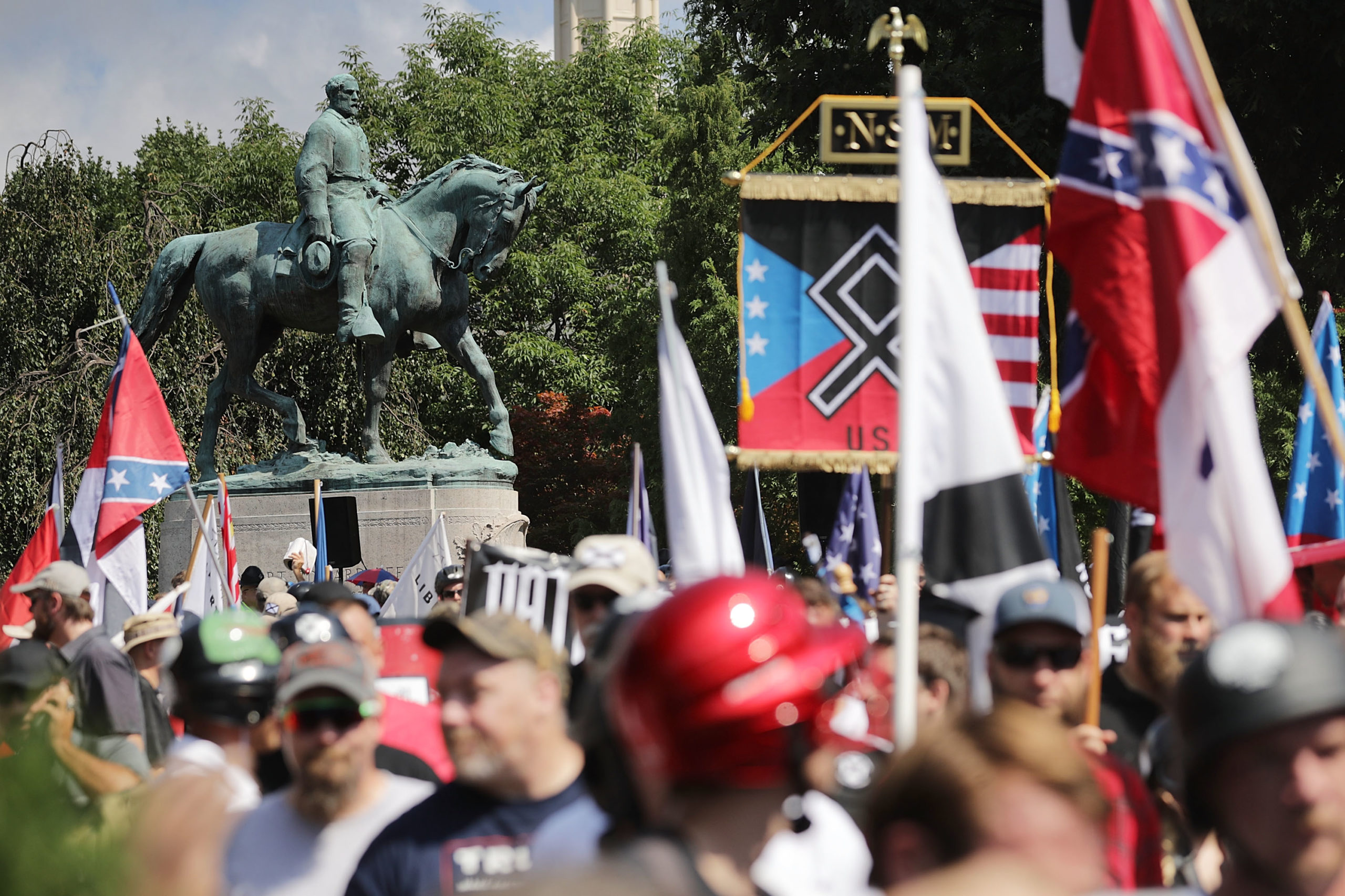 CHARLOTTESVILLE, VA – AUGUST 12: The statue of Confederate General Robert E. Lee stands behind a crowd of hundreds of white nationalists, neo-Nazis and members of the “alt-right” during the “Unite the Right” rally August 12, 2017 in Charlottesville, Virginia. (Chip Somodevilla/Getty Images)

The Monument Fund, Inc. and the Virginia Division of the Sons of Confederate Veterans, Inc. sued the city over the removal. The groups argued a 1997 law enacted by the state’s general assembly prohibited the city from removing the statues. The city countered the law could not be applied retroactively and the statues could be removed, according to the court’s ruling.

The state Supreme Court ruled in favor of the city, noting the lower court failed to correctly interpret the statute as written.

“The circuit court erred in failing to interpret the statute according to its plain language meaning,” the court ruled.(RELATED: Richmond Mayor Uses Emergency Powers To Immediately Remove Confederate Statues)