Kemp released a statement criticizing the MLB for announcing that they will move the All-Star game and draft out of Atlanta due to the state passing the new election law. The game was set to be held July 13 at Truist Park, home of the Atlanta Braves. The MLB moved the location due to the new voter laws, however, which require among other things that voters provide a photo ID such as a drivers license when they submit an absentee ballot.

“Today, Major League Baseball caved to fear, political opportunism, and liberal lies,” Kemp said, according to The Hill. “Georgians – and all Americans – should fully understand what the MLB’s knee-jerk decision means: cancel culture and woke political activists are coming for every aspect of your life, sports included. If the left doesn’t agree with you, facts and the truth do not matter.” (RELATED: EXCLUSIVE: Rep. Banks Demands Answers From MLB On Possible Protest Move Over GA Voting Law) 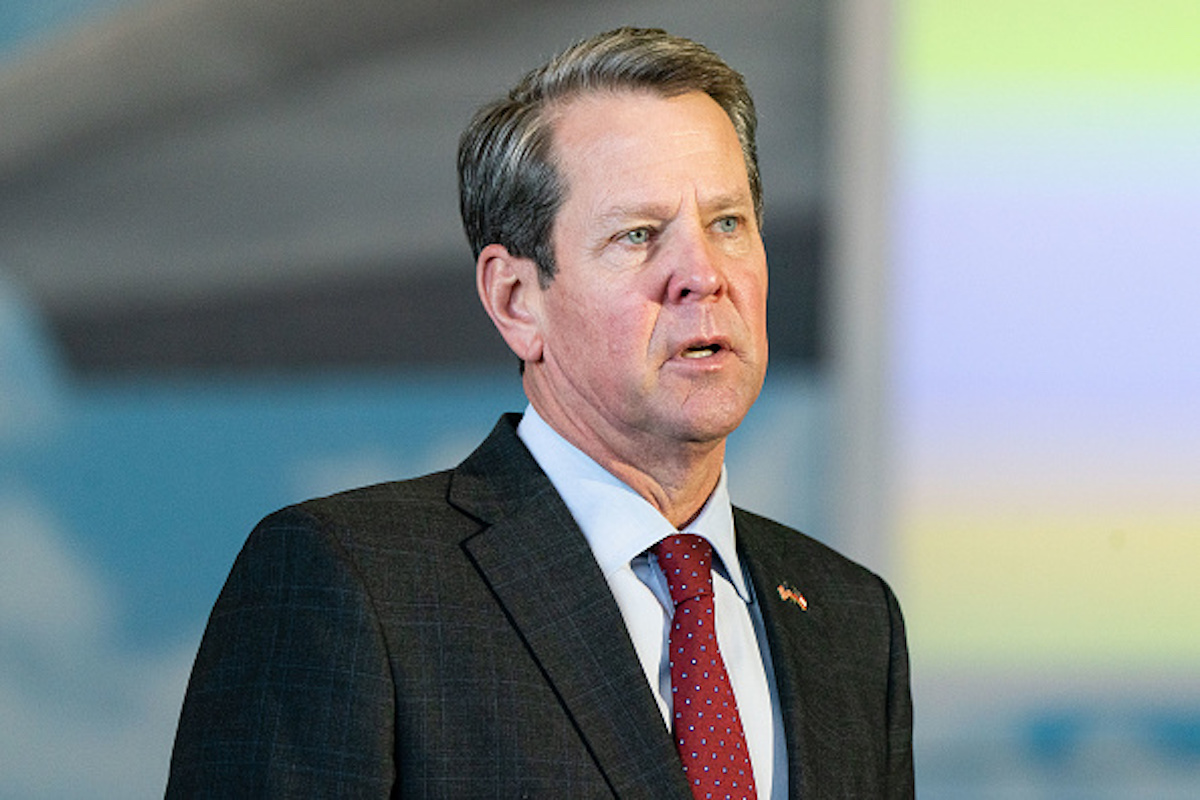 “This attack on our state is the direct result of repeated lies from Joe Biden and Stacey Abrams about a bill that expands access to the ballot box and ensures the integrity of our elections,” he added, referencing President Joe Biden and voting rights advocate Stacey Abrams, whom he defeated in the 2018 gubernatorial race. “I will not back down. Georgians will not be bullied. We will continue to stand up for secure, accessible, fair elections.” (RELATED: Georgia Sen. Ossoff Breaks With Biden Over Baseball Boycott Due To New Voting Law)

Biden was asked about moving the All-Star game in a Wednesday interview with ESPN, to which he said the MLB should move it out of Georgia. (RELATED: Biden Pressures MLB To Move All-Star Game Out Of Atlanta Over GA Voting Law)

“Look at what’s happened across the board. The very people who are victimized the most are the people who are the leaders in these various sports,” Biden said when asked about moving the game by ESPN’s Sage Steele on Wednesday. “I would strongly support them doing that. People look to them. They’re leaders.”