Around 1,000 illegal migrants are entering the interior of the U.S. daily without overwhelmed border officials able to gather identifying information or take them into custody, The Washington Post reported Friday.

Customs and Border Patrol (CBP) officials are occupied processing unaccompanied migrant minors and family units while attempting to control the number of male adults who enter the U.S., leading to some illegal migrants entering the U.S. unknowingly, according to three CBP officials who asked for anonymity because they were not authorized to speak on the matter, the Post reported. The number of migrants who are able to evade officials, known as “got aways,” has increased substantially in recent weeks, two of the officials told the Post.

A “got away” is someone who crosses the border illegally, is not apprehended and has not been turned back, according to CBP. The agency spent over $1 billion in the last 20 years on surveillance technology to monitor for illegal crossings, though officials haven’t always able to apprehend illegal migrants. 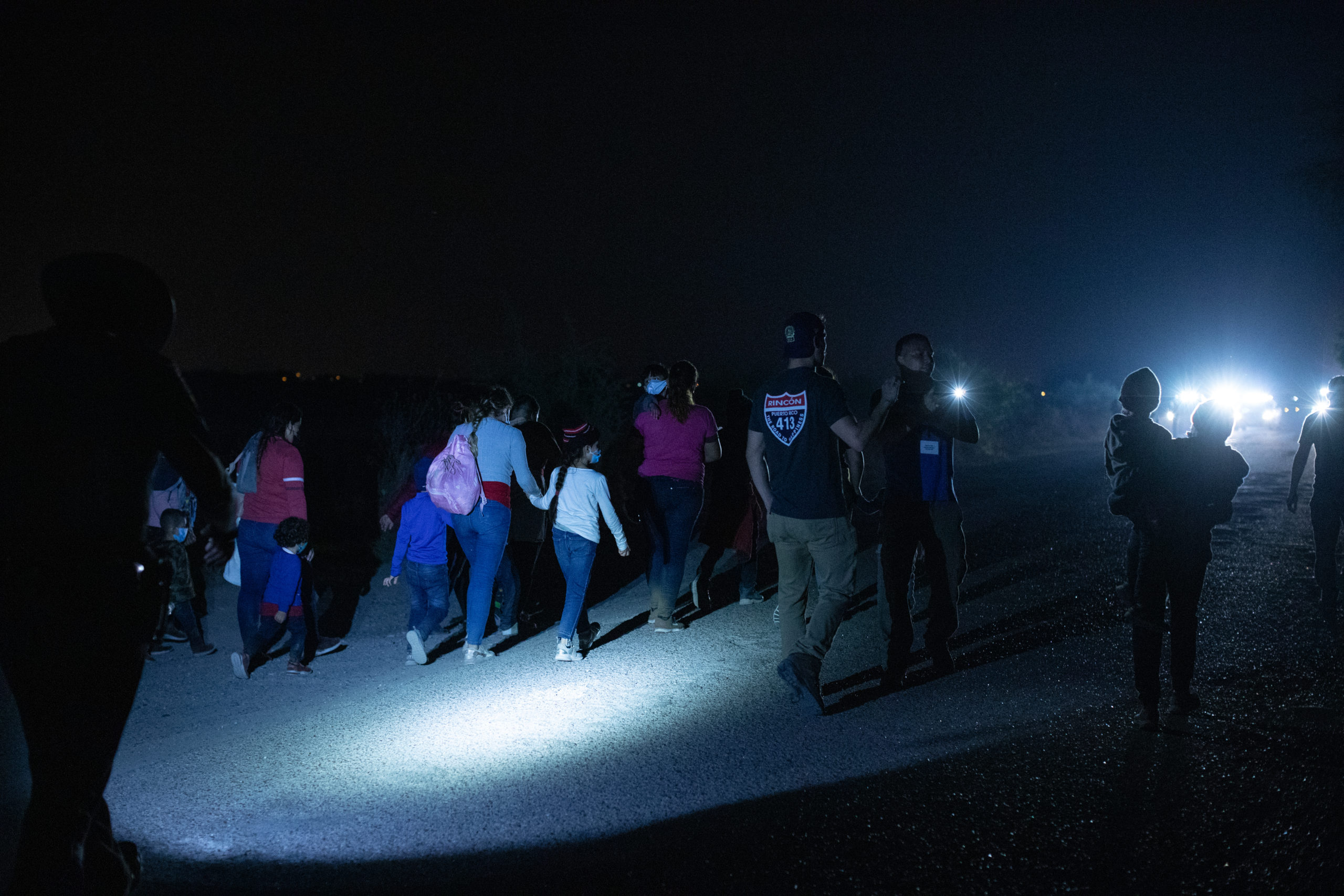 Illegal migrants wait on the side of a public road to be processed and taken to Customs and Border Protection facilities in La Joya, Texas on March 25, 2021. (Kaylee Greenlee – Daily Caller News Foundation)

Small groups of migrants, some transporting narcotics, have been crossing in remote areas of southern Arizona where it’s difficult for officials to apprehend them, a CBP official told the Post. Smuggling organizations have sent “small groups of two, three or four, and that quickly occupies all the agents available to go after them,” the agent said.

“There are maybe 20 groups a day that are observed, but there’s nobody to try to go after them,” an agent told The Post. “They just keep walking until they’re out of sight.”

Border Patrol Deputy Chief Raul Ortiz said the agency recorded 1,000 got aways in a 24-hour period in February which was unusual at the time, the Post reported.

CBP officials have devoted time and resources to transport illegal migrants, including unaccompanied minors and family units who surrender to law enforcement so they can apply for refuge in the U.S., the Post reported. Officials are required to prioritize processing families and minors who surrender, though facilities can be hours away from where they’re encountered.

Mexican criminal organizations often organize groups of hundreds of illegal migrants including family units and unaccompanied minors to overwhelm CBP officials while they smuggle narcotics or single adults into the U.S., the Post reported. (RELATED: PHOTOS: Groups Of Illegal Migrants Wait On The Side Of A Road Overnight For Border Agents To Take Them Into Custody)

Commanders sometimes send special units to follow up in the area where large groups cross illegally, retired official Rodolfo Karisch told the Post. “But they can get overwhelmed, too, especially if they run into people in distress who require aid,” Karisch said, the Post reported.

CBP expects to apprehend over 160,000 migrants in March alone, including a record number of unaccompanied migrant minors projected to reach around 18,000, the Post reported. Over 90,000 single adult migrants were apprehended in March, though most of them were expelled to Mexico under the Title 42 public health order that allows for rapid deportations to contain the COVID-19 pandemic.