A senior Air Force general criticized the U.S. Army’s plan to set up long-range missiles in the Pacific, calling it a “stupid,” wasteful, and costly endeavor.

“Why in the world would we entertain a brutally expensive idea when we don’t, as the [Defense] Department, have the money to go do that?” Air Force Global Strike Command Chief Gen. Timothy M. Ray said Wednesday in an interview for the Mitchell Institute’s Aerospace Advantage Podcast.

“I genuinely struggle with the credibility of that plan. I just think it’s a stupid idea to go invest that kind of money to recreate something that [the Air Force] has mastered,” the general further commented.

The Army intends to improve its long-range precision fire capabilities as part of a plan to upgrade itself into a modernized force capable of defending the country from adversaries like China and Russia, Defense News reported.  (RELATED: ‘Where Does This End?’: Tucker Carlson Says US Military Focused On ‘White Fragility’ And Racism, Not Security)

According to a white paper released on Mar. 16, the Army plans on transforming itself into a “multi-domain force,” capable of doing certain tasks the Air Force, Navy, Marine Corps, and Space Force generally take in long-range strikes, maritime and amphibious combat, and operations in space.

As part of this broad vision, the force seeks to deploy hypersonic weapons capable of rapidly striking enemy missile launchers and airfields by 2023, according to reporting from Air Force Magazine and Defense News.

One of the regions where the Army will set up such a system would be the Pacific.

“I kind of get it in Europe, but I completely don’t get it in the Pacific,” Ray said as he criticized the feasibility of the plan.

For it to work, according to Ray, U.S. allies and partners should permit the Army to set up the long-range missiles on their territory.

“I can see some of them probably agreeing in the European theater, maybe the Central Asian theater … I don’t see it coming together with any credibility in the Pacific anytime soon,” he said.

Army Chief of Staff Gen. James McConville said during a Mar. 25 Brookings Institute event titled “How The Army Is Adapting To Great Power Competition” that the Army places enormous importance on obtaining strategic counter-fire and hypersonic weapons because such arms will help the force neutralize threats from ships, air defenses, and anti-access/area-denial capabilities that could stifle the Army’s maneuverability. (RELATED: ‘True Equality Comes From Real Achievement’: Female Army Ranger Says Lowering Standards For Military Women Is A Mistake) 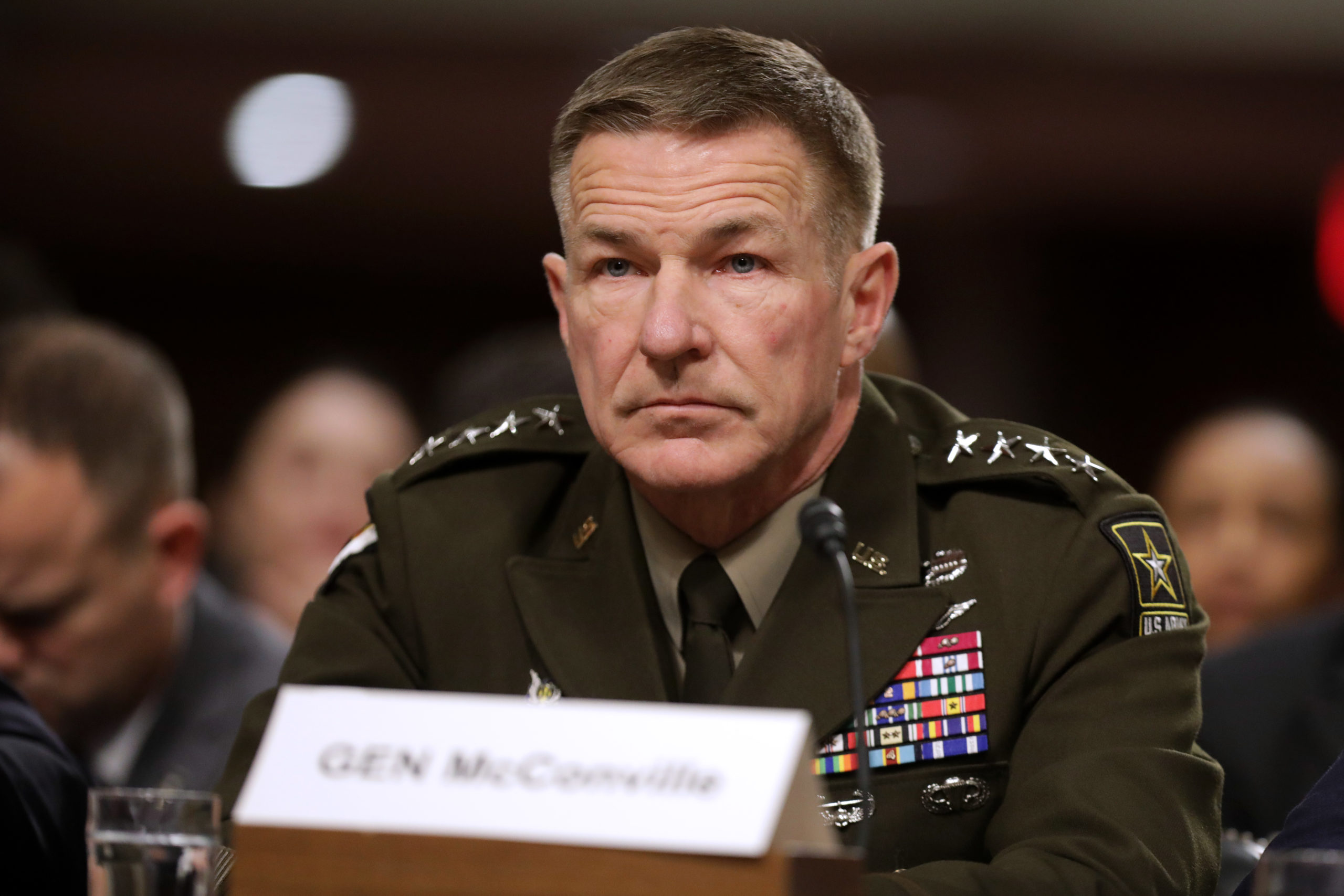 The Army’s plans provoked disagreements with airpower advocates, who see the Army’s proposed systems as less effective and redundant, Defense News reported. According to these advocates, which includes Ray, the Air Force’s bomber fleet is more effective in infiltrating enemy airspace and striking missile defenses.

For the most part, Air Force leaders have not commented on concerns surrounding how the Army’s proposals could take some money away from the Pentagon’s budget, Defense News reported.

The Air Force frequently engages in bomber task force missions worldwide and can quickly respond during a crisis, Ray said, adding that by 2022 it would deploy its first hypersonic missile launchable from the air.

“You’ve got a bird in the hand, a proven capability, a team that knows what it’s like, understands how we could do things around the globe so quickly, knows how to integrate the kill chains,” the general said. “Why are you trying to recreate that, unless there’s a parochial interest?”